The Kansas City Chiefs have a lot of new faces in the wide receiver room this offseason.

They’ve created a ton of competition in the wake of the Tyreek Hill trade, and with over 2,000 receiver snaps from last season lost, they’re going to need some players to emerge from that competition. One player who is seeing a bit of hype recently is a reserve/future signing that landed with the team back in February.

Responding to a tweet from former NFL QB Robert Griffin III about the depth of the Chiefs’ WR unit, NFL Network’s Peter Schrager named Justin Watson as “the one to watch.”

A fifth-round pick in the 2018 NFL draft out of the University of Pennsylvania, Watson spent the past four seasons with the Tampa Bay Buccaneers.

In the NFL with the Bucs, Watson has recorded just 23 career catches for 258 yards and two touchdowns over his four seasons. He played 666 snaps on special teams compared to 461 snaps on offense during his time in the NFL. He was due for a big 2021 NFL season, but offseason knee surgery ended his year before it really got off the ground. It also ended his tenure with the Buccaneers.

So where exactly is the hype for Watson coming from with Schrager’s comment? It could be the fact that back in OTAs, when Chiefs QB Patrick Mahomes was asked to name a player who impressed him out of the new crop of receivers, Watson was the player he named.

“Watson has been a pleasant surprise,” Mahomes said. “That dude can roll. I remember he came down to Texas and I threw with him the first day. I called (Brett) Veach and I was like, “Wait, how fast is this guy?” Because he was running so fast that I was late on my throws. So he’s got out here these first two days and had two great days.”

It could also be the fact that Schrager is pretty plugged in with Kansas City. He was onto Trey Smith’s meteoric rise during the 2022 offseason in which the former Tennessee Volunteer became the starting right guard for the Chiefs. He could very well be onto something similar with Watson, who has notably taken some first-team repetitions during OTAs and mandatory minicamp.

Look for Watson to potentially be one of the stories to watch for K.C. during the course of training camp.

Here is where Andy Reid ranks among Chiefs head coaches 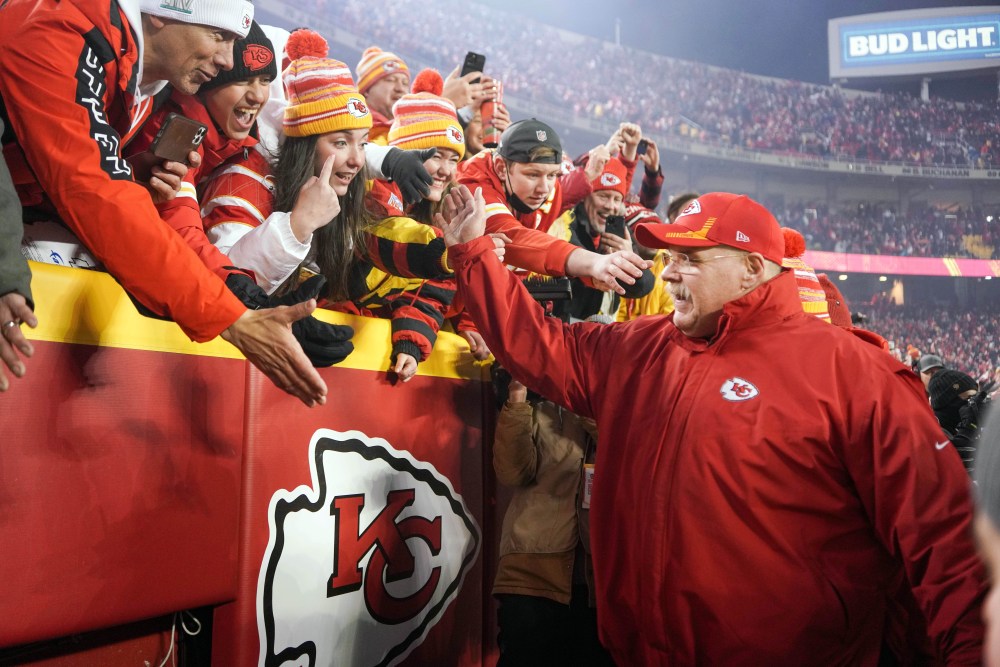