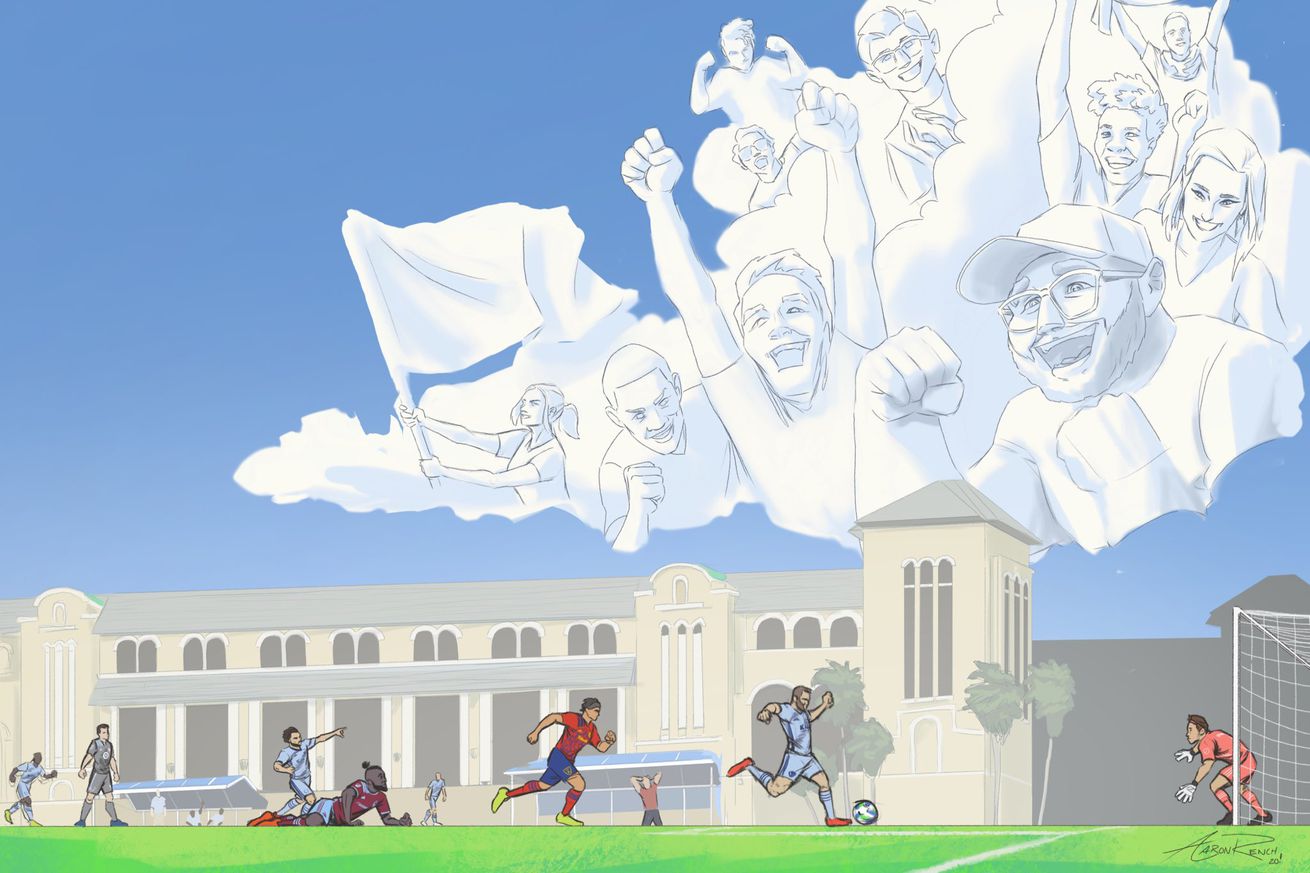 MLS is Back. SKC and MIN kick off Group D.

Where: ESPN Wide World of Sports in Walt Disney World

When Sporting Kansas City and Minnesota United take the field Sunday, it will have been 127 days since SKC last played a game. Whether games should be played or not is most definitely up for debate. The world and specifically the United States, are deep in the throes of a pandemic, but today, let’s talk soccer.

The two best teams in Major League Soccer (based on the amazing two game sample size) are meeting in the Group D opener. Sporting KC and Minnesota United are first and second respectively in the Supporter’s Shield standings by virtue of winning both of their games (the Colorado Rapids and Atlanta United won as well) and by having the best goal differential of the four teams (SKC +6, MIN +5, ATL/COL +2).

The teams got there in different ways though. Sporting won on the road against the Vancouver Whitecaps (3-1) and stomped the Houston Dynamo at home (4-0). Minnesota on the other hand won two games on the road against the Portland Timbers (3-1) and San Jose Earthquakes (5-2). It seems clear Minnesota had the tougher slate, but they’ll be missing a key element of their team — Ike Opara. More on that shortly.

What’s Changed in Minnesota Since 2019?

Minnesota are coming off their best season yet in 2019. They bombed out of the playoffs but they were impressive in the regular season. They look to build upon that by returning most of their top contributors.

Their biggest loss is likely goalkeeper Vito Mannone, who was 2019 MLS Goalkeeper of the Year. He is replaced by former LAFC keeper Tyler Miller. The other notable losses are former number one SuperDraft pick, the under-performing forward Abu Danladi and Designated Player Darwin Quintero who provided a ton going forward, but not much in the way of defense.

The additions on the other hand are pretty good. Most notably is new striker Luis Amarilla on loan from Velez Sarsfield, he’s scored two goals in two games so far. They also added forward Aaron Schoenfeld via transfer from Maccabi Tel Aviv. They added a handful of MLS veterans in midfielders as well in Marlon Hairston, James Musa (formerly of SKC), Raheem Edwards and Jacori Hayes.

*This story will be updated with the official injury report when it’s available.

Former SKC center back and 2019 MLS Defender of the Year, Ike Opara, will not be with Minnesota. He has remained home while rehabbing from an injury (though head coach Adrian Heath hopes to have him back in the knockout rounds). His absence will be missed greatly. He is the most important part of their defense and he already scored two goals in 2020. E Pluribus Loonum, our sister site, is a better spot to hear about what to expect from Minnesota. Let’s talk Sporting.

Sporting KC won’t be fully healthy either. Their 2019 team MVP Felipe Gutierrez, who didn’t appear in the first two games either, is out for all of 2020. In addition, Sporting KC won’t have CB Andreu Fontas, who also didn’t travel with the team, though he’s hardly played in the last two years (15 appearances, 11 starts) despite being the de facto replacement for Opara.

But let’s get to who starts. Barring there being an unknown injury from training, it would seem the lineup from the first two games will continue. I’ll continue to place Russell on the right wing despite that it’ll probably be Shelton. Either way, they should swap wings throughout the game.

You read that right, MLS teams can dress 23 players and make five substitutes (but only three actions outside of halftime). That makes it easier to predict who makes the game day roster as only three players get left out. I chose CB Graham Smith (unless Winston Reid isn’t ready, then he could be out), third string GK John Pulskamp and Homegrown Tyler Freeman.

Cam Duke is newer to the first team than Freeman, but PV spoke so high of him I have to think he’s earned a spot. “[Duke’s] got something that’s started to blossom in a really short period of time,” said Vermes. He went on to state as a potential replacement for the injured Gutierrez that, “he’ll be an interesting player.”

You guys 100 percent agreed that the lineup won’t change and it wasn’t really close. The “closest” race was for the second winger spot between Shelton (64.5%) and Gerso (32%) and that wasn’t close. Here are the next players up after Gerso who aren’t starters but picked up at least 10 percent of the vote: Botond Barath (12.3%), Gianluca Busio (12.3%) and Daniel Salloi (10.0%).

Sporting have been routinely picked to advance out of the group but it would seem their biggest challenge is Minnesota United. Something working against both teams is the lack of a second preseason. When they got off to hot starts, they had just wrapped up preseason. Now four months have passed without any games being played.

One advantage SKC could have is they were the first team to return to full training and their fitness — a staple of how they play — could give them an advantage. Additionally Peter Vermes has kept his team training in the heat of the day in KC to best simulate the sweltering heat in Orlando.

I’m always hesitant to pick winners, but I’ll say Sporting pulls out what could be a high scoring, sloppy effort. Minnesota doesn’t have Ike. But they have scored lots of goals on the counter and set pieces, which is where Sporting are the weakest. But Minnesota has somewhat sat back and absorbed pressure, which will be harder to do without Ike. I’ll say SKC’s fitness comes through in the Group D opener of the COVID Cup Disney Cup MLS is Back Tournament.

What do you think? Predictions in the comments are welcome. MLS is Back! Let’s chat about it.