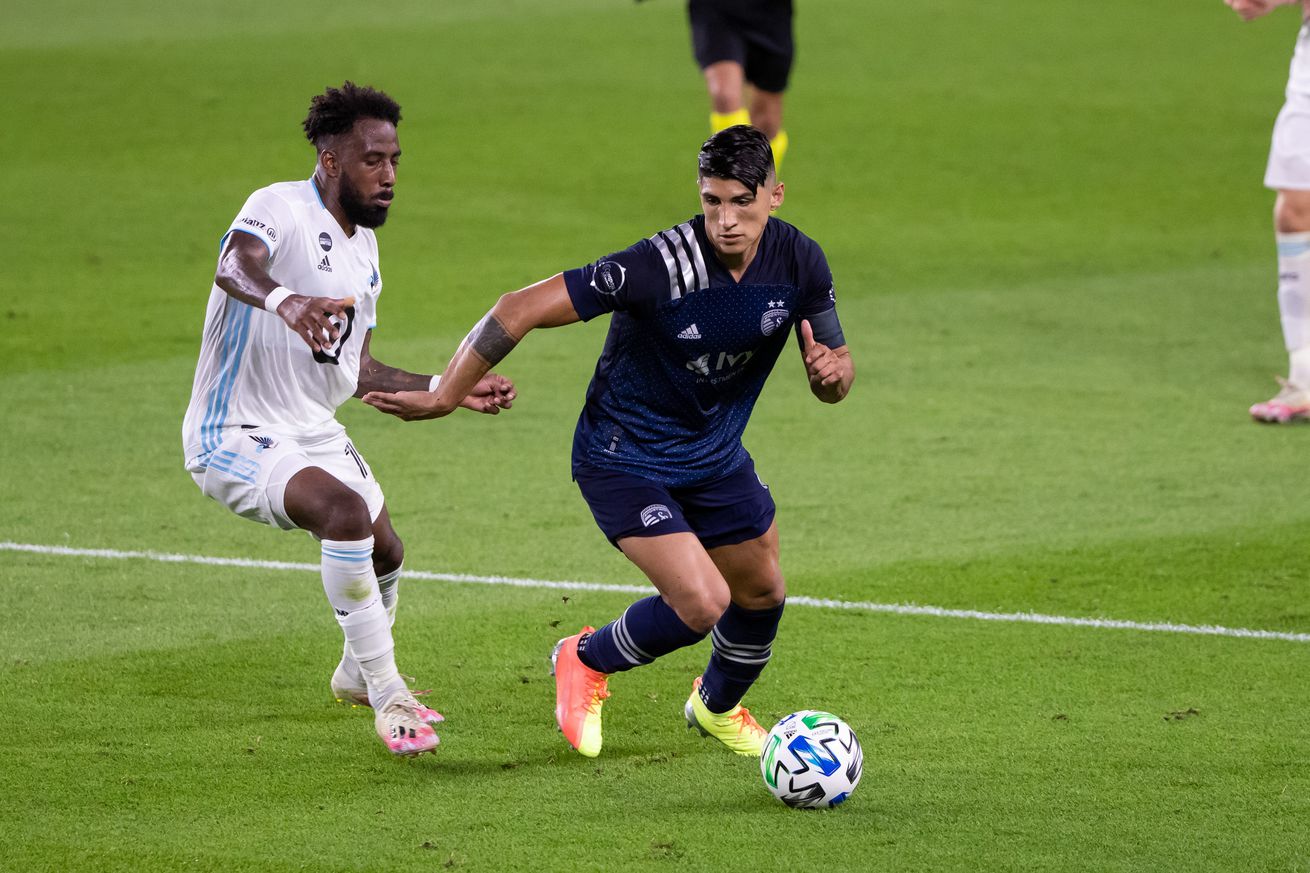 First place is on the line again.

MLS in 2020 is like Groundhog Day, staring Bill Murray. Except with Sporting Kansas City, they wake up and just play Minnesota United again. For the third time this season, SKC play Minnesota and for the second time it will determine who is first in the MLS Western Conference (*that was until the Seattle Sounders pummeled the San Jose Earthquakes Thursday night).

The two clubs enter the match on Sunday with the same number of games played, wins and the same goal differential. However, Minnesota are technically in first place (*second now, damn Seattle!) as they have scored one more goal than Kansas City this year after they nabbed three on Wednesday against FC Dallas.

Sporting KC enter the match icy cold. Their last win was their 2-1 road win against Minnesota five games ago. Since then they are 0-2-2 in matches against the Houston Dynamo (x2), FC Dallas and the Colorado Rapids.

Minnesota had been in a slump, losing three straight starting with the Sporting KC match (four if you count being bounced from MLS is Back). That was before they reeled off back-to-back wins against Real Salt Lake (4-0) and Dallas (3-2). Both of those games were at home. Sunday will see them travel to KC for the first time in more than a year since they lost 1-0 to the 2019 version of SKC.

What’s Changed for Minnesota Since the Last Meeting?

The big news for Minnesota (and technically their only news) is the signing of Designated Player Emanuel Reynoso. He is an attacking midfielder who joined the club from Argentina giants Boca Juniors on September 1st. In the two games he’s started since arriving Minnesota are undefeated by a combined margin of 7-2. He already picked up two assists as well. He’s having an impact. Our sister site, E Pluribus Loonum, can tell you all about what else he means to the club.

While there are no other additions the team did add center back / left back Bakaye Dibassy just before these teams met a few weeks ago but Dibassy didn’t debut until the final three minutes of the Dallas game. He came on shortly after the red card was given to Romain Metanire for defensive help. Some believe he’ll help fill the gap by the mysteriously still missing Ike Opara.

For all the other transactions Minnesota had, head to our previous preview for a deeper dive.

*This will be updated with the official injury report. Also, we should hear from PV on Friday at his press conference.

I’m going to make you wait for this one this week. A separate story will be coming on Friday (though we’ll come back and add the link when it’s up) after we’ve had a chance to talk to Peter Vermes and get some updates on Alan Pulido, Roger Espinoza and Ilie Sanchez.

It’s hard to say a game is a must-win with 13 games to play in a season but with how Sporting KC have dealt with their schedule congestion, it seems you’d need to win all your games on full rest. They did it last time they had rest coming off the MLS is Back break and they need to do it again this time.

Minnesota, while recently in form, are pretty beat up. They are without the entire spine of their team from goalkeeper through striker (and arguably their backup striker). If Sporting KC can’t take advantage of that there could be issues. If they come out and win emphatically then they can quiet the doubters a bit. I have a feeling they get it done, but it won’t be easy. If Alan Pulido is healthy, that’ll sure help a ton.