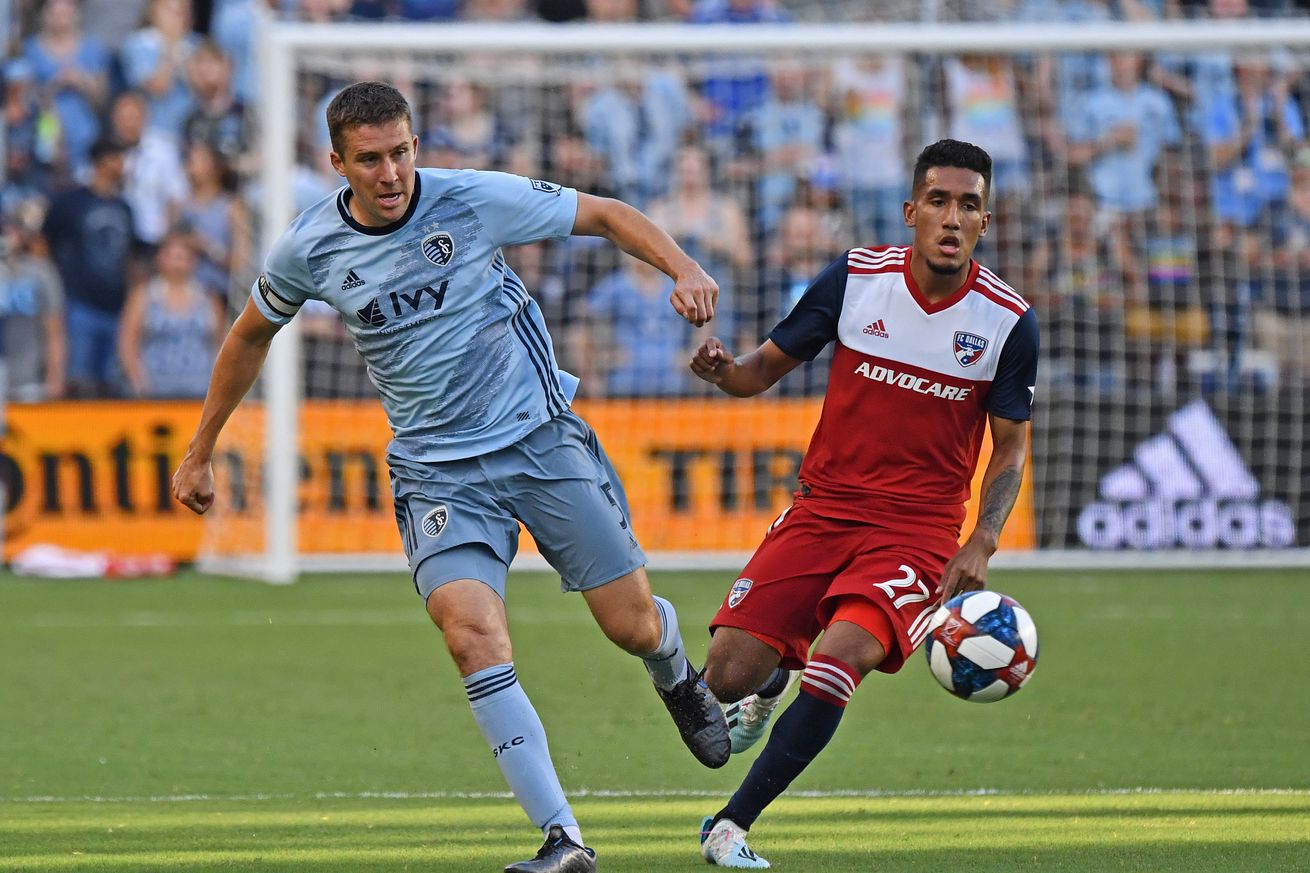 Sporting Kansas City enter the Dallas game coming off a relatively tough week. They leaked in six goals in two games (five against Houston) and only managed a single point. FC Dallas had a very different week — having their Colorado Rapids home game postponed and then they crushed Minnesota United on the back of quick goals from Fafa Picault and Jesus Ferreira about a minute apart from one another.

Dallas has two games in hand on SKC but they trail by seven points. They need to pick up a win to close the gap between first and sixth place.

The last time these teams met Dallas trounced Kansas City 6-0 on Decision Day 2019. That game included lots of SKC Homegrown players starting and the one and only MLS start for Eric Dick in goal. It also was at a time when the season was long over for Kansas City. A mix of veterans with “kids” this time out by KC should be enough to keep the game close.

Something to watch for is that Dallas have some real speed on the wings in players like the above-mentioned Picault and Michael Barrios, who famously was so fast he had a hat-trick against an Ike Opara led defense in 2018. Tactically, it’s something to watch. Peter Vermes probably needs to not push the fullbacks too far up the field.

What’s Changed for Dallas Since 2019?

The first new opponent of 2020 since waaay back at that Philadelphia Union game. Let’s take a look at who is in and who is out for Dallas.

FCD also traded for the aforementioned Fafa Picault from the Philadelphia Union for up to $375,000 in allocation money. And of course they added more Homegrown signings: defender Eddie Munjoma, GK Carlos Avilez and midfielder Tanner Tessmann who passed up being a kicker at Clemson to go pro in soccer.

*This will be updated with the official injury report, though this feels pretty accurate.

Vermes said that Espinoza or Reid cramped early and came off to avoid further injury, neither one too serious and are “day-to-day”. #SportingKC

^Pulido put two off the crossbar against Houston and they ultimately were put in. They don’t count as assists, but it’s another way he’s impacting the game.

Go check that out over here. I try to break down a few questions:

Plus we tally your fan votes to see if you guys cumulatively agree with me. It was close and I was surprised.

Sporting KC typically go for the win at home. The 2-5 loss to Houston was a disaster and showed they can’t just push forward blindly. If they do in fact not have Ilie Sanchez, Roger Espinoza and Winston Reid, that’s a lot of veteran leadership not on the field and a lot of kids replacing them. I’ve long advocated for “playing the kids” but they will inevitably make some mistakes. If Sporting KC can score early and often, they can run away with this. However, their finishing (and xG) have been poor lately. They need to find their scoring boots to have a chance.