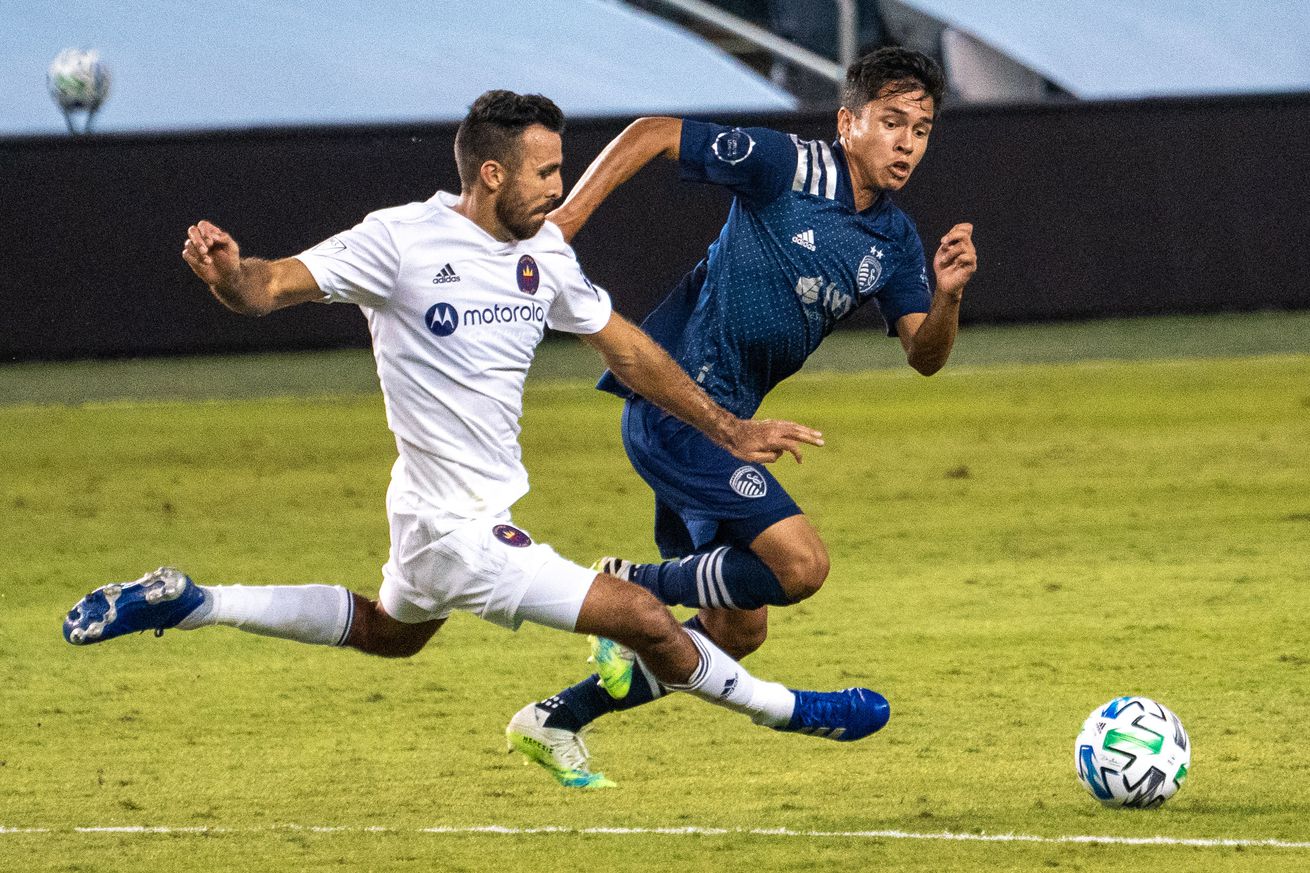 A home and away interconference game series? More 2020 weirdness.

Sporting Kansas City are still reeling from their robbery of a point on Wednesday night but there is no rest for the weary as they get less than two full days off before flying to Chicago for an early game. The Chicago Fire on the other hand got Wednesday night off (just like Dallas did in their game before KC) because Minnesota United are having COVID-19 issues. That’s a bit unlucky.

Maybe in a bit of luck, Sporting will get off in the middle of next week because of yet another Colorado Rapids postponement. So there is no reason not to leave it all on the field on Saturday since they’ll have the week to recover and get some actual days off.

The Fire enter Saturday in a tie with Atlanta United for the 10th and final playoff spot (how are Atlanta in the playoffs after being awful?) in the expanded Eastern Conference. They’ll be looking for revenge for the sloppy 1-0 defeat they suffered to SKC via the head of Winston Reid. I’d guess Brandt Bronico will not be marking the much taller Reid on any set pieces this weekend.

Since the Sporting game, Chicago has only played once (KC played twice). Chicago won over the hapless D.C. United, in what was also a home game for them. The Fire have somewhat of a fortress going on since returning to Solider Field as they are 4-1-1. That’s not good for a tired KC team who never were that good at Soldier Field going 1-7-1 lifetime. But as a point of reference, the last meeting was way back in 2005 and KC won that. The league has changed a lot since then.

The only time Chicago remained scoreless was the Sporting KC game and that was via yet another Tim Melia penalty save.

What’s Changed for Chicago Since the Last Meeting?

Nothing. The game was a week ago. Let’s look at what I wrote at that time.

Lots! They have a new coach — Raphael Wicky — joining from Swiss giant FC Basel. But it doesn’t stop at the coach. They have a new (but old) stadium in Soldier Field and they went through a poorly received rebrand where they dropped the fire department logo (one of the coolest, most unique logos in sports).

IN: Chicago have reshaped their team with lots of new additions. The biggest may be striker Robert Beric via transfer from Saint-Etienne (France). He leads the team in goals with seven, which is what you want from your striker. The team has also made six other transfers from around the world: Miguel Angel Navarro from Deportivo La Guaira (Venezuela), Boris Sekulic from Gornik Zabrze (Poland), Ignacio Aliseda from Defensa y Justicia (Argentina), Luka Stojanovic from FK Cukaricki (Serbia), Gaston Gimenez from Velez Sarsfield (Argentina) and Carlos Teran from Envigado FC (Columbia).

In addition, Chicago have added seven new Homegrown signings and a few other pieces to fill some gaps. It strikes me as throwing a lot of stuff at the wall to see what fits, but clearly the team was very bad for a long time, so a rebuild seems necessary.

*This will be updated as more information becomes available. The questionable section, as always, is a guess.

Time permitting, this will come out closer to the game.

Sporting Kansas City have scored* in every game this year (*they scored against Dallas Wednesday, the referees just screwed up). That said, they had a really tough time scoring against the Fire, even when they were playing at Children’s Mercy Park. At Soldier Field, on not quite two days rest with back-to-back road games, could be tough.

It’s unclear at this moment who will even be available. Khiry Shelton wasn’t even on the bench for Wednesday’s loss, likely recovering from whatever injury took him out of the Nashville SC game (Reid wasn’t on the bench either). Couple that with Johnny Russell and Gadi Kinda only getting a half off in a desperate attempt to come back against Dallas leaves SKC precarious on goal scoring ability.

Add to that Chicago being on fire (pun not intended) at home. They’ve scored eight goals in their last three home games. Hopefully Winston Reid is available Saturday to try to pitch another shut out. Add to that their full week off and they just seem to be in a much better place than Kansas City.

I think you have to admit, KC squeaked by with their three straight wins too. I think Sporting struggle to get this done. Just a few more games until Alan Pulido is back.