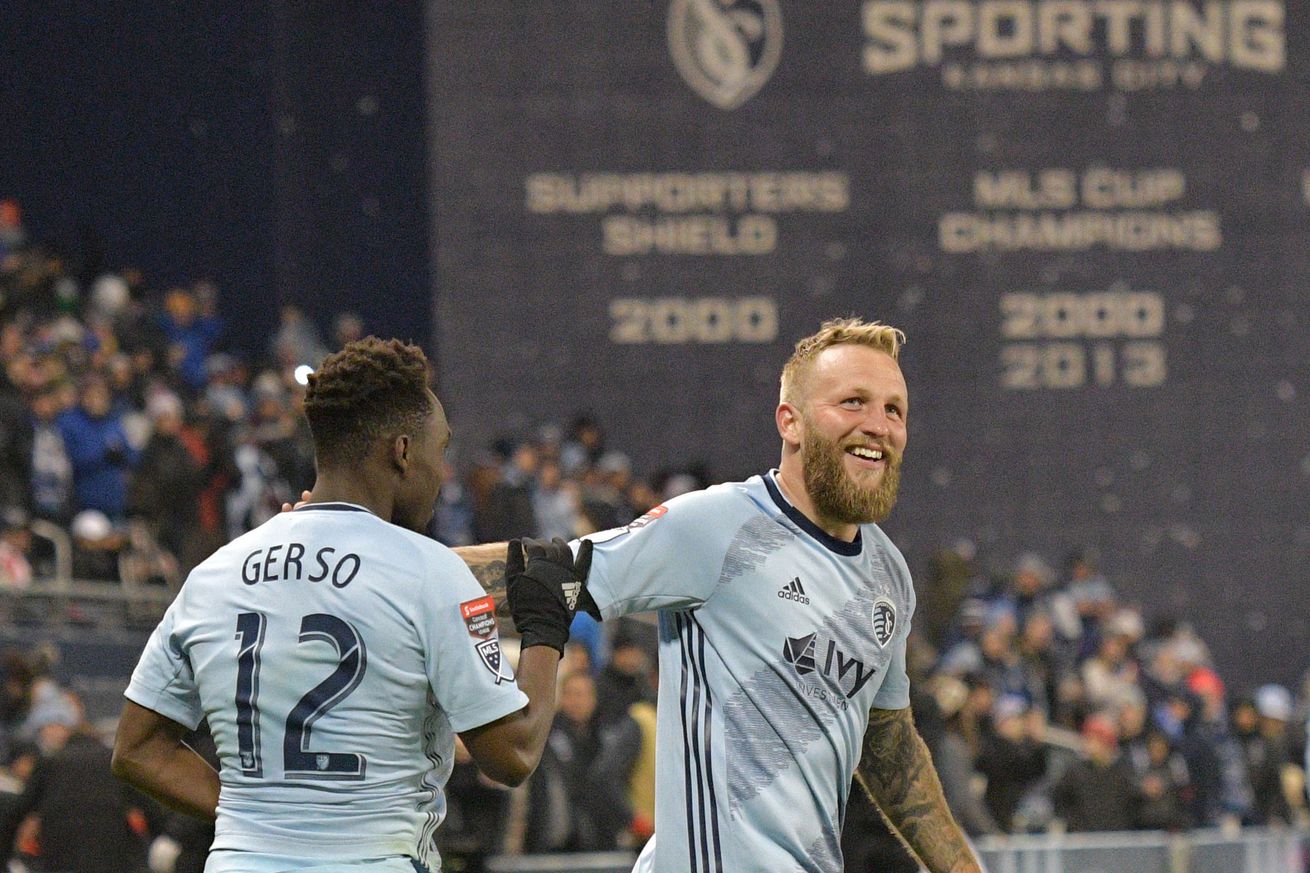 To rotate or not to rotate.

Sporting Kansas City play their final group stage game on Wednesday, July 22nd against Real Salt Lake. It could be their last game of the tournament, depending on how they perform and potentially lots of other teams perform. Let’s get to the predictions.

First, I’d like to point out I don’t think Peter Vermes will do much, if any rotation. He said the three group stage games are his focus and I’m taking that to mean he’ll do anything he can to win them. Right or wrong, he seems to think playing the same lineup gives him the best chance to win.

However, this will be the third game in 11 days once it goes down on Wednesday. The case is really there that the team looked fatigued and a portion of them need a break. So here is my, likely incorrect, predictions of changes that are coming. I do buy into his philosophy that you can’t play an entire 2nd squad as it leads to too much drop off. Instead, I’ll suggest a smaller set of changes.

Obviously with Tim Melia returning from red card suspension, he’ll be between the posts. Richard Sanchez should return to the bench, and even though he’s supposed to be available, I doubt we see rookie John Pulskamp.

It’s time for Graham Zusi to get a rest. I’m sure he doesn’t want to. I’m sure Peter doesn’t want him to. But Jaylin Lindsey is very promising and, frankly, Zusi’s defense hasn’t been great and I imagine fatigue (as with many of the suggested moves below) is playing a part. If PV truly hopes to field a Starting XI of all SKC Academy players one day, starting them at some point is a requirement.

You probably can’t afford too much squad rotation at the risk of a steep drop off. However, if you are going to keep one center back, it should probably be the captain Matt Besler. He’s a leader back there and you could put Winston Reid next to him if he’s healthy or even Graham Smith for fresh legs. If you are worried about a lack of pace, keep Lindsey closer to home.

Roberto Puncec had a down game, but I’d start someone else and be willing to bring him on with one of the many available subs. Unless things are going well then don’t mess with it. The only way they probably sub a CB is if Reid starts and he isn’t 90 minutes fit.

All that said, I suspect Puncec will still start since CBs often come in pairs.

At the risk of too many changes, I suspect we’ll still see Martins here. It was unfortunate for Amadou Dia that he came on and immediately had a bad turnover. Obviously that’s no way to judge him. There is always the possibility here that whatever caused Martins to come off in the dying minutes of the match could be enough to keep him out this game.

Alternative Defensive Lineup Plan: Change them all. If fatigue is as bad as it seemed, fresh legs, even if they aren’t quite as talented, could be better than tired ones. Plus Lindsey, Reid, Smith and Dia probably all practice together so they should have chemistry. I don’t foresee this happening though.

I don’t expect Ilie Sanchez to get a rest. Not to mention there is no clear replacement for him on the team with Gutierrez out for the season.

I don’t imagine a world where PV changes out both midfielders but one player needs to start above all others: Gianluca Busio. He’s once again the subject of European transfer rumors that specifically mentioned they want to see a lot more minutes from him to consider making an offer.

So Busio starts, but who does he start for? I think Roger Espinoza needs a break. He looked exhausted literally all the 2nd half despite his best efforts to burst forward. He got caught out on the 2nd goal from the Colorado Rapids. He needs a rest. Bring him in the second half if he absolutely must play.

Now can you leave Gadi Kinda and Busio on together? They are more like Dual #10s than dual #8s. But, I honestly think you can. Kinda does good work getting back on defense (even if he gives up stupid yellow cards a lot — that sounds an awful lot like Roger). If they are both too tired to go, Felipe Hernandez or even Cameron Duke are waiting for their chance.

Khiry Shelton still starts. He’s been one of the best players on the field all tournament and I chalk up his own goal to R. Sanchez not communicating with him better on that ball into the box.

The opposite wing has had both Johnny Russell and Gerso Fernandes start. However, I like Gerso better off the bench and Russell has been ineffective playing out of position on the LW.

It’s time for 2020 Daniel Salloi to get a run out. He’s best on the left and he seems to have a great attitude going into improving a rough 2019. Start him with Gerso waiting in the wings to come kill the game. Depending how everything else plays out, Russell might not get off the bench, but if he does it can be where he belongs at RW.

It’s got to be Alan Pulido, right? That said, don’t run him into the ground. No reason Erik Hurtado can’t come off the bench to inject life, protect a lead or just give Pulido a break.

The knockout round games (if SKC advance) start as early as the 25th. One of the best third place teams from Group C, D or E plays the 25th and the other one from group A, C or D plays on the 27th against the San Jose Earthquakes who already punched their ticket.

So officially, I’m only predicting four changes. It might not be enough, but it shouldn’t shake things up too much.

That just leaves a process of elimination for the bench with Pulskamp and Freeman being the left out players.

The voting, likely in an effort to match Vermes, does leave Zusi (72.5%) in the starting lineup over Lindsey (30%) but you guys agreed with me that Busio (63.7%) will start over Espinoza (55%). Obviously the percentages are a bit skewed so clearly someone wants Ilie (85%) to take a break and play Kinda, Busio, Espinoza or someone else deep. Wan Kuzain got just 3.8% of the vote as of this writing.

No other changes had high tallies with the next highest (unmentioned above) player receiving votes was Winston Reid (15%), Amadou Dia (11.3%) then all the way down to Busio as a winger (6.3%).