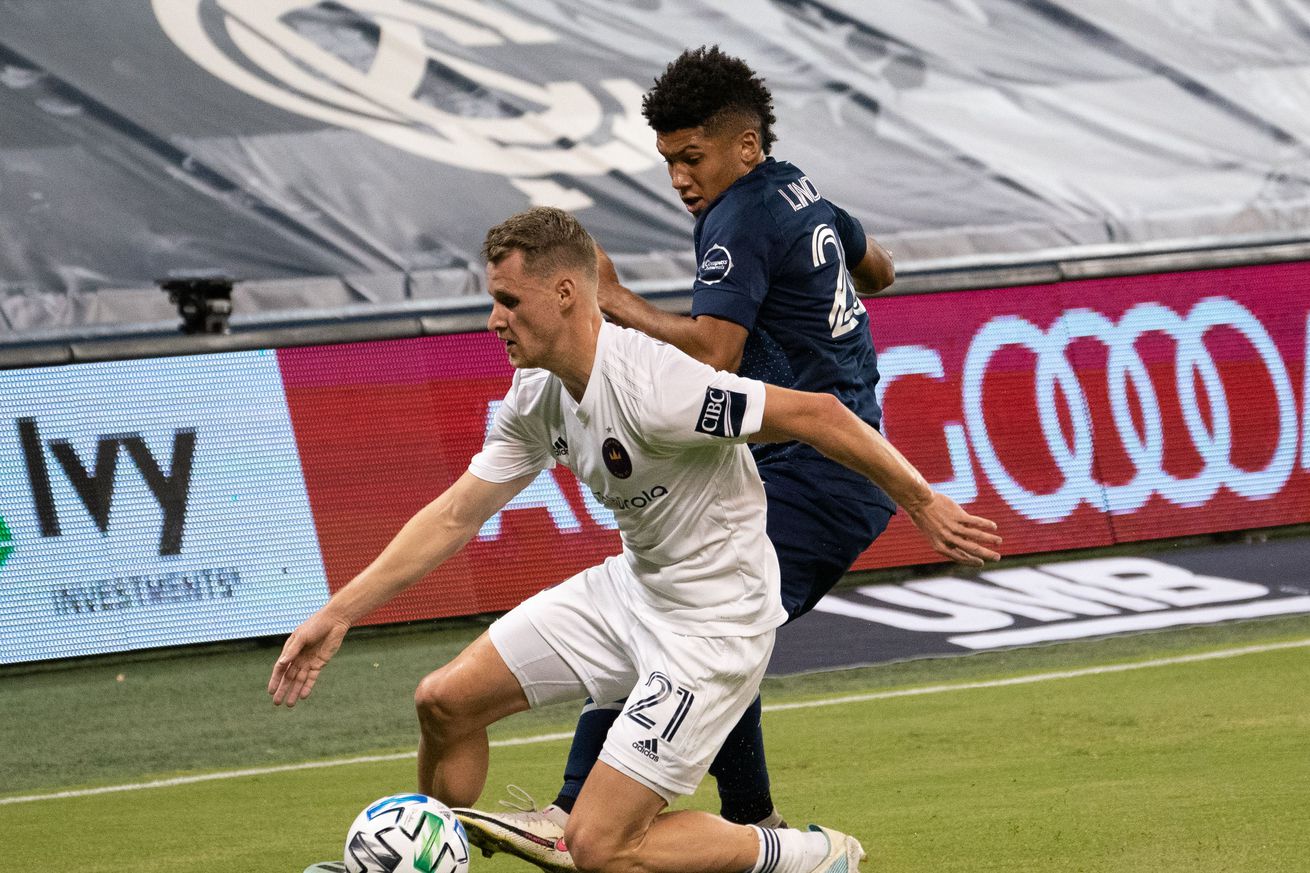 Sporting Kansas City will be playing for the fifth time in 15 days! This time they’ll play the Chicago Fire who are coming in on full rest, just like FC Dallas had full rest before Wednesday’s game. Both teams got unexcepted breaks because of COVID positives for Minnesota United.

Sporting have been a bit unlucky, but their luck is about to pick up. They’ll get full rest heading into next weekend and Alan Pulido will be back and available. One more game to go before that point.

Pulido is back and quarantining but able to individual training, should be available for next weekend #SportingKC

Here is my unofficial injury report. I suspect this will be pretty accurate based on what we’ve heard from Peter Vermes this week. Possibly Khiry moves to the OUT block but he wasn’t on the report midweek, so I don’t expect a change for Saturday.

Will know more about Zusi next week, Reid good, Shelton still banged up but available. #sportingkc

Okay, so we know the injury situation, let’s talk through these choices.

I’m really sure that Jaylin Lindsey will keep starting with Graham Zusi likely out for a while (we’ll know more next week on Zues’ status). After that, it’s probably Tim Melia, because goalkeepers don’t seem to need much rest (though now that I say that, we’ll see John Pulskamp make his first team debut).

Outside of that, I think everything else is up in the air. Let’s go line by line.

I have Lindsey penciled in and Amadou Dia has been fantastic lately. He’s played in six straight games, of which the last five were starts. He could still have something in the tank too because he’s still pretty young (27) and Luis Martins has subbed on for him late in the last two giving him a tiny bit of rest. I’d play Dia, but I imagine Martins (the likely much higher paid of the two) will at least get a spot start here or there to try to earn back his job that Dia has effectively stolen while he was hurt.

As for the center backs, Winston Reid got the day off on Wednesday but Vermes confirmed he’s fine. I suspect he’ll start again (though Andreu Fontas played fairly well overall). The CB who needs a rest is Roberto Puncec. He’s looked out of gas at multiple points over the last few games. He’s started nine straight games, going all 90 minutes in each and he subbed on for 50 minutes in the game before that stretch.

Though Fontas played fine and Besler is back on the bench, I’d start Graham Smith (no we aren’t related). I think he’s the only somewhat quick and athletic CB on the roster that can cover for the slower possession style of Reid, Fontas or Besler if you concede Puncec needs a rest. Plus when Reid and Besler had a start together, they gave up five goals. Fontas and Reid seem destined for similar results in my opinion. I’m probably completely wrong because Smith hasn’t been on the field since September 2nd against Dallas, despite the team fairing well with him out there, but it’s Reid and Smith for me.

This is tied together with forwards a bit because if Khiry Shelton is hurt, does PV put Hurtado out again on two days rest or go back to the false nine with Gadi Kinda? Hurtado seems to be in remarkable shape but he’s built like a tank and it would seem asking him to start back-to-back games with not even two full days in between is too much. He was visibly worn down at the end of the FC Dallas game. I much prefer Kinda in the midfield though.

I feel your best midfield is Busio deep, Kinda and Espinoza in front of him. But I don’t see Ilie starting on the bench again or forcing Roger to do back-to-back starts on short rest. I’m going to guess it’s Ilie Sanchez in his usual role, Busio in front of him and who plays center forward dictates if Kinda can play midfield. I’m going to slot him in with Espinoza ready to come off the bench and shift things around as necessary in the second half.

So I just said Kinda is in the midfield and Hurtado shouldn’t start back-to-back games on short rest. If Shelton can’t go (and Pulido isn’t back for another week) there are real problems here. I suppose you are forced to put in Hurtado and play him as long as you can. If it has to get weird put Kinda in at CF or really weird and see if Daniel Salloi can hold up physically there, then so be it. I’ve changed my mind, Shelton starts. Banged up or not. Hurtado can sub for him off the bench.

With a full week off between games I expect Russell to start even though he only got a half off mid-week. As for who starts next to him, neither Gerso or Salloi looked good midweek and were yanked at the half. Gerso had the giveaway that led to the Dallas goal and the team didn’t have the ball enough for Salloi to make an impact. If Shelton starts, start Salloi next to him. They work well together at getting into dangerous spots. Now if only they could shoot effectively once they got there…

The dark horse is young Tyler Freeman. I’d like to see him make his pro debut to build on what he did for SKC II this year.

Let’s just say, this is a hot mess and I have no clue what’s happening. Too many injuries, absences and short rest to have a solid idea. Think of this as a stream of consciousness where I just talked through all the scenarios. I’m interested to see who starts in a week when there is full rest. You’d think that’d be Vermes preferred 11 minus the injured Zusi.

I see the irony in asking for Freeman to play and not having room for him on my bench. It feels more likely if Shelton is out.

The vote looks about as tortured for you guys as it was for me. A record low number of people voted too, which I’m going to chalk up to very little time to vote combined with disgust over the screw job of the last result.

What is interesting is the CB vote was very split and the midfield vote has four people over 50%. The math got wonky. I’m guessing maybe a formation switch for some of you? But we know PV doesn’t do that, so I imagined it as a 4-3-3 like always. Though maybe playing a bit more defensive on the road when you are tired has some value. Three center backs with the fullbacks to the wings? Tell me in the comments if that was your thought.

Here is your lineup and full vote tallies by category (with the starters in italics):

What do you think? Did I get the lineup right? If you voted for something different, tell us in the comments (or go to BuildLineup.com or a similar site and show us). What is your ideal Starting XI? Let’s talk about it! There isn’t enough lineup discussion for my liking.