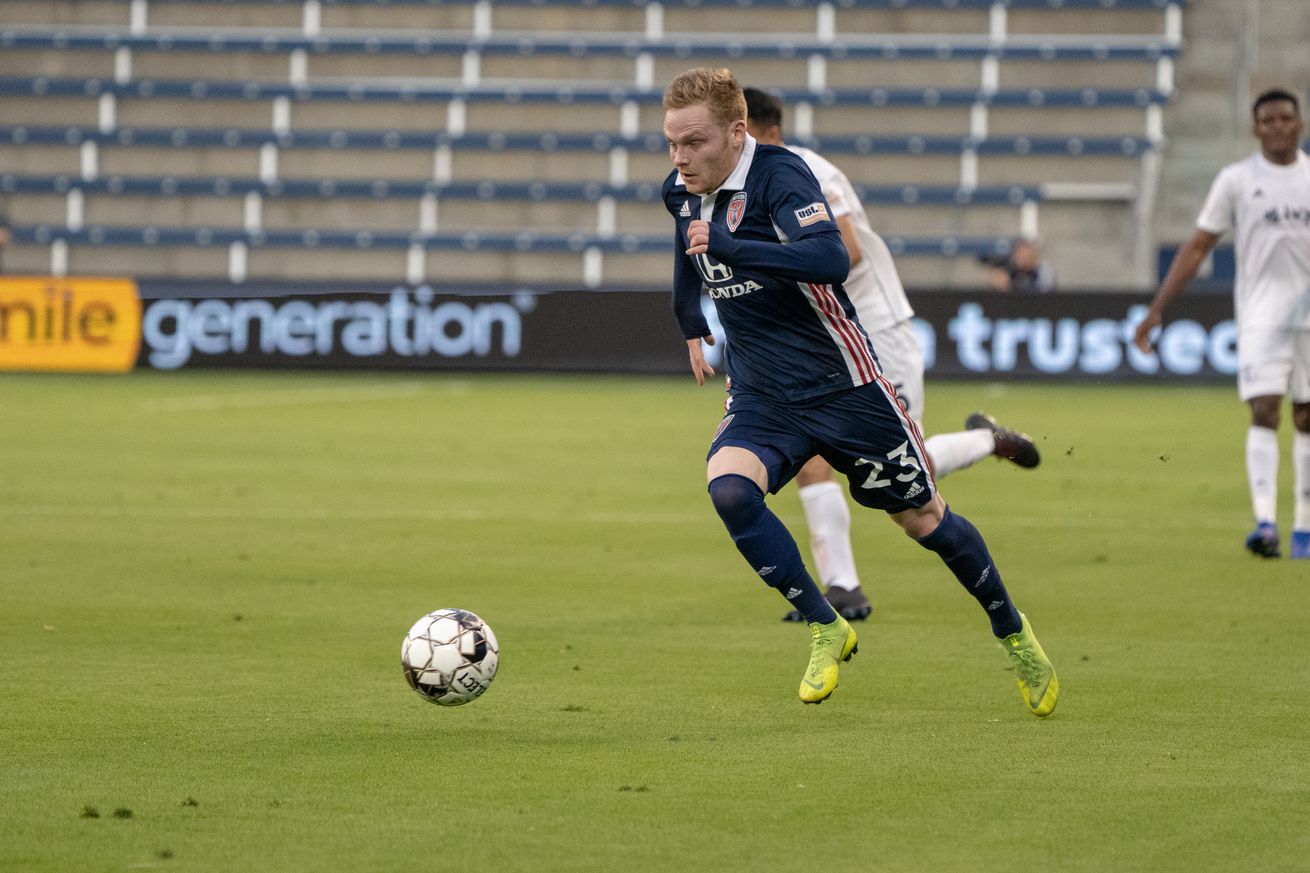 It has been over two years since Indy Eleven’s last regular season defeat on home turf.

For just the second time in 2020, Sporting Kansas City II will play a competitive match, which will come 132 days after their USL opening loss against the Charlotte Independence. In more recent weeks, Paulo Nagamura’s side suffered a 1-0 defeat against the OKC Energy in a friendly on July 3rd.

SKC II is still searching for their first goalscorer in 2020 after their only goal from their opening match was an own goal. Their struggles in the attack in 2019 won’t be aided by the departure of Ze Pedro, but SKC II could feature an entirely new front trio from 2019 when they grace the artificial surface in Indianapolis.

In two previous meanings between the two sides, the Indy Eleven pulled out two wins over the Swope Park Rangers in 2019 through a 3-1 result at Children’s Mercy Park in April and another 2-1 win in October.

Saturaday’s matchup will be their second match since the return after a comfortable 2-0 win over St. Louis FC last Saturday, which saw goals from forward Tyler Pasher and defender Neveal Hacksahaw. Impressive performances from goalkeeper Evan Newton along with Hackshaw, and Pasher were rewarded with USL Championship Team of the Week spots.

Playing with a 3-4-3 formation, Indy is fired forward with dynamic attackers led by Atlanta United winger Andrew Carleton (on loan) and former Swope Park Ranger Tyler Pasher, who has scored in four consecutive matches dating back to last year’s Conference Final. Indy Eleven are accompanied by a strong defense that gave up just 29 goals in 2019 and is anchored by Irish captain Paddy Barrett and 2019 USL Championship Defender of the Year nominee Neveal Hackshaw.

There will be a minimum of seven changes to the starting XI from their USL opener in March, as six players from Sporting’s first team joined SKC II for the opener as well as the recently departed Ze Pedro. It appears that Paulo Nagamura will be dealing without any injuries.

Saturday’s starting XI prediction features eight offseason additions and two players on academy contracts. Camden Riley and Kaveh Rad stand as the only names that saw significant minutes in 2019 while Christian Duke’s return to the club will likely see his competitive debut since coming back from Orange County.

As soccer has returned in a unique capacity across North America, Indy Eleven will be strong contenders for their first USL title while Sporting KC II will just try to stay competitive in each game. Given the differences, Indy Eleven are the clear favorite.

If SKC II can manage to pull off an improbable result in Indianapolis, they will have to watch the balls in behind the defense, where Tyler Pasher can run onto and put Indy in promising situations as he did a number of times in the first half against St. Louis, but Pasher wasn’t clinical enough and didn’t manage to break the deadlock until early in the second half. Nonetheless, Pasher was was very active and probably Indy’s best player throughout their restart win.

Considering that Indy Eleven will be closer to match fitness and are a more talented side overall, I’m going to pick Indy Eleven come out on top 3-0 this weekend. Even though Indy were far from their best last weekend, especially in the final third, they still displayed that they are one of the top sides in the USL.

Streamed on ESPN+ with a very small fraction of the 67,000 seat capacity filled at Lucas Oil Stadium, the broadcast will not have any crowd noise added. Last week’s Indy Eleven home opener was seen with an announced attendance of 4,761 socially distant supporters in attendance, compared to last season’s attendance average of nearly 11,000. Elsewhere in the USL Championship, the majority of matches have hosted a small amount of fans in the stadiums.