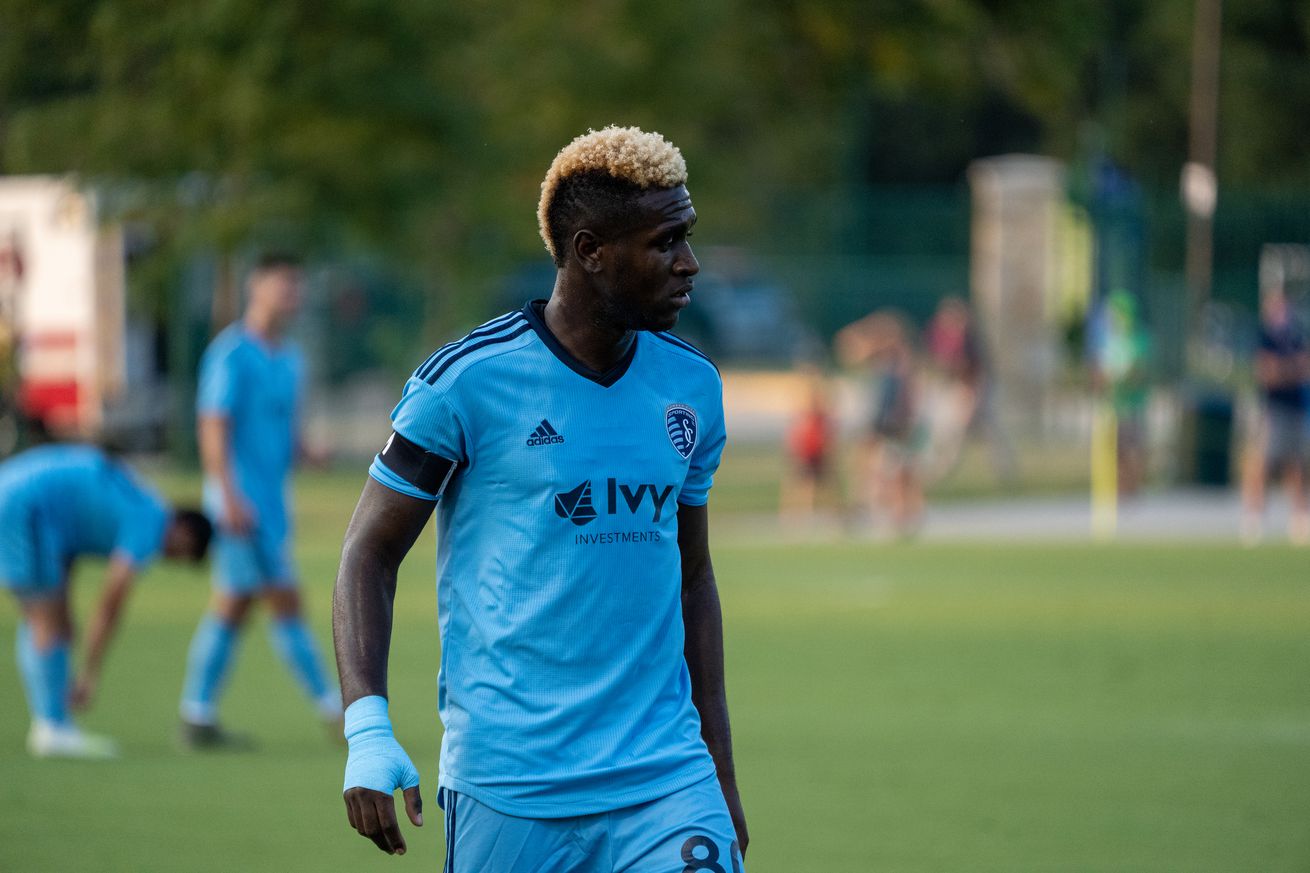 Despite a late scare, Sporting Kansas City II took all three points with a 2-1 win in their Saturday night visit to Tulsa.

There were just two changes from last week’s 3-0 win over the OKC Energy as Brooks Thompson resumed his goalkeeping duties after missing the last three matches with an injury. Christian Duke also returned to the midfield and the only first team loan was Tyler Freeman, who received his third consecutive start for SKC II on the wing.

Sporting II opened the scoring in the 20th minute after Dillon Serna delivered a beautiful ball for Fredinho Mompremier to supply the quality finish. Tulsa grabbed the equalizer after Kaveh Rad’s back pass meant for Brooks Thompson didn’t quite make it and Ariel Martinez had a simple finish past Thompson to make it 1-1 in the 39th minute.

Dillon Serna provided another assist in the 55th minute as Wilson Harris put it away for his fifth goal this season. Late into stoppage time, Tulsa appeared to have scored the equalizer, however, the referee conferred with his assistant referee to decide to disallow the goal as SKC II were able to come away with the 2-1 win.

Sporting KC II’s second straight win keeps them in last place of Group E, but have now drawn within four points of second place. After starting the season unbeaten from their first six matches, FC Tulsa has now lost two straight, but remain in third place two points back from Austin Bold FC in Group D with a 2-2-4 record.

SKC II had instances of sloppy play in the first half, but they tightened up and defended well in the second half to grab all three points. Both Brooks Thompson and Kaveh Rad had moments of greatness and also getting their team into trouble, but it was an overall a decent performance from Sporting KC II.

Looking for their third straight win, Sporting KC II will return to Group E action with their third visit to St. Louis on Friday, September 4th. With six matches remaining in the regular season, SKC II cannot afford to drop many points the rest of the way.