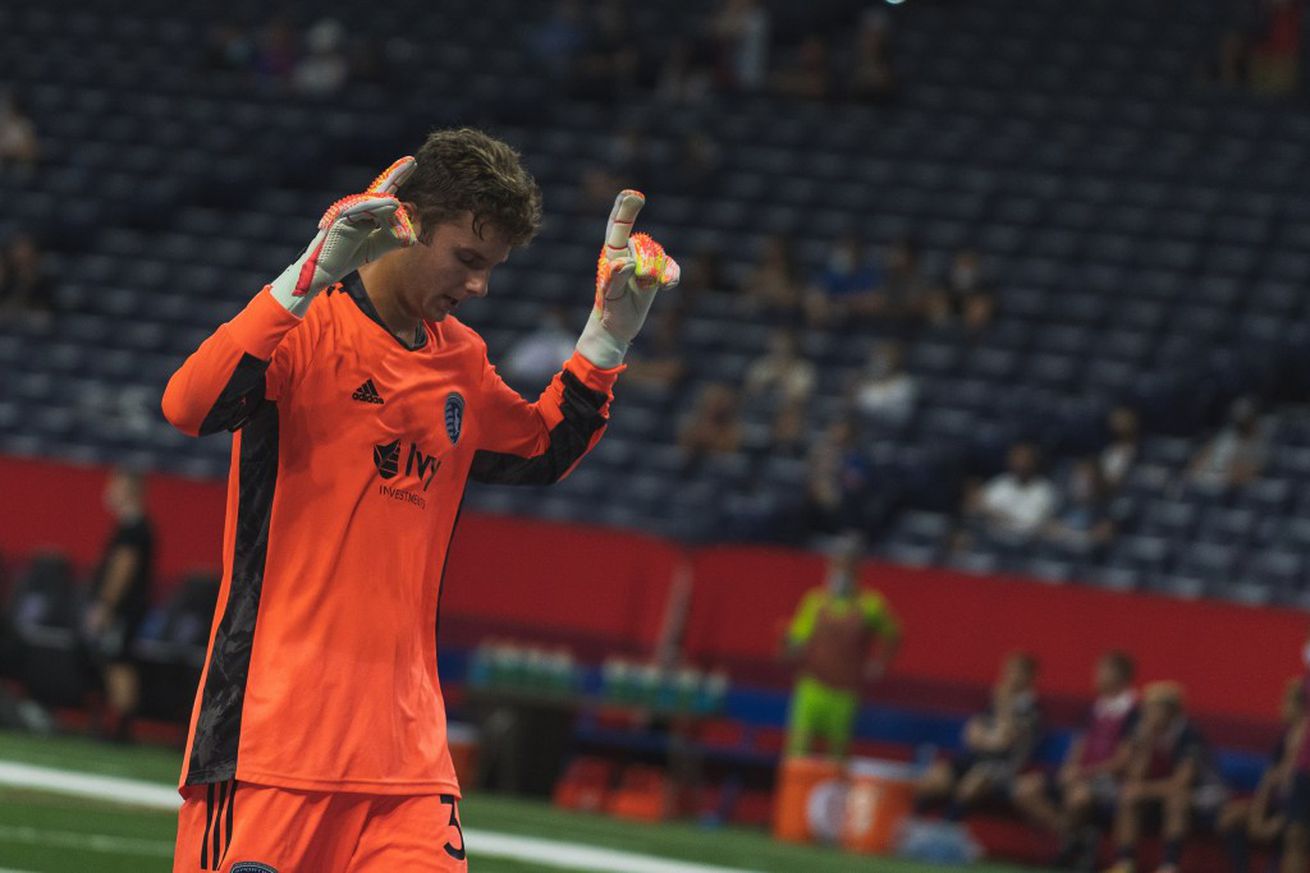 Danny Barbir thought he had his third goal of the season in stoppage time, but a ‘push’ was enough to cancel it out.

Head coach Paulo Nagamura made four changes from Friday’s loss in St. Louis as Brooks Thompson returned in goal with Duval Wapiwo displacing Christian Duke and Enoch Mushagalusa and Dominik Resetar returning to the wings. With goalkeeper John Pulskamp not on the trip, Tyler Freeman was the only player loaned player from the first team. The Indy Eleven were without two big names as defender Neveal Hackshaw and forward Tyler Pasher were out.

Nick Moon fired Indy ahead in the 6th minute after receiving a long ball and beating Danny Barbir before firing past Thompson. Jeremy Rafanello made it 2-0 in the 63rd minute after he met Carl Haworth’s cross with a nicely composed finish past Thompson.

With everything seeming lost, Tyler Freeman scored his first goal of 2020 with a beautiful free kick in the 88th minute to bring SKC II back to life and make it 2-1. It was Freeman’s second professional goal.

Danny Barbir appeared to have headed in the stoppage time equalizer, however, the referee called it off for a ‘push’ against Indy captain Paddy Barrett (who clearly had a hefty tug of Barbir’s jersey), one of the softest fouls you will ever see. With VAR, this goal would have counted.

So we actually equalized tonight. But this was considered a foul #INDvSKC pic.twitter.com/uJzg6M0N19

Wednesday’s loss keeps SKC II at the bottom of Group E on 13 points with a record of 4-7-1 and seven points back from the playoffs. The Indy Eleven have now regained their first place spot with 22 points from a record of 7-4-1.

Another night with defensive errors after Barbir got beat very easily on the first goal and Camden Riley let Rafanello drift in for an uncontested finish on the second goal. Now with three points dropped, SKC II now have a big mountain to climb to make the playoffs out of the group of death.

SKC II will return to next Saturday, September 19th, when they make the trip down I-70 to play St. Louis FC for the last time ever.