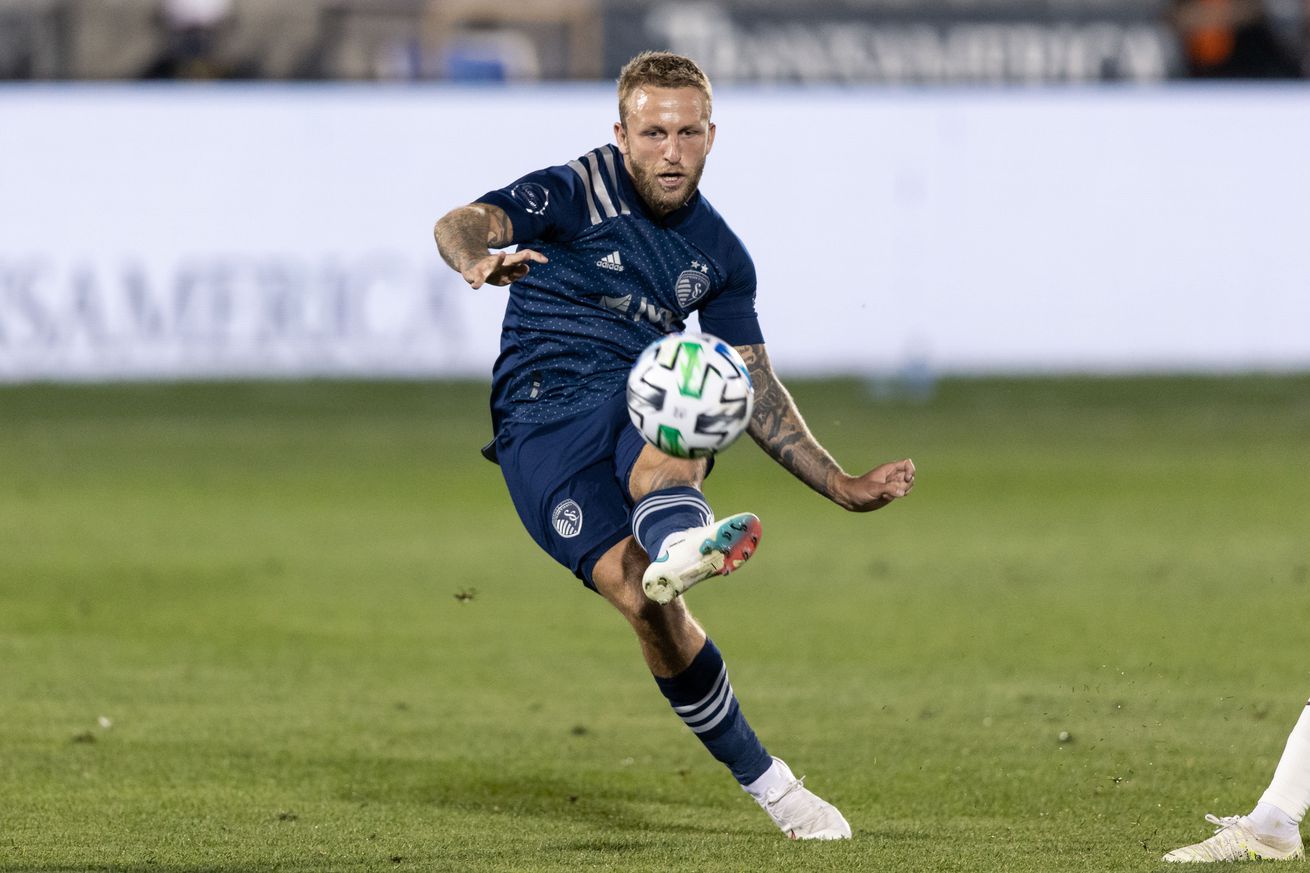 Sporting KC controlled the match the entire way and finally got the goal to show it on the scoreline as they took down Minnesota United 1-0 Sunday evening.

Johnny Russell was the goal-scorer for the home side while Graham Zusi provided the assist.

Both teams came into the match with a significant list of unavailable players. Sporting KC were missing key starters such as Alan Pulido and Roger Espinoza, in addition to possible attacking subs Erik Hurtado and Daniel Salloi. Headlining the injured list for the Loons were Ike Opara, Ethan Finlay, and Osvaldo Alonso.

The first half was reminiscent of many other first halves by Sporting KC: a hot start with several chances they are unable to put away, leading to a frustrating scoreline at halftime.

It all started with a fantastic chance in the fourth minute. A Gerso Fernandes cross landed in the box which resulted in multiple attempted shots by a variety of Sporting KC players as the ball pinballed around. The last attempt was a misfired shot from Russell, who had the best chance of the segment with an opportunity from the front line of the six yard box, but his shot went wide.

In the 37th minute, Shelton had another great opportunity as he made a move to glide past the back line and approach the goal from an angle. Loon’s keeper Dayne St. Clair came out to cut off the angle and was in position to block Shelton’s shot before he even got it off, keeping the match scoreless.

The whole first half was full of opportunities like this for Sporting KC as they went into the half still deadlocked at 0-0. The home side controlled 65% possession and forced St. Clair to make five saves, whereas Sporting KC keeper Tim Melia was relatively unthreatened. The shot breakdown at the half shows the disparity in the attack between the two sides.

Still, the chances continued for Sporting KC. In the 59th minute, Gerso broke into space in the midfield and send a pass behind the backline where he found Gadi Kinda, whose one-on-one shot went just right of the post. Two minutes later, Kinda found Gerso behind the defense breaking into the box at an angle, and his shot came even closer but was still wide right. Even closer still was Russell in the 66th minute, who recovered a loose ball in the box following a Gerso cross and put it on frame with the keeper out of position, but the Minnesota defense was on the line to clear it.

It took until the 80th minute for the dam to finally break.

From his own half, Sporting KC defender Graham Zusi sent a fantastic ball all the way to the Minnesota box, where he found a streaking Johnny Russell — just onside — blazing through the center of the field. Having already beaten the defense, Russell only had to slot his shot past St. Clair to put Sporting KC up after an entire evening of threatening. It was his third goal of the year and Zusi’s first assist.

That goal would be enough for Sporting KC as they held on for the final ten minutes to solidify their win and vault back into first place in the Western Conference. Seattle is now two points down in second place with a game in hand.

Next up for Sporting KC is another familiar foe: FC Dallas. That home match will take place next Saturday at 2:30 p.m.