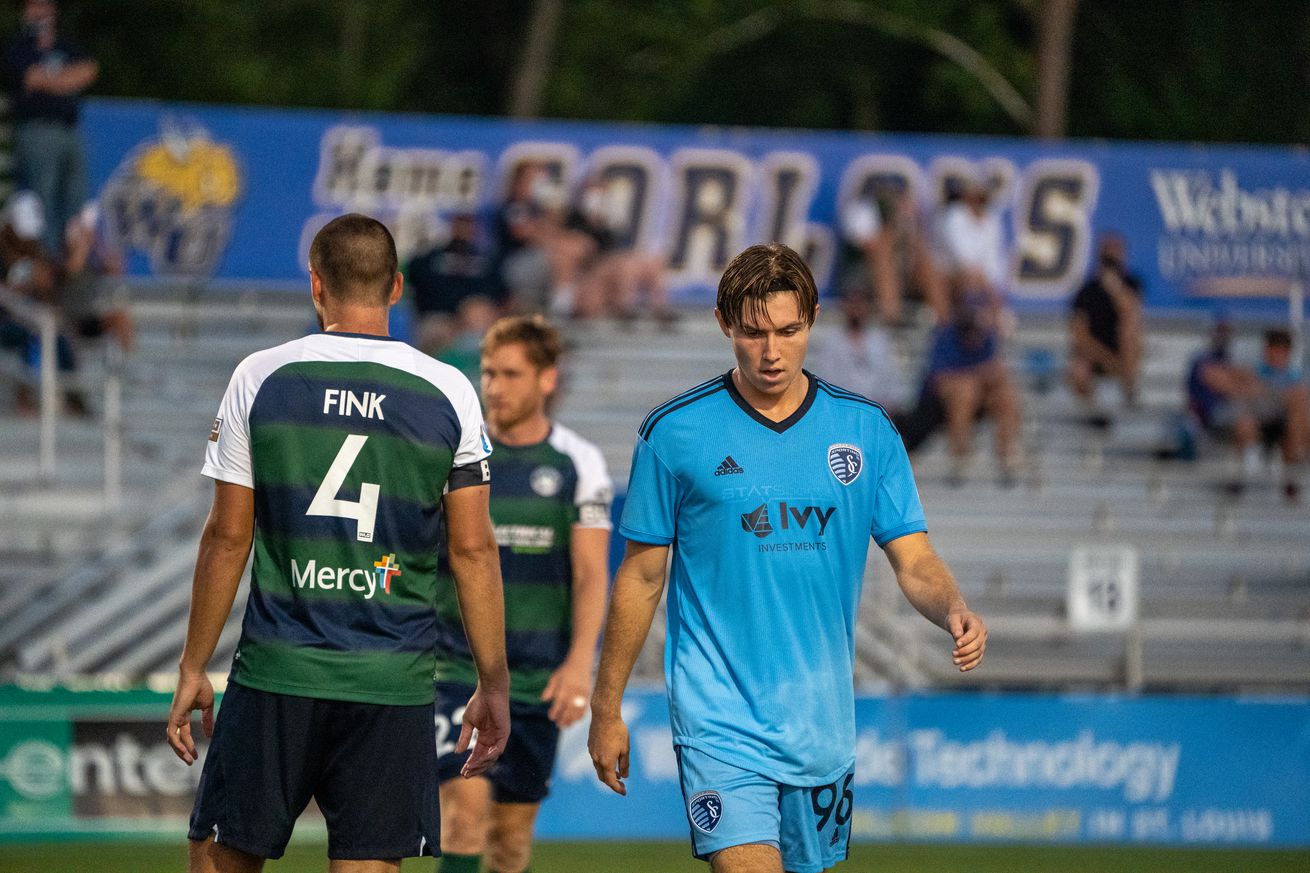 SKC II squandered a big opportunity to get back into the playoff race in Friday’s 3-2 loss.

Sporting Kansas City II took a devastating loss in St. Louis by the score of 3-2 despite an impressive display from goalkeeper John Pulskamp and a brace from Wilson Harris.

Paulo Nagamura made just one change from last week’s win over FC Tulsa, as John Pulskamp replaced Brooks Thompson in goal. Pulskamp joined Tyler Freeman as the only two loans from the first team.

John Pulskamp was forced into some big saves to keep the match scoreless for the first 45 minutes. Wilson Harris opened the scoring in the 47th minute, but St. Louis quickly struck a pair of goals in the 54th and 58th minutes from Kyle Greig and Tyler Blackwood. STL added a third in the 83rd minute after Kadeem Dacres scored his first of the season to make it 3-1.

The referee had a rough night, and it wasn’t helped any when he gave a penalty to SKC II in extra time. Wilson Harris stepped up and converted to score his sixth goal of the season to bring the visitors within a goal. In the game’s final play, a delightful corner kick delivered from Dillon Serna to the back post was met by a completely free Danny Barbir, but he didn’t make good contact and it went harmlessly wide.

Friday’s loss keeps SKC II in fourth place of Group E with 13 points from a 4-6-1 record and is now five points out of the playoffs. STL FC’s win places them in second place with a record of 5-3-3 and one point clear of Lou City.

These two sides will meet one last time later this month, but Sporting KC II will first look to return to winning ways when they make their third trip to Lucas Oil Stadium to face the Indy Eleven on Wednesday, September 9th.