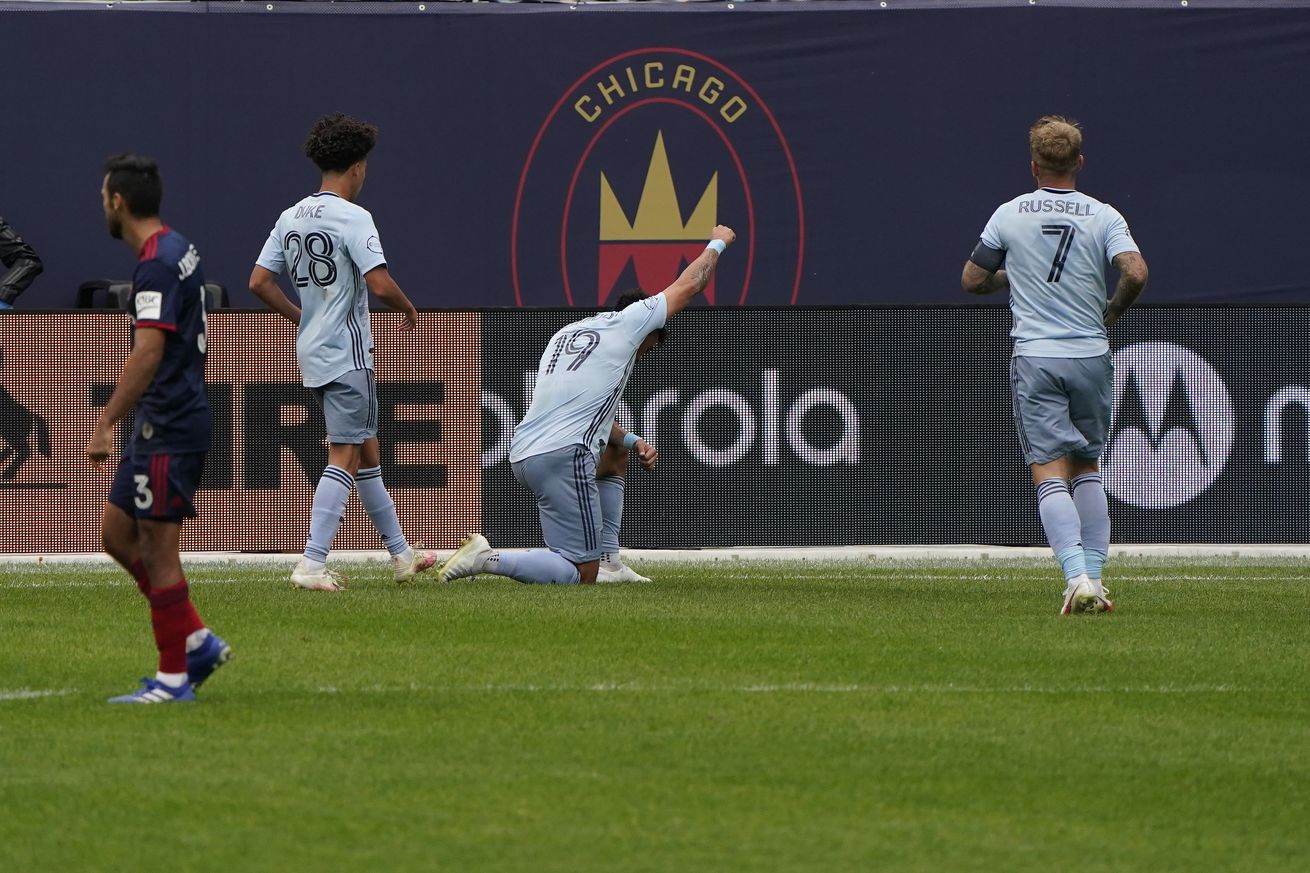 Another game, another controversial goal decision

Another rematch of two teams that have played recently, Sporting Kansas City last played Chicago at Soldier Field in 2005 when they were still the Kansas City Wizards. The Fire rebranded and moved their home field back to Solder Field.

Sporting KC came into the match fresh off a frustrating loss at FC Dallas on Wednesday while Chicago Fire FC had the week off when their game versus Minnesota United was postponed.

The visitors got on the board first when Gadi Kinda deftly stole the ball from Mauricio Pineda in the middle of the field. Kinda slid the ball out to his left and in the path of Erik Hurtado. The SKC forward positioned himself well as he ran towards goal. He fell to his left but poked the ball with his right foot past Bobby Shuttleworth to give SKC a 1-0 lead in the 35th minute.

35′ Gadi Kinda picks a pocket and slides it through to Hurtado, who is averaging a goal every 69 minutes! #CHIvSKC 0-1 // @BlueKC #HereForGood pic.twitter.com/cUQYoOSBZM

Chicago Fire FC leveled the score 10 minutes later after a corner kick. Amadou Dia had appeared to clear a Robert Beric shot off the line. VAR called for a review and center referee David Gantar saw enough to declare it a goal and send the teams into the half tied at 1-1.

It was a decision that hit hard for SKC after having a goal controversially disallowed without a review in Dallas midweek.

So the #ChicagoFire goal given on VAR, my model shows it to be ~2″ over the line. #CHIvSKC #SportingKC pic.twitter.com/xVoqkGLx22

The second half was much like the first with spots of good play despite the field and wind conditions.

SKC again questioned the lack of a VAR review or an outright penalty call when Cam Duke was fouled in the box in the 66th.

66′ Good win from @camduke20 in an area with some lines around it. pic.twitter.com/OJRmlOEMrE

Sporting KC again took the lead when Gadi Kinda put one home on a corner kick. Johnny Russell played the ball to the near post where Ilie Sanchez flicked it across to the back post for Kinda to knock it in and take the lead 2-1.

Chicago again leveled it with no time left. The four minutes of added time had expired when Sporting KC cleared the ball out to midfield. Chicago was able to play it back in to Djordje Mihailovic, The Fire midfielder was able to touch it past Tim Melia and then shoot it past diving defenders to make it 2-2.

Sporting KC returns home frustrated at giving up points and by officiating for the second straight match. Now SKC has at least a week of rest before facing Colorado at home next weekend.