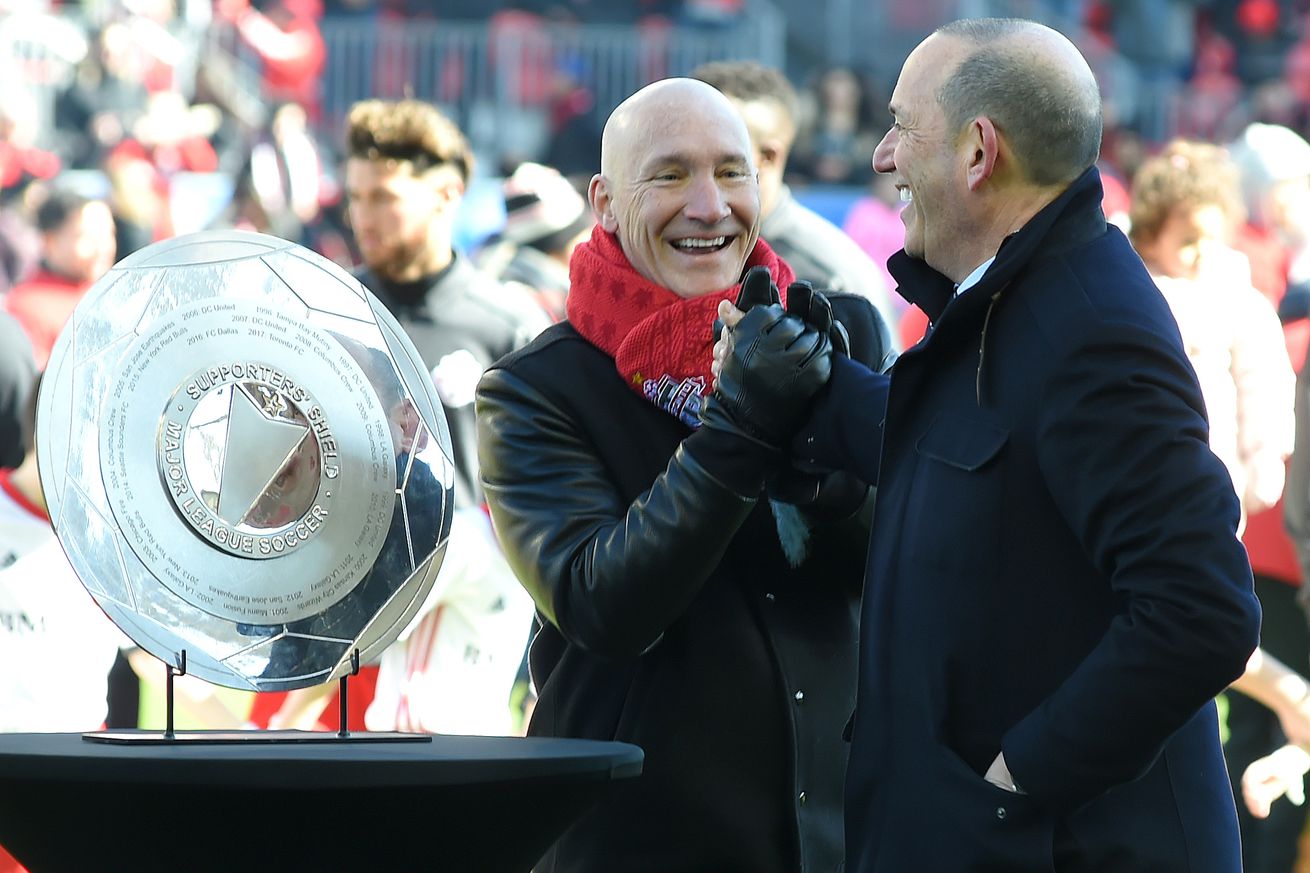 Get caught up on the all the MLS and SKC news you may have missed.

It’s easy to get caught up with playing games every 2-4 days, but there is other Sporting Kansas City and Major League Soccer news you may have missed. Let’s get caught up.

No 2020 Salary Data will be made available from the MLSPA

This week I reached out to the MLS Players Association to see when we could expect the 2020 salary data. In 2019 there was a release in June and a second release in September. Bad news was confirmed by a spokesperson who confirmed, “We do not anticipate releasing data before the end of the year at this time.”

For Sporting KC fans that means we won’t find out what new signings Alan Pulido and Gadi Kinda make. We’ll also never know what Winston Reid made since his loan ends at the end of the season. The reason? COVID-19 of course. Hopefully this data will be made available at some point in the future, but we may just have a gap until 2021.

Blink and you may have missed it but SKC dealt an international roster spot to D.C. United back on October 9th in exchange for $50,000 in General Allocation Money (GAM). GAM can be used for lots of things like buying down another players salary budget charge, signing and re-signing players and much more. This leaves SKC with two open International roster spots as they have an extra 2020 spot from the Adrian Zendejas trade, plus they freed up a couple when Johnny Russell and Felipe Gutierrez got green cards.

Rumor: MLS to bring back the Reserve League in 2021

In 2005, MLS had a reserve league. Then they brought it back in 2011 after two years off. After 2014, they stopped it again as MLS started putting their reserve leagues in the USL. That was a move that saved the then third division. Now the USL Championship is the second division (with USL League One being one of the US Soccer sanctioned third divisions). Independent USL clubs have for years complained about how MLS 2 teams “bring the league down” despite the fact that the Real Monarchs (Real Salt Lake) won in 2019 and New York Red Bulls II won in 2016. On top of that, the then Swope Park Rangers made back-to-back finals too.

Several MLS teams have already announced plans to remove their clubs from USL or USL1 (Portland, Orlando and Philadelphia), but it doesn’t seem that it is mandated at this point. It’ll be interesting to see if Peter Vermes sticks in USL to increase the level of competition for SKC II or if he decides to join the reserve league. Based on current details, I’d rather see SKC II remain in USL. It’ll be tougher to win titles, but you can’t replace that experience the youth players will gain.

No 2020 Supporters’ Shield will be awarded

The Supporters’ Shield Foundation decided there will be no Shield winner for 2020. Initially they stated it was based on fans not being able to attend games but further clarification factored in each team not playing the same number of games and how unbalanced the schedules were. It’s probably fair, especially since some teams got to play FC Cincinnati or D.C. United (who only has 12 points still!) and other struggling teams numerous times.

Rumor: The Dyanamo’s new logo appears to have leaked

The Athletic appears to have gotten their hands on a new Houston Dynamo logo. Oh, and they added FC to their name since no one has thought of that before. I’m glad they kept the orange, but I’m less than impressed. I guess I’m glad they basically didn’t change too much.

Here is a look at the new crest from ⁦@TheAthleticSCCR⁩’s article pic.twitter.com/g5yByvGZNh

Seattle may lose Ruidiaz for the rest of the regular season

The Seattle Sounders may be without striker Raul Ruidiaz for the rest of the 2020 regular season due to a positive COVID-19 test. He was on national team duty with Peru and had to quarantine there before returning to the states and again going into quarantine. Hopefully he’ll be fine from a health perspective, but from a soccer perspective it’s nice when the teams SKC are chasing are dealing with the same issues KC are dealing with being without Alan Pulido.

The Montreal Impact will be without one of their key players as Saphi Taider has been transferred to Al Ain FC in Saudi Arabia.

The former Sporting KC player who was drafted by LAFC in their expansion draft continues to be linked to moves. This time to Vasco in Brazil.

Before the transfer window closed, an unnamed La Liga team was interested in acquiring Altidore. It all broke down before an offer could be made, possibly due to Altidore’s $4.5 million annual salary.