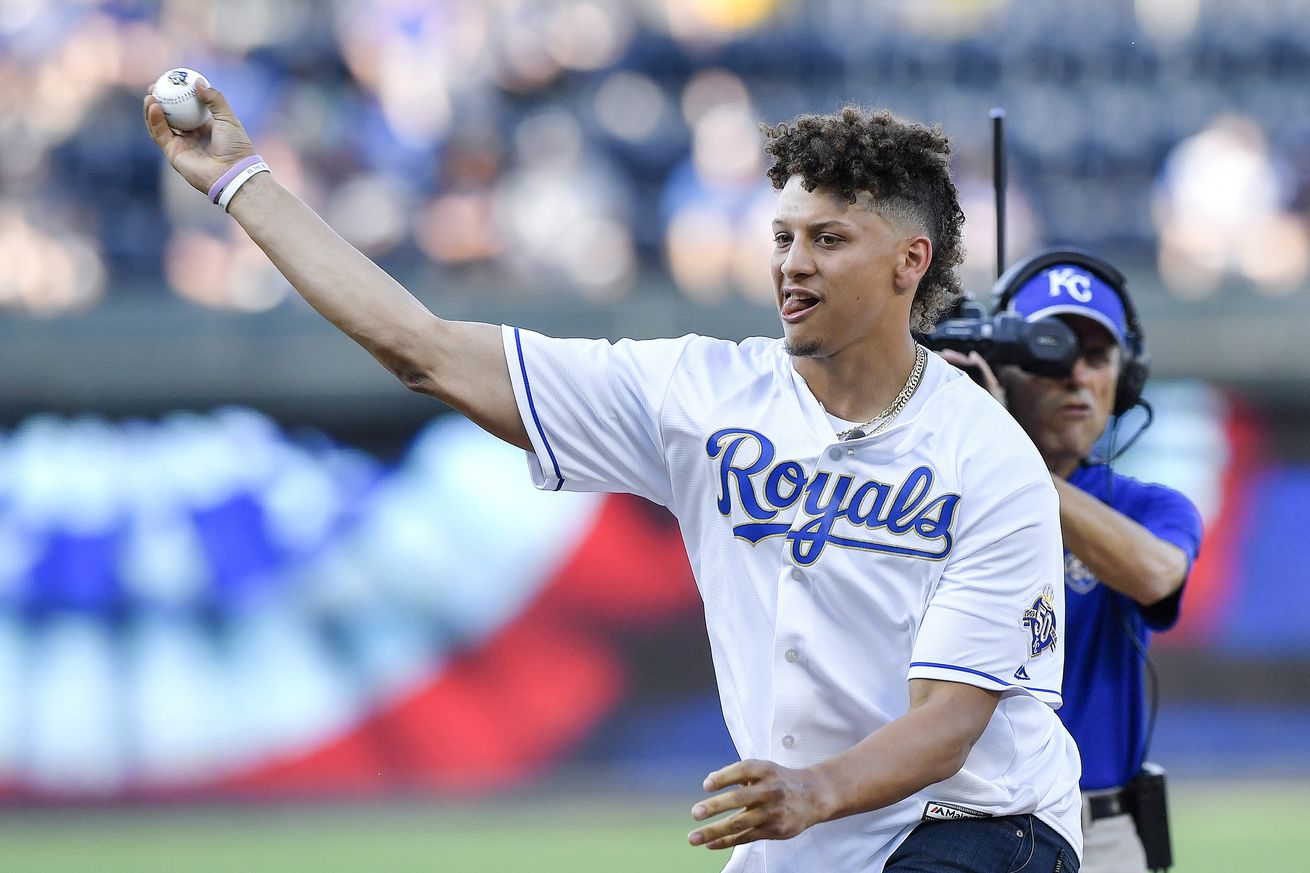 Well, first they need to produce a superstar.

Unless you’ve been living under a rock, you know that the big sports news in Kansas City this week was the story that Chiefs quarterback Patrick Mahomes signed a 10-year contract extension with the Chiefs that will pay him at least $477 million and up to $503 million with certain incentives. It ensures that the Chiefs will retain their franchise quarterback – who has already won an MVP and a Super Bowl while becoming the face of the league – for the next 12 years.

However it is hard to imagine the Royals, who play just across the parking lot, in the same city and the same market as the Chiefs, paying the same kind of salary to a player if they were ever lucky enough to develop a transcendent superstar like Mahomes. Let’s take a look at the reasons why.

For many, the biggest difference in baseball and football economics is the salary cap. The NFL has had a salary cap since 1994, while MLB remains the only major North American sports league without a cap. Salary caps are frequently pushed by owners because they do serve as a drag on the increase in average player salaries. It is not hard to imagine that had Mahomes played in an uncapped league, with teams free to offer as much money as they can summon, that he actually could have improved upon his half-a-billion dollar deal.

While that may explain why Mahomes won’t jump ship to a bigger market team, it doesn’t explain why the Chiefs are even able to offer him such a massive deal. Even with a cap, Mahomes landed a deal far beyond what any baseball player has ever signed. The Royals have never even signed a player to a $100+ million deal (although they did offer one to Eric Hosmer). Even if baseball had a salary cap – and effectively MLB does have a soft cap with the new luxury tax threshold that punishes teams for spending too much – it is hard to see the Royals spending the money needed to retain key players.

It all comes down to the Benjamins, and the Chiefs have a lot more moolah than the Royals. Forbes estimates the Chiefs bring in about $410 million compared to $251 million for the Royals. Perhaps more importantly, because the NFL splits the revenues from their national television contract that pays them $3 billion per year, the gap between what teams make is not nearly as great in football. Baseball teams also have a national TV deal which amounts to about $1.55 billion per year that it splits evenly among its 30 teams as well. But teams each have local TV deals as well, which can vary wildly in how much revenue they generate. The Los Angeles Dodgers bring in $250 million per year on their local TV deal, while the Miami Marlins bring in just $20 million. This leads to a vast gulf between the top-earning clubs and bottom-earning clubs in baseball.

According to the Forbes estimates, NFL clubs, on average, made about $452 million in revenues, and 30 of the 32 clubs were within 15 percent of that figure. The average MLB club made $345 million in revenues, and only 12 of 30 clubs were within 15 percent of that figure. In the NFL, the lowest-earning club, the Cincinnati Bengals, earned about 63 percent of what the second highest-earning club made, the New England Patriots (the Dallas Cowboys are a bit of an outlier because of their stadium). The lowest-earning baseball team, the Miami Marlins, made about 40 percent of the earnings of the second-highest earning baseball team, the Boston Red Sox (the New York Yankees are also a bit of an outlier).

So because each NFL team earns at least $380 million, or twice what the salary cap is set at, and because there is a limit on what teams can spend, everyone spends about the same amount. According to Spotrac, the lowest-spending team in the NFL, the Jacksonville Jaguars, spent about 69 percent of what the top-spending team, the Dallas Cowboys spent on player payroll last year. In baseball, the gap is much larger. The Miami Marlins spent just 28 percent of what the Boston Red Sox spent on players last year.

How free agency is treated

There are also differences in how MLB and NFL treat free agency that make it possible for the Chiefs to retain a player for $500 million. In baseball, players are eligible for free agency after accumulating six years of service time. Players can, and sometimes do sign long-term deals before they reach free agency, but it is usually at a discount, as they have little leverage.

In football, the threat of career-ending injury looms over every player, creating an incentive to sign a long-term deal as soon as possible. Teams have additional leverage with the ability to place a franchise tag on a player, requiring them play on a one-year tender at a determined salary, up to three times. The average career of an NFL players is about 3.3 per years, compared to 5.6 for an MLB player, so the odds a football player can get through his rookie contract, past a year or more of franchise tags and still be in his prime enough to land a big contract is not great.

So it makes more sense for teams and players to get together on long-term deals earlier in the NFL than in Major League Baseball. Perhaps if the Royals had a superstar player who was willing to work out a ten-year deal in his third season, the team would be more willing to sign a massive deal to ensure they got his prime years. But in baseball, since players hit free agency so late, baseball teams usually get a free agent when they are already declining, making it less cost-effective for teams like the Royals.

There may be some lessons baseball could learn from the NFL. With the semblance of a salary cap seemingly already in place, the MLBPA could push for more revenue sharing, combined with a salary floor to prevent bottom-feeders from mooching, to ensure all teams are spending close to the same amount. Baseball should look for ways to encourage teams and players to sign mutually beneficial long-term deals, perhaps by giving players the option of restricted free agency earlier in their careers.

It could just be that the economics of baseball are very different than football. At the very least, I am thrilled beyond belief that at least Patrick Mahomes will stay in Kansas City for a long time.