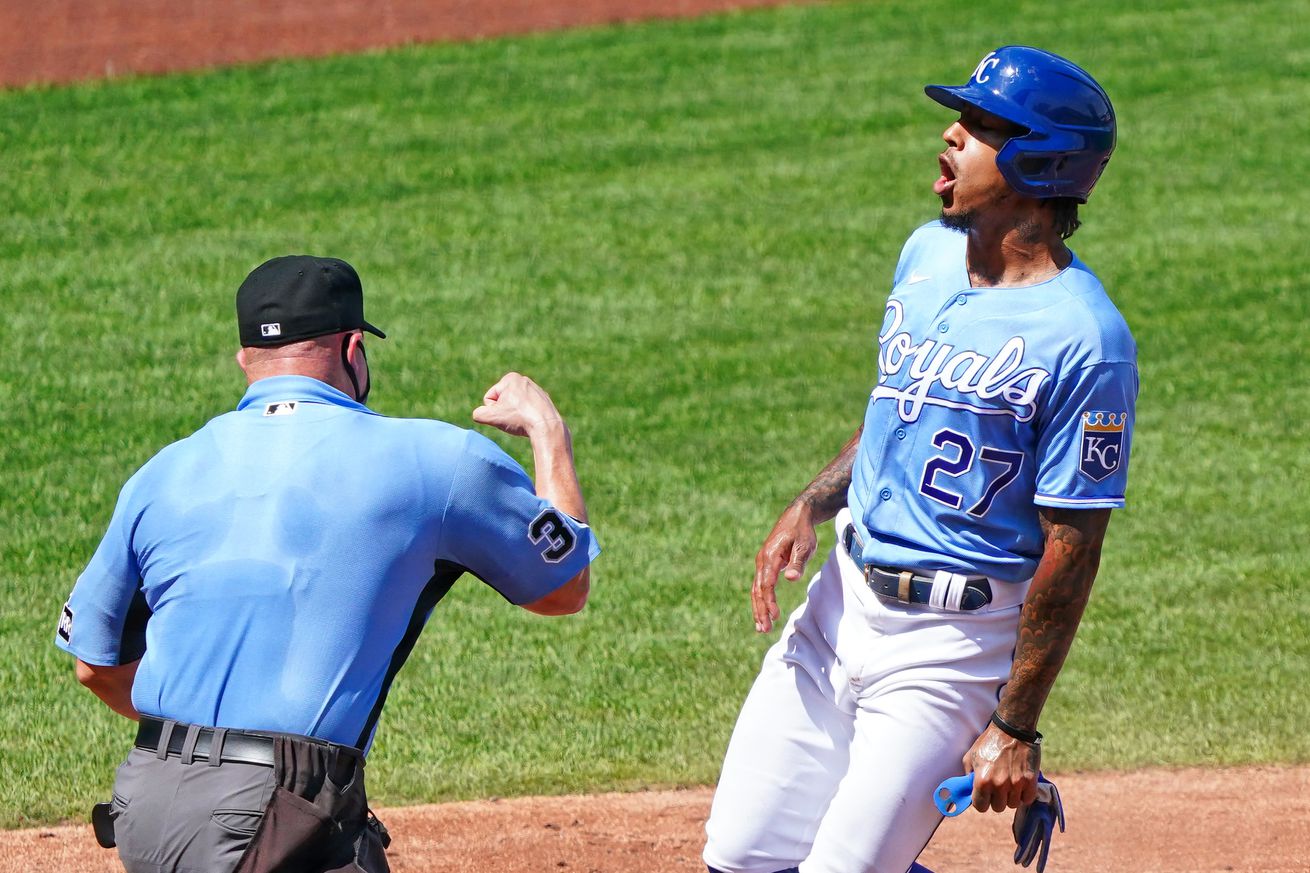 On the heels of five consecutive losses, the Royals wrapped up their 10-game season series with the White Sox Sunday. Despite a handful of chances to break through offensively in the early innings, Kansas City was swept by the first place South Siders, 8-2. It was Chicago’s first four-game sweep over the Royals since July of 1997.

The Royals handed the ball to Matt Harvey, who made his fourth start of the season. Only this time, Harvey would be used as an opener rather than a starter. The right-hander worked through the first two innings without allowing a run. However, the White Sox tagged him for a run in the top of third on an RBI-single from Yasmani Grandal.

Kansas City had a prime opportunity to tie the game in the bottom half of the inning. After Adalberto Mondesi poked a double inside the right field line to lead off the frame, Cam Gallagher bunted him over to third. With one out and the infield in, Nicky Lopez chopped a ball to Danny Mendick at second base, who threw Mondesi out at the plate. The Royals elected to challenge, but the call was upheld.

23-year-old Carlos Hernandez came on in the top of the fourth inning. For the most part, he was solid in relief. The hard-throwing right-hander tossed 2 2⁄3 innings and allowed one run. Chicago added that run in the sixth with two outs on a RBI-double to the opposite field from Nomar Mazara. That same inning, Hernandez exited after being struck in the abdomen by a 99.4 mph line drive off the bat of Mendick. He is listed as day-to-day with a stomach contusion.

The White Sox received a scare when the Royals came to bat in the sixth. After throwing five scoreless innings and surrendering two hits, Keuchel left the mound with an apparent injury (lower back stiffness) during warm-ups. He’d thrown 49 pitches at the point of his exit.

For this first time since his 2020 debut, Josh Staumont gave up runs in an outing. With two runners on, Edwin Encarnación pounded a hanging curveball 448 feet from home plate to put the game out of reach.

The only production at the plate for Kansas City came from newly acquired Edward Olivares. The 24-year-old outfielder took the first pitch he saw from Steve Cishek and hammered 106 mph into the left field bullpen for a two-run blast. Olivares is 5-for-14 (.357) with four RBIs in his first three games with the Royals.

Chicago responded in the top of the eighth with three runs on a double from Grandal, a single from Encarnación and a double from Eloy Jiménez.

The Royals, now 14-27, will take their six-game losing streak to Cleveland for a four-game series. Kansas City currently holds the third-worst record in baseball. On Monday, the Royals will send Brad Keller to the bump to face Zach Plesac. First pitch is set for 5:10 p.m. CDT.