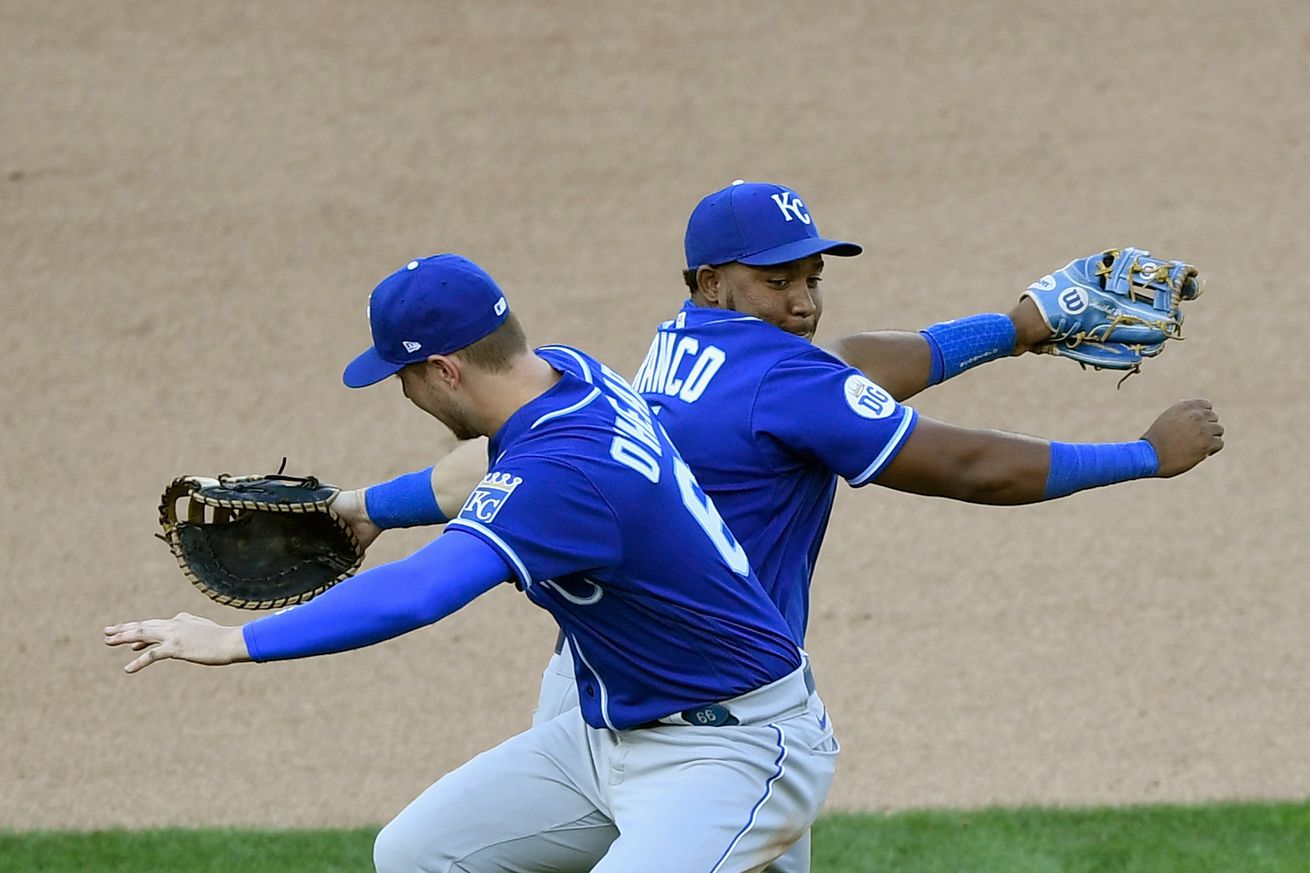 We took stock of the 2020 edition of the Royals when they hit the quarter point of the season. Now, just about two weeks later, we’ve already reached the midway point of the 2020 campaign. Time flies when you’re watching Covid-ball.

After Tuesday’s game in St. Louis, the Royals officially have 30 games in the books. A minor miracle considering the games that have been postponed all around baseball due to various outbreaks, including a few in the Central divisions. At 12 wins and 18 losses, they are currently four games out of an expanded playoff spot. Their .400 winning percentage is actually ahead of where they were at the 81 game point in 2019. With just 28 wins in the first half last summer, the Royals were playing .346 baseball. Progress?

In some ways (I’m looking at you, offense), it feels the same. Other ways (hello, bullpen), it’s different in a good way.

This season has been difficult

Really. When you play a third of your games against the Twins, that sort of impacts the ol’ strength of schedule. Overall, 22 of the Royals’ 30 games have been against clubs who currently have a winning record. According to the Royals’ media relations department, that’s tied for third most games in the Majors.

The Royal-coaster remains in service

That’s probably not surprising given the previous tidbit about strength of schedule. But maybe it’s impressive the Royals have won as many as they have.

The Royals dropped six in a row early in the season to dig themselves quite a hole. (Remember, a six game losing streak is just like losing 16.2 games. As if you could lose two-tenths of a game.) At the end, they had dropped to seven games under .500. They rebounded a bit to pull to within three games under a couple of weeks later. But as of this writing, they have won just two of their last nine.

I can’t find a deeper meaning in these ups and downs, other than to decide that if they were truly a good team, they wouldn’t have hit two large-size speed bumps in the first 30 games. Baseball-Reference gives the Royals a 10.1 percent chance (!) to reach the postseason. At Fangraphs, it’s 9.2 percent.

The offense has plenty of room for improvement

The Royals are averaging 3.93 runs per game, good for 29th out of 30 teams. (Only the Rangers are worse.) For reference, league average is 4.69 R/G. Despite the constant struggle to score runs, the indexes are a little kinder. They have a 91 OPS+ and 91 wRC+, which says that both BR and Fangraphs see the Royals offense as nine percent below league average production. As you have come to know and love about this franchise, their 6.9 percent walk rate ranks 29th in MLB. Their .159 ISO is 22nd.

The bullpen is truly a strength

It’s no first quarter fluke, and this is a good thing. Especially given that Royals’ relievers are throwing almost 50 percent of the team’s innings. They allow a few more baserunners than you would perhaps like to see, but they’re generally getting out of trouble. The relief corps has a 3.71 ERA with a 9.7 SO/9.

Walks, are a problem. Collectively, they own a 4.3 BB/9, but you can live with that if they continue to miss bats.

Scott Barlow is, as the old-timers would say, a hoss, pitching in seemingly every game the Royals have played. (It’s 16.) We’ve discussed Josh Staumont plenty, but let’s just take a moment to appreciate an otherworldly 18.3 SO/9. EIGHT-FREAKING-TEEN-POINT-THREE. Kyle Zimmer misses with the command from time to time but has low-key been an asset. Likewise, we’ve seen Trevor Rosenthal struggle with the strike zone, but he’s largely been successful and has emerged as one of the Royals’ most valuable trade chips heading toward the deadline.

And now for some random Royals pitching stats

The Royals 50 percent Player of the Year Award goes to…

My midway Royals MVP is Whit Merrifield. He’s hit leadoff in every game and has put up a .301/.355/.487 with a 128 wRC+. And he’s showing more power than any season since his breakout 2017. If this was a full season, he’d be a 25-25 threat. Defensively, his versatility is a strength, but that may lead him to be overrated with the glove. As the Royals have searched for an answer in centerfield, that’s where Merrifield has logged the majority of his playing time in 2020. He’s been worth -1 Defensive Runs Saved in center and +1 DRS in right. Not great, but good enough to give him the edge over a few of his lineup compatriots.

Honorable mention goes to Jorge Soler, who is bashing the baseball once again. Also, Salvador Perez gets some consideration. He was having his finest offensive season since his rookie campaign back in 2011 before he hit the IL with an eye issue. And if Hunter Dozier had been healthy for the full season, he’d be in the mix as well.

If this exercise has done anything, it’s that there just might be a better than league average offense lurking amongst this roster.

And the Pitcher of the Year is…

It’s kind of difficult to select a halfway pitcher of the season when the halfway point is only worth 30 games. As longtime readers will recognize, I tend to shy away from relievers in these types of accolades, simply because they don’t do as much heavy lifting as the starters. But this year, with so many innings coming from the bullpen, is different.

That’s one reason I would select Scott Barlow for pitcher of the year. As previously noted, Barlow has appeared in over half the Royals games, is pitching in pressure situations and has been solid in almost every outing. His 10.6 SO/9 is the best outside of the Staumont/Rosenthal division. He’s kept the ball in the yard, allowing just a single dinger in 17 innings. He’s stranded over 88 percent of baserunners. And his flow is superior.

Honorable mention goes to Brad Keller, who missed his first couple of starts and has generally been dominant since his return. He stumbled a bit this week in St. Louis, and the walks were a bit of a problem again, but he’s having an outstanding start to the year. (It feels like I’ve slighted him by not bringing him up earlier. Sorry!) The slider is showing some fantastic bite. And of course there’s Staumont. I’d be remiss not to throw him into the mix. And that would be dumb, too. If you don’t see me Tweet when he comes out of the bullpen, assume I’m in distress and dispatch a search party. Thank you for your consideration.