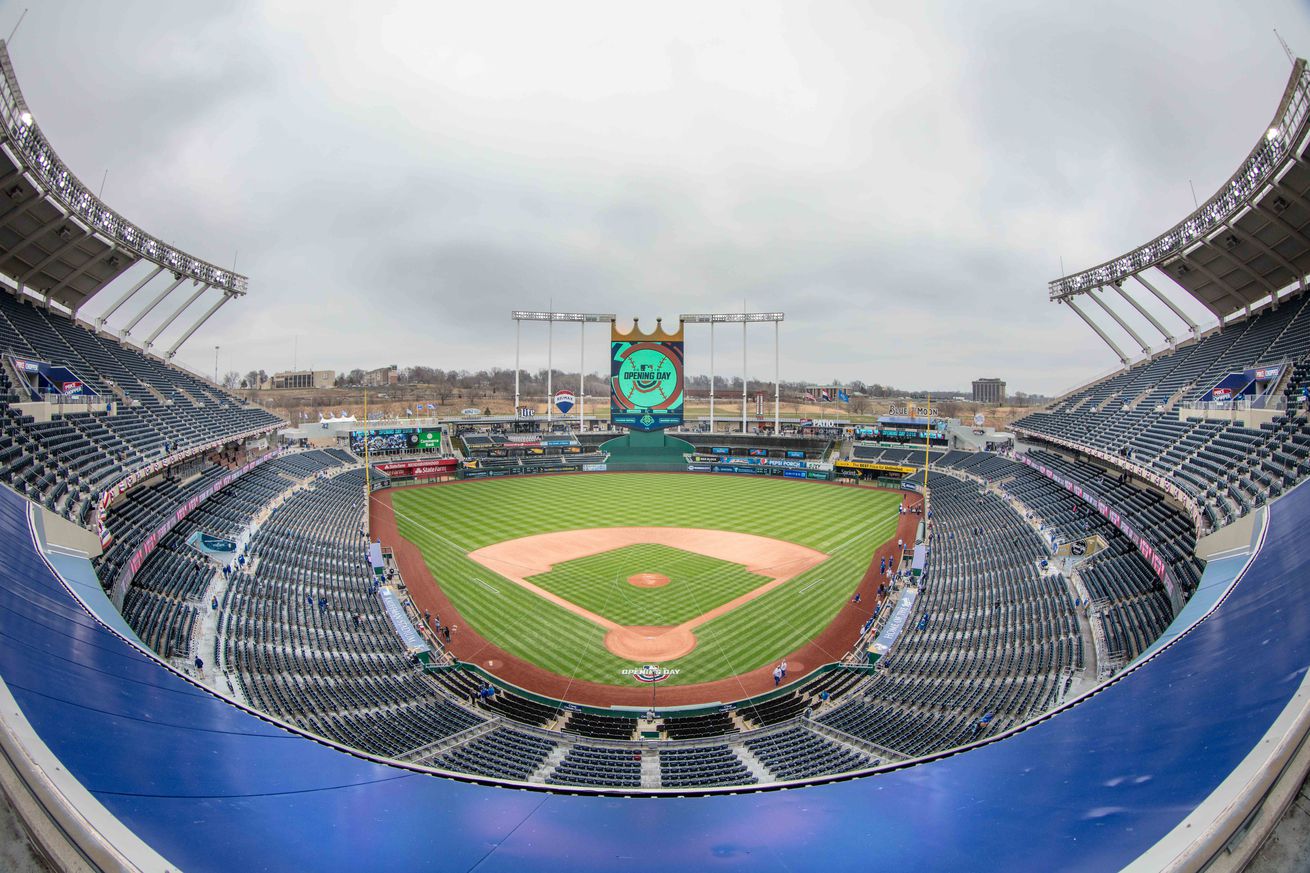 The baseball season has been put on pause, as has much of our society, as we try to “flatten the curve” to mitigate the spread of the coronavirus. Spring training games have been suspended, and the start of the regular season has been pushed back at least two weeks.

This is all unprecedented territory for baseball. The 1918 season ended prematurely on September due to U.S. participation in World War I, although the World Series was still played. Games were cancelled on D-Day in 1944 and in the week following 9/11 in 2001. But never has the season been pushed back for what is now officially termed a “pandemic.”

Since there is no precedent for this, there are a lot of questions, and only a few of them have answers.

What will happen to the players now that spring training is suspended?

Players can also decide to travel to their club’s home city, or they can choose to travel home. Clubs are expected to reimburse players for travel costs. Some teams, like the New York Yankees, have elected to stay at the facility together, although this may run the risk of players infecting each other. Reds pitcher Trevor Bauer staged a pickup wiffle ball game among players.

For the Royals, Danny Duffy has stayed in Arizona, but Whit Merrifield is headed back to his home in North Carolina.

Sunday 12:33 update: MLB has issued a memo to players.

Are players being paid?

No. Players aren’t paid until the regular season begins. While some players on multi-million dollar contracts can live off their savings, most ballplayers make close to league minimum. The minor league season is also delayed, so those players who were already making less than minimum wage will be without a paycheck at all. Baseball has considered advancing players their pay.

Some thoughts from a former minor league player, who wished to remain anonymous. pic.twitter.com/HpPELQTTbL

Delaying the season also affects thousands of stadium workers around the country, who will not be getting a paycheck so long as games are shelved. Some NBA players such as Zion Williamson and Kevin Love, and owner Mark Cuban have stepped up to cover salaries of arena workers for their respective teams, and Tigers ownership has stepped up to cover the salaries of their part-time workers.

Have any Royals players been tested for coronavirus?

Dayton Moore told the media on Friday that no player or staffer has been tested or needed to be tested for coronavirus. The CDC has advised people to get tested “if you feel sick with fever, cough, or difficulty breathing, and have been in close contact with a person known to have COVID-19, or if you live in or have recently traveled from an area with ongoing spread of COVID-19.” Only about 15,000 people nationwide have been tested, as there have been delays and shortages.

What should I do with tickets for games that have been cancelled or postponed?

The Royals have said you should hang onto your tickets for now, and they will set up an exchange program soon.

Will the season actually begin after a two-week delay?

No one knows for sure but some health experts think the coronavirus will peak between April and June. Some hope the virus will taper off with warmer weather in the spring the way influenza typically does, but coronavirus has already spread to warmer climates. Two months after getting its first case, South Korea’s health minister hopes that the virus has finally passed its peak there, but the country has also taken much more drastic measures in stopping the spread than the U.S. has so far.

I think @JeffPassan already said this, but I can say that pretty much nobody in the baseball world believes the season will start two weeks late. The best-case scenario, according to a whole bunch of people, is early May. And even that is probably too soon.

Many of the players that I have spoken to believe that the 2020 MLB season will not start until at least the month of May. https://t.co/vnro7L4YhX

There may be a point where baseball feels they can at least begin games, but perhaps without fans. But players will also need at least a few days, if not weeks, to ramp back up after taking a break from spring training, so the thought of beginning the season on April 9 seems rather optimistic.

How will MLB deal with a shortened schedule?

Well some in baseball are still talking about playing a 162-game schedule, moving games from the beginning of the season to October.

162 MLB games is very much on the table from people I spoke with. Regular season being played out through October. Wildest of all scenarios I heard having the World Series played at a neutral site – like Marlins Park in Miami.

But anything more than a two-week delay would make that near impossible. The season is currently scheduled to end September 27, with a potential Game 7 of the World Series for October 28. There would be also a host of logistical concerns to work out, such as post-season television slots that already committed in October, and how feasible it would be to have a World Series pushed back to November. MLB could shorten the playoffs, although this would cost them even more money in a season in which they are already out a lot of money.

Sometimes a crisis provides an opportunity for baseball to try new things. The 1981 strike gave owners the idea to try a split-season, where winners from the first half before the strike would play the winners of the second half, after the strike, in a shortened three-game playoff. That idea never caught on, but baseball could experiment with different regular season schedules and post-season formats, including perhaps a neutral, warm-weather site for the World Series.

How will this affect player contracts?

Some veterans on minor league deals, such as Greg Holland and Trevor Rosenthal, have clauses that allow them to opt out of their deal if they are not added to the active roster by March 26, what was supposed to be the end of spring training. The Royals will likely want to add both players anyway, after they have showed their effectiveness in camp so far, but right now MLB and the union are discussing if those dates could be moved back.

Also at issue will be service time. Typically, a player will need to be on the active roster for at least 172 days to be considered a full season in relation to eligibility for free agency. If there are not 172 days in the MLB calendar this year, that number will have to be revised.

The league and the union will also have to negotiate how player salaries will be determined. There is a clause in the standard player contract regarding national emergencies that could allow clubs to pay players on a pro-rata basis.

“This contract is subject to federal or state legislation, regulations, executive or other official orders or other governmental action, now or hereafter in effect respecting military, naval, air or other governmental service, which may directly or indirectly affect the player, club or the league,” every Uniform Player’s Contract states.

The provision also states the agreement is “subject also to the right of the commissioner to suspend the operation of this contract during any national emergency during which Major League Baseball is not played.”

Television partners will also have to work out how much clubs will get in revenues for fewer games.

They can, for now. It seems as if teams can technically still make moves, although the only transactions around baseball from the last few days are some minor league reassignments.

Chaim Bloom said there has been no directive that rosters be frozen at this point.

That may change soon as MLB is considering a roster freeze during the shutdown that would prevent any trades, releases, or waiver claims. The NBA has already implemented a roster freeze, although the NHL has not, and the NFL is still scheduled to open their free agency period on Monday.

What about the draft?

Many high school and baseball conferences have suspended play, and the NCAA has already cancelled the College World Series in Omaha this June, and MLB teams have pulled scouts from the road. Even if high schools resume play by late April, that only leaves some teams with a handful of games to showcase themselves for scouts. MLB could host regional combines or tournaments to get a longer look at some amateurs, but this could end up hurting late developers.

The draft could be moved back to July, although Keith Law at The Athletic writes that baseball could actually move up the draft, to get players playing ball.

“I can’t imagine college baseball and high schools play the rest of this year,” said one VP who oversees amateur scouting for his team. “If that’s the case, and we resume (professional) baseball around May 1, I’d advocate to move the draft up so we could get some kids out for extended and short-season,” meaning that players who were drafted this year would play more in pro ball than draftees typically do.

This is all uncharted territory, and sports organizations must delicately weigh the health of fans, players, and staff with valid economic concerns that will affect thousands of jobs. There are no easy answers, but at least baseball has some time to sort things out.