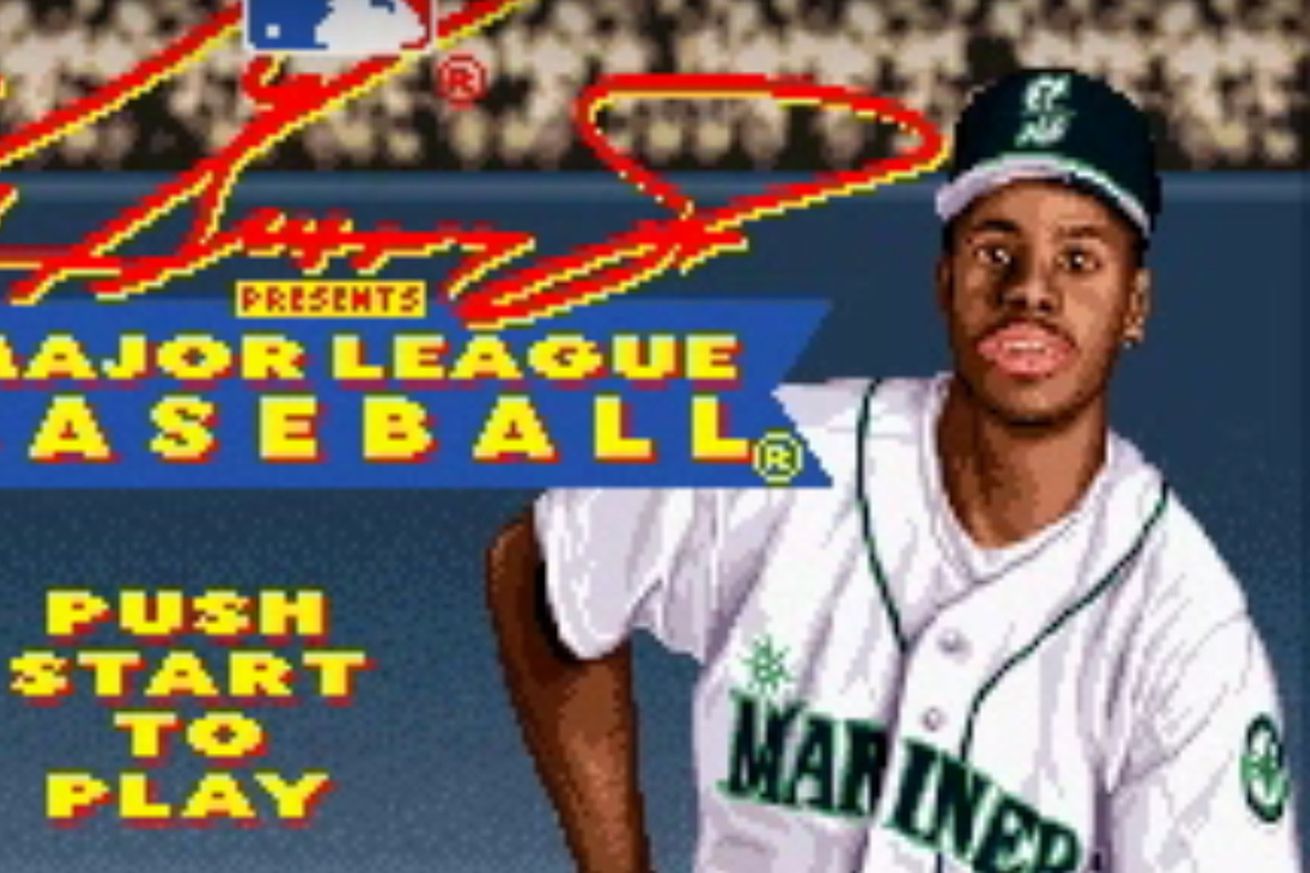 Right now video games are the only way we can see our favorite baseball players.

Without real baseball being played right now (and perhaps not at all this summer!) we have to turn to video baseball games for the next best thing. Josh Keiser has turned to running simulations of Royals games on MLB: The Show, while others turn to Out of the Park Baseball.

Some fans prefer realistic simulation in their baseball video games, others prefer fun characters and strange quirks. Let’s share some of our favorite games of all-time.

Bradford Lee: My favorite Baseball video game? Well, since I’ve only played one in my life (hold the laughter please), the answer is Old Time Baseball. I’m sure you’re familiar with it, but if not, Old Time was a CD-Rom for your personal computer. I must have picked it up in the mid-90’s and played it for maybe a year. I loved the game – you had the ability to play teams from different eras, and even in ballparks that no longer exist. I have a soft spot for the old stadiums and played most of my games in Ebbets Field, Crosley Field, the Polo Grounds or Sportsman Park. You could play the 1969 Royals against the 1927 Yankees if you wanted to. The graphics at the time were considered pretty good, but I imagine they are archaic by today’s game standards. Eventually, I could not find time to play and the game has set unused in a storage box since. I think about pulling it out now and then but none of my desktop computers have a CD drive.

One upshot, when I registered the game, my name must have been put into a drawing. Lo and behold about six months later a package arrived at my door: a baseball autographed by Mel Allen. That was a nice addition to my collection of balls.

Max Rieper: Earl Weaver Baseball on PC was similar I think to Old Town Baseball in that you could create your own stadiums, so my buddy and I created the biggest stadium we could and dubbed it “Circus Maximus”, then created the smallest and called it “Pee Wee Reese Stadium.” We plugged in a couple of teams based on stats from the Baseball Encyclopedia I had, and learned about Park Effects. There were even a few funny Easter Eggs – Morganna the Kissing Bandit would make an appearance now and then!

The manual for Earl Weaver Baseball actually stressed Earl’s strategies, which were actually a forerunner of modern analytics – focusing on on-base percentage and putting guys that could get on base at the top of a lineup, maximizing platoon splits, and eschewing small ball. I kept the game far too long – I remember clinging to an old 1990 Compaq laptop while I was still in college in the late 90s, because it was the only computer I knew that could run the Earl Weaver Baseball floppy disk.

Craig Brown: Of the key early 80s debates that shaped our existence (VHS or Beta? ) perhaps the most relevant to my life was Atari vs Intellivision. In this battle, the Atari was the VHS. It seemed as if you owned a video game system, this was the one. But if you were looking for better quality, Intellivision was the way to go. No less an authority than George Plimpton told you so. And he used baseball as proof.

Forty years have passed. This may not be a proper take. I don’t care that much. All I know is that I wanted to play baseball with a video game. As you can see from the ad above, Atari had something like three fielders. Three! Not only were they missing 66 percent of the defense, the three fielders moved together. Groupthink with a glove.

Intellivision and their MLB Baseball, on the other had, featured a glorious set of fielders, along with some coherent graphics. (It looks like they’re playing on… grass and dirt!) It had some sort of funky controller that featured a keypad and a disc that served as a joystick. I don’t remember how the numbers featured into the game, but at the dawn of the Reagan Revolution, I do remember that it made sense. It was 8-bit nirvana. At least until the Atari 5200 showed up with their baseball game that featured a fence in the outfield.

Hokius: My favorite baseball game would probably have to be the PC version Hardball 5 which came out in September of 1996. It’s the game that got me into baseball. I don’t know why I convinced my mom to buy it for me as a child as I’d never had any interest in the sport before that moment, but I saw it on the shelf at the software store and decided I had to have it. After playing it for a while I decided I loved the sport of baseball and the rest is history.

I have many fond memories of that game. It didn’t have a player creation system but it had a very comprehensive player editor system and all the minor league players were entirely imaginary. So what I would often do is grab a minor league player, change his name to mine, and then edit him to what I wanted him to be. I decided once I wanted to make a pitcher who had a knuckleball AND a screwball, since those pitches were so rare in the game. But everything in the editor used abbreviations and acronyms so I wasn’t really sure what I was doing for a long time. I eventually discovered that there were eight fields that had values from 1-99 that when altered would alter the pitches a player could throw (though they could only have 4 at a time.) Those fields were labeled things like FB and CH which makes perfect sense to me now but was completely foreign then. I found a pitcher with a knuckler and one with a screwball and averaged their values for those eight fields together and accidentally created exactly the pitcher I wanted.

I also remember making a player who was a left-fielder because Johnny Damon didn’t have a picture and Damon just sounded like an evil name so I didn’t mind demoting him. By this time I’d figured out a lot of the abbreviations so I made my character a 95 CON and 95 PWR switch hitter. I distinctly remember I didn’t max him up to 99 because I didn’t want to be ridiculous. He wasn’t voted to the All-Star team for whatever reason the game logic used. So I systematically forced all the teams in the game to demote their All-Star-Game-starting outfielders until my guy started. I don’t remember everyone who got demoted but I distinctly remember B.J. Surhoff, Brady Anderson, and Paul O’Neill all getting shipped to their respective AAA teams until the end of the All-Star Break. What a fun game

Ryan Heffernon: MVP Baseball 2005. The soundtrack to that game was the soundtrack of my childhood. And the ramp mini-game mode was a ton of fun even though it didn’t really make any sense. It was actually a pretty good representative of today’s game. A lot of complicated moving parts that can be bypassed if you just hit bombs.

MLB 07: The Show is an honorable mention. This was the beginning of Road to the Show, which is a pretty great game mode but was even cooler in 2007. And I dominated King of the Diamond with Vlad Guerrero.

Minda Haas Kuhlmann: Ken Griffey Jr. Presents Major League Baseball. It was a Super Nintendo game that featured Griffey (hence the name), but no other real players. All the lineups were filled with guys who looked like 16-bit versions of the real teams, but had names. The Royals’ fake names were presidents. In April, Marc Carig at The Athletic finally solved the mystery of some of the fake player names that didn’t fit with any others.

When you were pitching, you could hold the Up button to slow the pitch speed way down, and then sharply use Left or Right just as it was about to get to the plate, and the batter would swing out of his shoes just about every time. Even on swinging strike 3s, batters would sometimes turn toward the “camera” and yell “Oh, come on!” as if an umpire had wronged them. My brothers and I played hundreds of hours of this game and it never got old.

What was your favorite baseball video game?