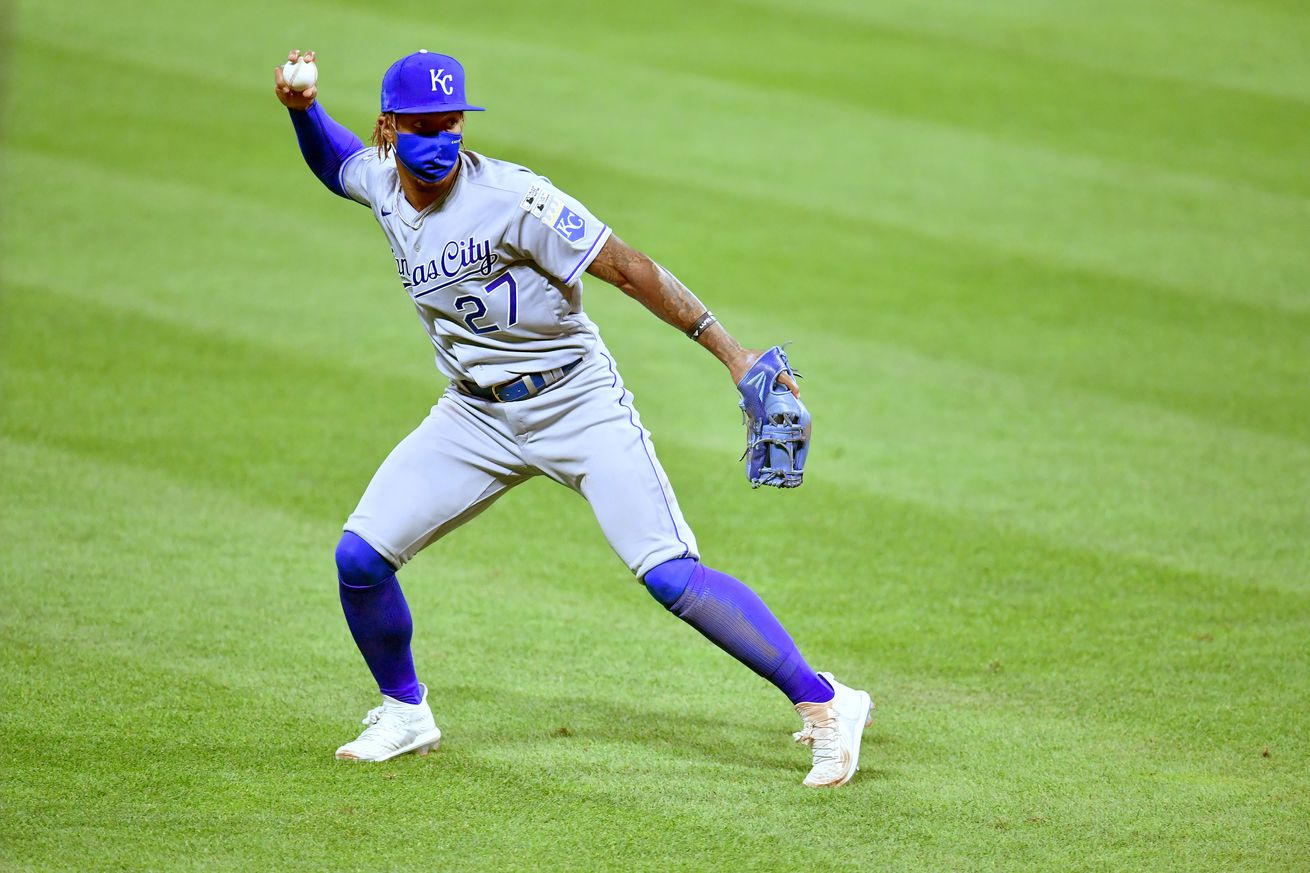 Hey, the Royals are only one game out of first in late July!

Mike Matheny talks about the decision to pull Danny Duffy in the fifth last night.

Matheny on the decision to pull Duffy in the fifth inning: “Unfortunately, it didn’t work… We’re going to chase every win with everything we got and take our best shot. Danny did a fantastic job getting us to that point.” #Royals pic.twitter.com/IJG1NvRdNq

I asked Danny Duffy in the postgame Zoom about being pulled after 65 pitches: “I always want the ball. I’ll just leave it at that.”

Lynn Worthy talks to the Royals about persevering through unique circumstances this year.

“It’s tough, but we kind of knew this coming in that this could happen with guys testing and being out for a while and losing that momentum,” Royals left fielder Alex Gordon said earlier this week. “Hopefully, we’ve got enough guys that can step up behind them and take over. Every team is going to have to deal with this. You’ve got to have a positive mindset.

“I know it sounds bad, but just kind of move on and keep the train rolling. Hopefully, when they get healthy they can come back and keep producing. We knew this was going to be a part of it.”

He also writes about Brady Singer’s preparation for his Major League debut today.

Singer, a 6-foot-5 right-hander, will have one small measure of familiarity Saturday because last year he made his only appearance on a big-league mound in the MLB All-Star Futures Game in the same stadium where he’ll pitch his MLB debut.

“It’ll definitely be different,” Singer said. “Obviously, the difference between the Futures Game and your first big-league start is much different. I feel like the Futures Game you’re kind of just showing what you’ve got and getting through that inning. But (Saturday) is day one. Locking in for as many games as I can go. Absolute huge game plan and studying tonight and figuring out what to do.”

Clint Scoles at Royals Academy writes about his expectations for the Royals.

Besides Barlow and Kennedy, the upside lies with Josh Staumont, who was looking good before his scuffle in St. Louis the other day. For things to break fantastic in the bullpen, the Royals would need Barlow and Staumont to be studs while Trevor Rosenthal re-established himself. Those four have a better than average chance to be decent as a group, but my worries lie in the second-tier group. That second tier, including Kevin McCarthy, Richard Lovelady, Gabe Speier, and Kyle Zimmer, will be asked to put up more innings this season with a thin rotation and the starters that will be limited when they rejoin the team.

Three days a week, they met and worked. They not only shot video of the sessions, but Starling also attached a Blast Motion swing sensor to his bat. The instant feedback of his bat degree angle helped Starling’s conviction in the movements.

Mike Gillespie at Kings of Kauffman writes about his hopes for the season.

How the Kansas City Urban Youth Academy is doing its part to fight systemic racism.

The Yankees/Nationals opener drew 4 million viewers, the most for a regular season game since 2011.

Clayton Kershaw does not expect his back stiffness to keep him out long.

Red Sox pitcher Eduardo Rodriguez has developed a heart condition that is sometimes associated with COVID-19.

The Braves lose both of their catchers due to positive COVID-19 tests just as the season starts.

The president of the Red Sox says it was hard to see Mookie Betts sign a long-term deal with the Dodgers.

Some fans think Britney Spears is being held captive.

The Rental and the rise of the Airbnb horror movie.

Paw Patrol, unfortunately, has not been canceled.

Your song of the day is Wes Montgomery with Come Rain or Come Shine.