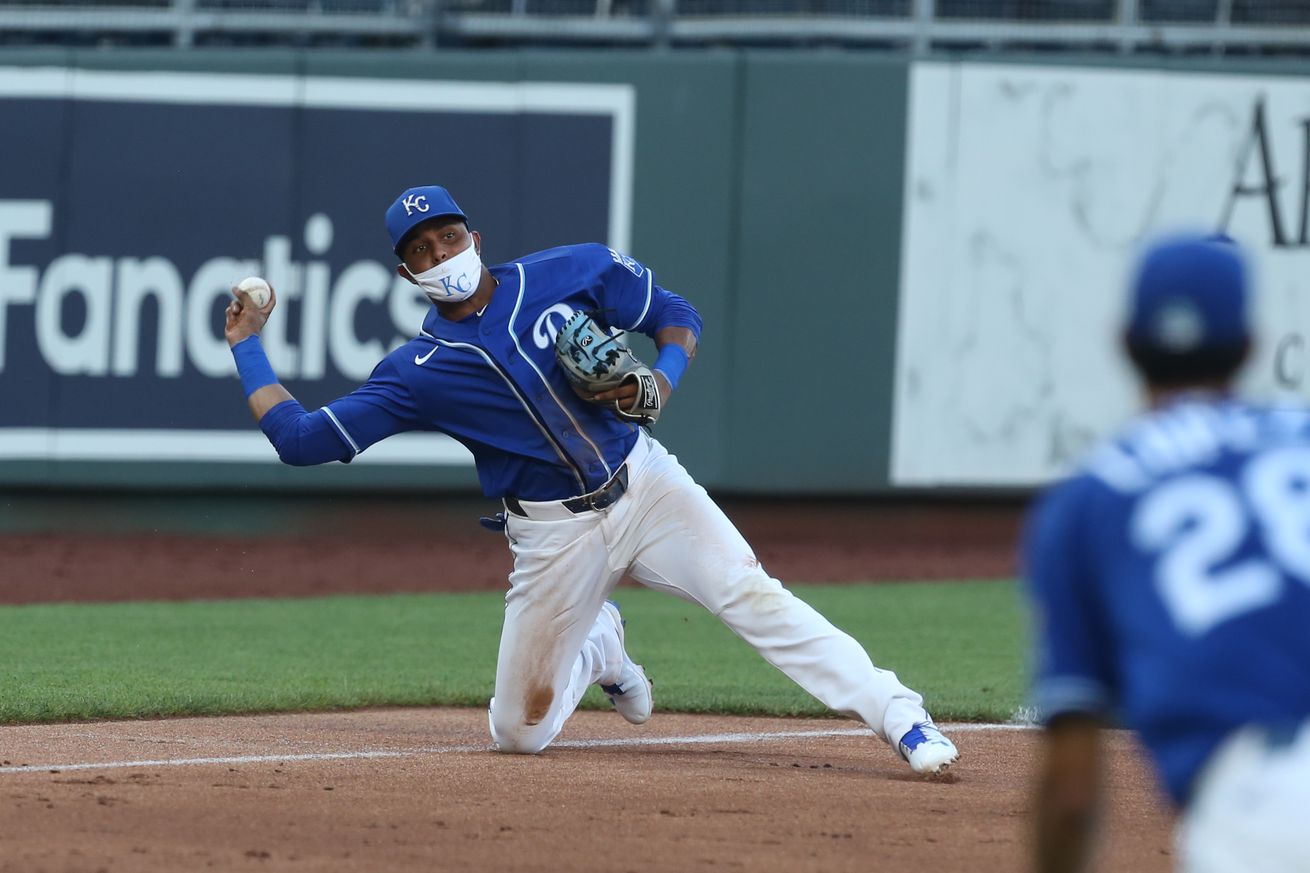 Could Erick Mejia be the team spork?

Alec Lewis looks back at the long road for Tim Hill and his return to San Diego.

“He’s one of the more celebrated players in our organization in a long time,” Moore said Thursday night. “I remember when we first called him to the major leagues. Our entire organization was so thrilled because of everything he’d been through. The type of person he is — we’re just so thankful we’ve had an opportunity to work with Tim and be a part of his life.”

Ultimately, Moore said, the decision to make the trade was tough.

“I hated making this deal,” he said, “but I knew it was the right thing to do for our organization.”

Sam Mellinger writes about the rebirth of Mike Matheny.

There’s another theme in the book, too: authenticity. Of knowing who you are, and sticking to it. Matheny has said part of what went wrong at the end in St. Louis is that he presented an unnecessarily rigid front. He wasn’t himself. He wasn’t authentic. He’s asked if, even subconsciously, he chose this book because it speaks to him as he course-corrects from his first managerial job in the majors.

Six seconds of silence hang in the air before he speaks.

“That’s a good question,” he said. “I think I’ve always got to make sure my why’s in the right place. I’m completely human and flawed and I can get off track of where my motive is. But when I get it right, it’s pretty cool.

“It comes down to my why being that impact that I want to make. That it’s not about me. Something like (the book) reinforces it. Stuff like this has molded me.”

‘Make sure that makes it in there, alright?’

The Royals officially placed IF Kelvin Gutierrez on the extended IL. He suffered a right UCL sprain to his elbow. Clears the way for both Franchy Cordero and Ronald Bolanos to be on the 40-man.

Jeffrey Flanagan writes that Erick Mejia is impressing coaches with his versatility.

“I’ve mentioned to him not long ago, ‘It probably wouldn’t hurt to have a thumb guard made up so you can catch a bullpen,’” Matheny said. “And that’s just an honest conversation. I remember having the same conversation with [Royals coach] John Mabry [in St. Louis] when it was going to come right down to the 25th man for him. Why not? When it’s close and you can be an emergency catcher, it could be a tie-breaker.”

Royals have their “alternate site” set for this summer: @tbonesbaseball Stadium in KCK: “Members of the 60-man roster who will not be part of the active 30-man roster that will begin the season a week from today on July 24 in Cleveland will start working out at the facility…”

Clint Scoles at Royals Academy has included in his notes column about how the Tim Hill trade could open the door for Richard Lovelady.

David Scharff of Kings of Kauffman writes about Johnny Damon’s recent appearance on 610 Sports where he said he’d like to wear a Royals cap if he was elected to the Hall of Fame.

Yasiel Puig will still be a free agent after he tests positive for COVID-19.

Former infielder Tony Taylor, the first Black player in Phillies history, dies at the age of 84.

Alex Rodriguez is criticized for seeming to support a salary cap in baseball.

Bradford Doolittle at ESPN thinks Cleveland should change their name to the Spiders.

MLB will use artificial crowd noise from MLB: The Show for games.

A look at why baseball is losing Black America.

A 60-game schedule could complicate how WAR is calculated.

The most fascinating NBA lineups to watch in the bubble.

The NCAA posts safety guidelines for college football teams this fall, but warn the datea is pointing in the wrong direction.

A COVID-19 vaccine candidate at Oxford may be months ahead of the others.

Is Cameo the future of influencer marketing?

Investors are unsure about Comcast’s strategy with the new streaming service, Peacock.

Your song of the day is Oscar Peterson with Nica’s Dream.