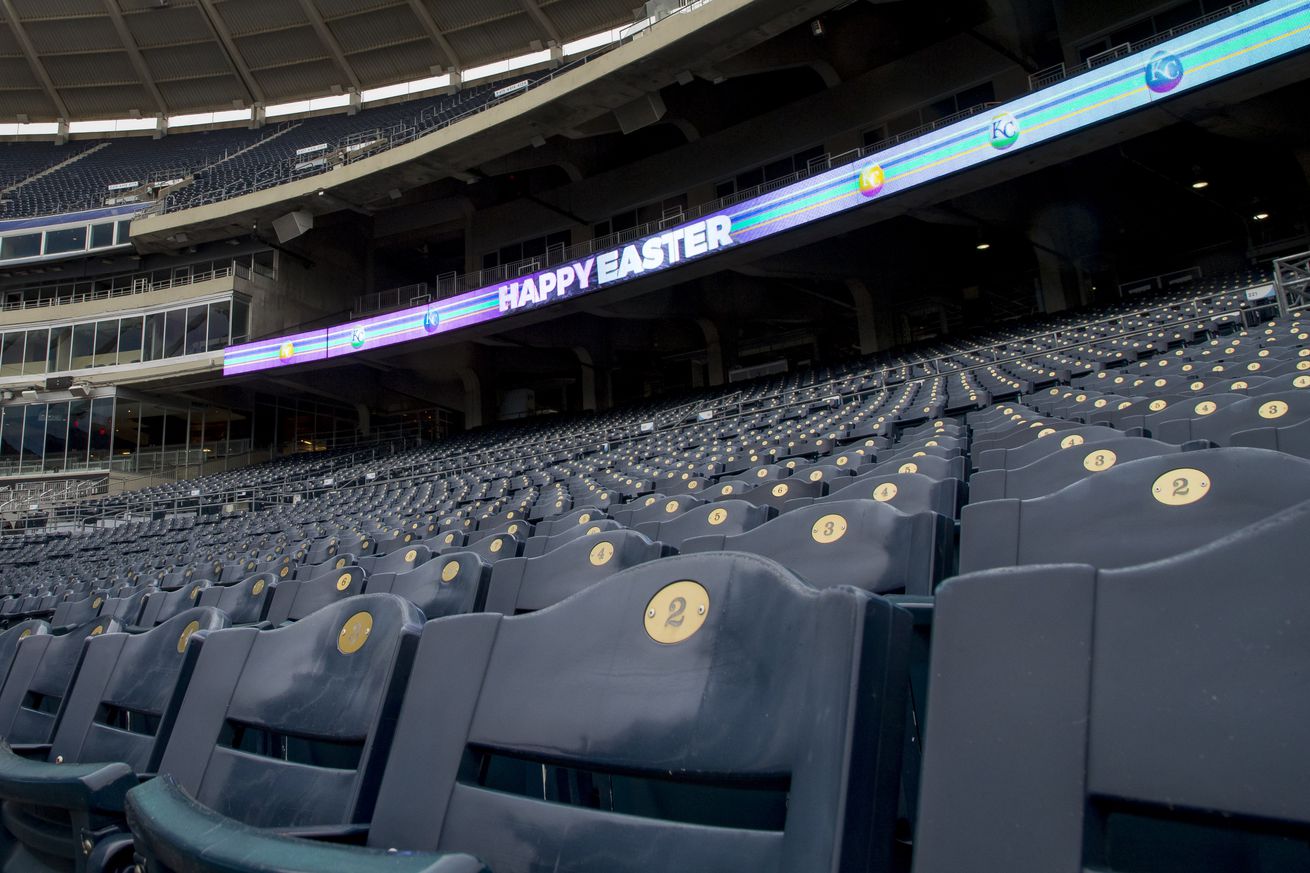 If a game is played with no one around, does it make a sound?

Lynn Worthy writes about the prospect of playing with no fans.

“It’ll be different. It’ll be weird. It’s not ideal,” Royals utilityman Whit Merrifield said. “We have great fans here in Kansas City. When the place is rocking, it helps, and it helps get you going, helps your adrenaline and when that adrenaline is going to help that focus really lock in. I’m sure there’s still gonna be some but there’s nothing like a big situation hearing the crowd get real loud. There’s just nothing like that.

Jeffrey Flanagan writes that Danny Duffy may have the inside track to be the Opening Day starter.

“I’ve always taken a lot of pride in what I do,” he said. “I’ve done it before and I can do it again. But I will take it one game at a time.”

He also writes that Alex Gordon is optimistic about this season.

Does Gordon think the Royals can be a sleeper in 2020?

“Maybe it gives some people outside our clubhouse the mindset we can do it,” Gordon said. “But we felt in Spring Training that we could compete. Does a short season help us? Sure. We’re coming off two straight 100-loss seasons, so maybe [a 60-game season] is a little boost, for sure. But like I said, we felt good in Spring Training.”

“It did kind of open my eyes to what it might be like when I am done playing. And you know what? I kind of enjoyed it.”

“From our perspective in these intrasquad games,” Matheny said, “we can hear every word from pitchers and catchers and everyone. We don’t want to take emotion out of the game because it dilutes the product.

“But once you make everything heard, in terms of broadcasting, it’s not good for the product. And the [seven-second broadcast] delay isn’t going to catch everything.”

“We feel like Austin is sort of the under-the-radar guy compared to the guys he was drafted with,” Royals assistant general manager J.J. Picollo said. “But for those of us who have watched him pitch over the last several years, it’s very apparent he’s in our future plans.”

Emma Baccellieri at Sports Illustrated writes about what baseball needs to get right about testing.

Billionaire Steve Cohen is the top bidder on the Mets in the first-round of bidding.

Baseball is trying to get a grip on pitchers using foreign substances.

Should teams bunt in extra innings more if the inning begins with a runner at second?

Grant Brisbee at The Athletic looks at how Candlestick Park was a debacle almost immediately.

How owners will look to make up lost revenue from this season.

The NBA is assigning better hotels for teams higher up in the standings.

What to know about the NFL’s return this fall.

The Far Side creator Gary Larson publishes his first new work in 25 years.

The Batman universe will expand with an HBO Max cop show.

Your song of the day is Dizzy Gillespie and Charlie Parker with Bloomdido.