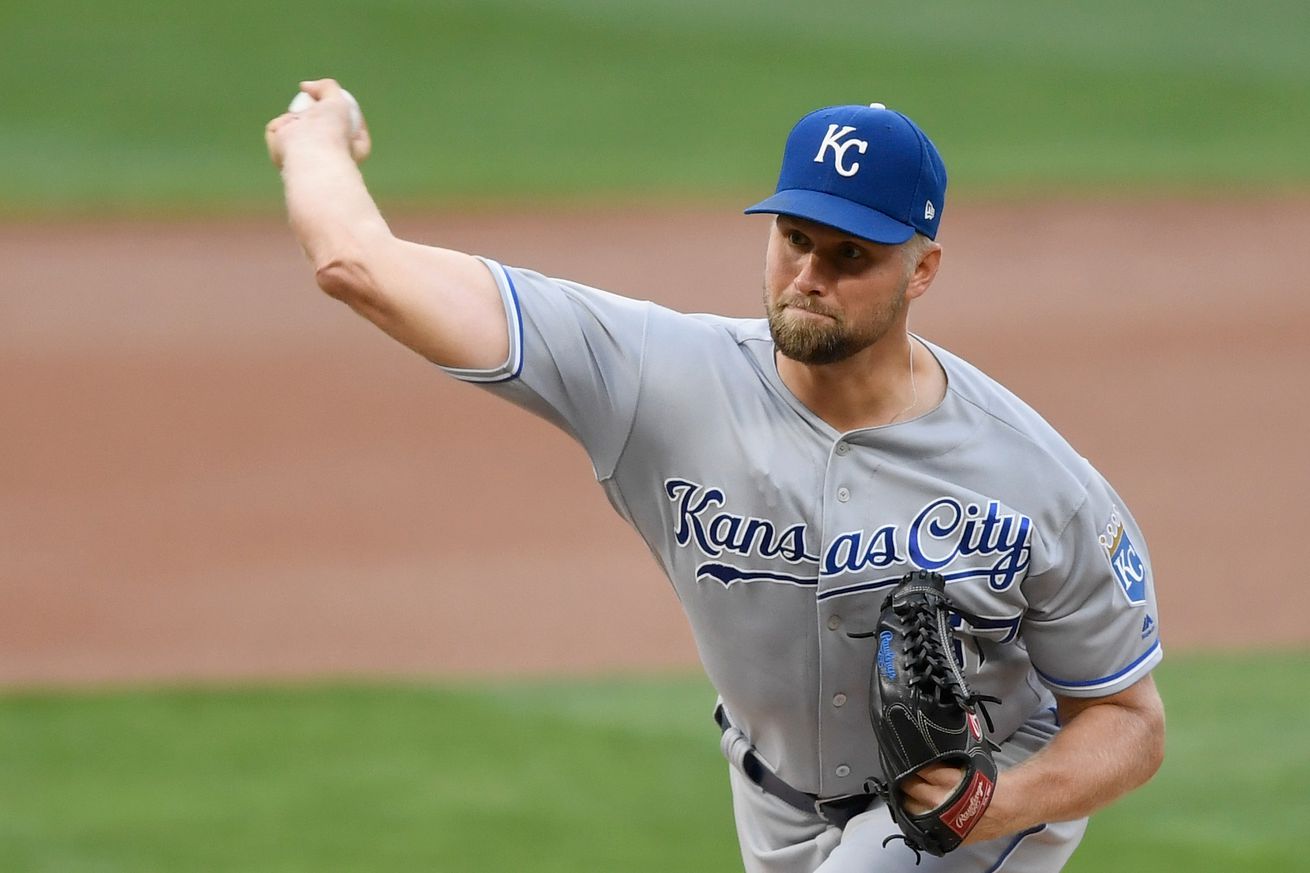 Sparkman could be a relief man.

Trevor Rosenthal talks to Jeffrey Flanagan about why he signed with Kansas City.

I was just interested to see who would be interested after last season. Surprisingly, there were a lot of teams interested in me coming aboard. But sifting through the options, Kansas City really stood out. The more I asked friends and peers about the organization and about their experiences here, I just heard such great things. That just fit in with my personality. The cherry on top was Matheny coming over, someone I’ve very familiar with. All those things combined made the decision easy. This is a team I grew up watching. It’s a cool thing.

Lynn Worthy writes the Royals seem to be looking at Glenn Sparkman as a reliever.

“My stuff seems to play better when my fastball is just a little bit harder,” Sparkman said. “That’s the way it kind of has looked over the years. Any time I go for a short stint, the fastball velo is up higher and everyone has to respect velo. Then you’ve got anything that breaks, changes speeds, it’s a little bit harder because you’re looking for a mid-90s or upper 90s fastball.”

Royals manager Mike Matheny hasn’t ruled many options out in regard to their search for a fifth starter, but he’s already had a conversation with Sparkman about having a focus on making really good pitches and having an urgency that he can come in and make an impact in short stints.

Alec Lewis has a report from the first workout in camp.

They also discussed the cameras and the Rapsodo pitch-tracking machines, all of which were not as prevalent when Holland was working his way toward the big leagues with the Royals after being a 10th-round pick in the 2007 draft.

“We were talking about it all,” Moore said, “and it’s great feedback. It’s a language that many of the young players are speaking in today’s baseball culture. I have (the reports) sent to me every day in the end, and I go through it religiously. I find it fascinating because it validates your judgment.”

Updated scouting reports are few and far between on Morel, as the majority of them are still listing him a 6’0” and 170 pounds. Baseball America rated his fastball as a 60-grade pitch, and Baseball Savant also lists him at this number and says he hits 94-96 MPH consistently (Savant’s report appears to have been written before the 2019 season). One of the original concerns from BA was that his slider was crude and unpolished, but Savant lists it as a 55 grade and sits at 83-84 MPH, which Alex Duvall backed up as well, saying the slider has great shape, spin, and velocity.

Whit Merrifield has harsh words for the Astros over their cheating.

Bartolo Colon will play in Mexico this year.

Indians pitcher Mike Clevinger will have surgery on his left knee.

The Indians sign outfielder Domingo Santana to a one-year deal.

Ben Clemens at Fangraphs tries to figure out the value of the cheating.

MLB plans to raise the minimum salaries for minor leaguers.

Alex Rodriguez emerges as a potential buyer for the Mets.

Manchester City is banned from the Champions League for overstating revenue.

A talent drain in college basketball may impact this year’s tournament.

Is it wrong to recline your airline seat?

The Sonic the Hedgehog movie seemed doom to fail, but it may actually be good.

Your song of the day is Lester Young with Pennies from Heaven.