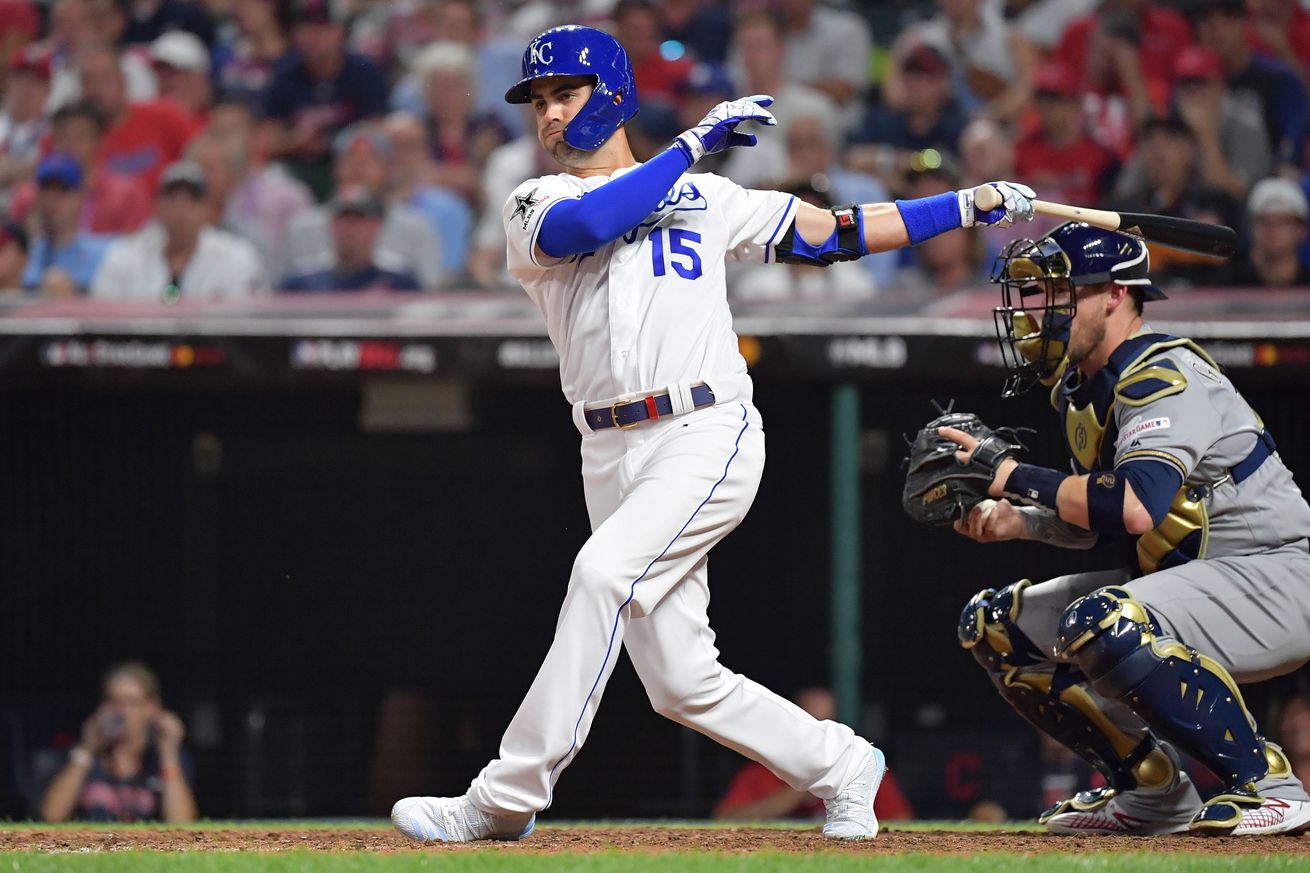 Who has the best hit tool for the Royals?

Jayson Jenks at The Athletic writes about Jarrod Dyson’s unlikely road to the big leagues.

His name was Jarrod Dyson. Rhees had never heard of him. He was not, in even the fringe sense of the word, a prospect.

And Rhees wasn’t exactly blown away by Dyson’s approach his first time up: “Dyson stuck his rear end in one dugout, his head over the plate over in the other and looked like he was swinging a purse at the ball.” Dyson tapped a ball between second and third and beat out the throw to first. Rhees still had his stopwatch out and looked down. Shame on me, he thought, because no one runs that fast. He hadn’t been paying close attention. Later, Dyson floated a ball between the left fielder, shortstop and third baseman and ended up on third. This time, Rhees was ready.

His stopwatch had not lied.

MLB.com looks at who has the best hit tool for each team, and Jeffrey Flanagan writes it is Whit Merrifield for the Royals.

Merrifield has a knack for using the whole field. He can hit inside pitches or drive outside pitches the other way. In fact, in 2019, Merrifield pulled 32.2 percent of his batted balls, hit 37.3 percent straight away and hit 30.5 percent the opposite way.

“That’s what makes all good hitters good,” Hall of Famer George Brett once said of Merrifield. “You just go with wherever a pitch is pitched. If you just try to pull everything, you can be an easy out at times. But Whit can drive it anywhere in the park. That’s why he’s such a consistent hitter.”

Brett Phillips shows off his infamous laugh during a game of MLB the Show in the Players League.

Speaking of The Players League, video game matchups will air on ESPN and FS1.

The American Association, where the Kansas City T-Bones play, have postponed their May 19 opener.

A look at next winter’s starting pitching free agent class.

What are baseball’s biggest single-game achievements?

A four-man outfield could be the next innovation in baseball.

Should MLB still play an official World Series this year?

The Cape Cod League has canceled its season.

The filmmaker behind the Michael Jordan documentary The Last Dance is actually a huge baseball fan.

What MLB broadcasters are doing with their free time while baseball is on hiatus.

Fireballing left-hander Steve Dalkowski dies at the age of 80.

The origin story behind every team’s mascot.

Why Clyde Edwards-Helaire was the right pick at the right time for the Chiefs.

Facebook is trying to clean up COVID-19 misinformation, but is still allowing targeted advertising for pseudoscience.

Video game sales are up, but production has been put on hold.

Your song of the day is Art Farmer with My Kinda Love.