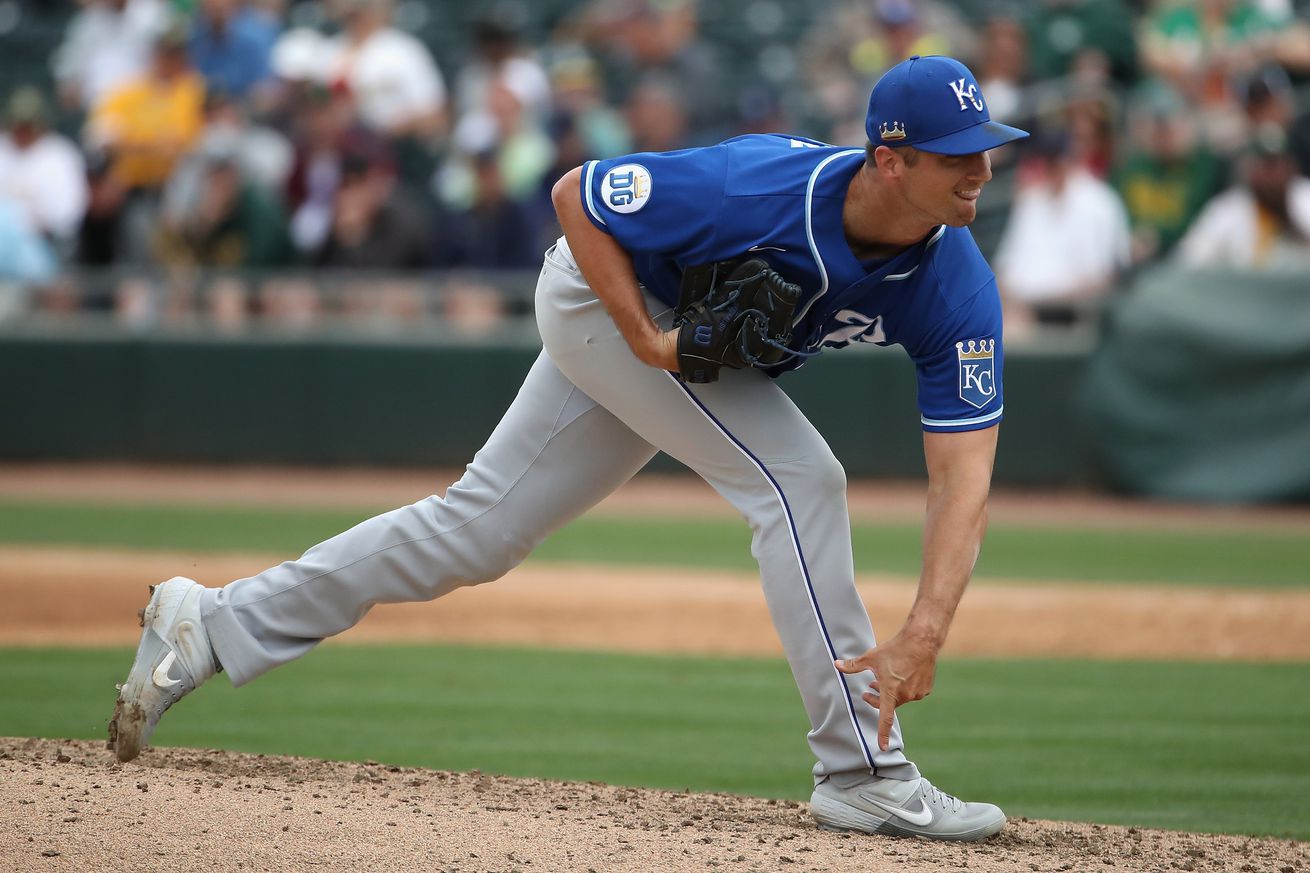 Relief pitcher Foster Griffin #60 of the Kansas City Royals pitches against the Oakland Athletics during the MLB spring training game at HoHoKam Stadium on March 10, 2020 in Mesa, Arizona. | Photo by Christian Petersen/Getty Images

It’s a little difficult to pull ourselves back from the centrality of Covid-19, especially in regard to sports. It is nothing short of bizarre that there are no sports whatsoever on television. The last time this happened was after 9/11, but even then games resumed not long thereafter. It’s different this time around, when weeks might quickly turn into months without sports.

But eventually, the pandemic will end, as they all do. It’s looking like the pandemic will peak in the United States somewhere between late April and early May. Sooner or later, baseball will be played. However, the timing of the outbreak means that the 2020 MLB season will be drastically different.

While we ultimately don’t know how different it will be, we know it will be different. Craig Edwards wrote about how many games we could see in MLB this season over at Fangraphs. The tl;dr of the matter is that we’ll most likely see between 100 and 125 or so baseball games this year, though there’s a potential for more if games get started at the end of May and fewer if the season doesn’t start until July. When you bake in some time for a second “spring” training to get everyone ready again, I think a June start date is most likely.

Regardless, there are both pros and cons to a shortened season. Let’s take a look at some.

For many teams, players, and fans, the delayed season sucks. The Los Angeles Angels were aggressive in the offseason and were looking to get back into the playoff picture for the first time since 2014. Furthermore, they’re losing a portion of Mike Trout’s 20s right off the bat. Trout’s 20s are a finite and precious resource and it’s nothing short of tragic that we won’t get to see more of them. Washington Nationals fans won’t get to bask in the light of a championship defense for as long, too.

It’s true that there are some interesting and fun baseball players on the 2020 Royals squad. It’ll be another year before we’ll be able to see Adalberto Mondesi try to play a full year, and we won’t be able to watch Jorge Soler hit glorious dongs nearly as much or as often. But let’s face it: the 2020 Royals were always going to be bad. That we aren’t missing out on, say, a 2015-esque Royals team is a silver lining.

Con: Bad baseball is so much better than no baseball

I will be the first to admit that I did not watch nearly as much Royals baseball last year as I have in years previous. Why? They sucked. It was the second consecutive year of them sucking. When you’ve seen a team lose 200+ times over the course of two seasons, things can get annoying.

You know what’s worse? No baseball games. I think the delayed season will make it abundantly clear that even bad baseball is significantly better than no baseball. It already has for me, and the season hasn’t even started yet.

Pro: Kansas City has a higher chance of making the playoffs

Con: The draft is going to be a big mess

The Kansas City Royals have the fourth overall pick, as well as the 32nd and 41st overall pick, in the 2020 MLB Draft. That’s a really great place to be. But the problem is that, well, the draft probably isn’t going to happen like normal.

See, in addition to professional baseball being cancelled and delayed across the country, high school and collegiate sports have been cancelled or delayed as well. The spring is an important time to evaluate players and affords the opportunity for sleepers to develop and lesser known players to rise up the ranks. But with no way to do that, the draft is totally up in the air.

What could happen? Well, Scott Boras floated the idea of two drafts—one for high school players and one for college players. Others have suggested to move the draft closer, so that drafted players could make up lost time in the rookie leagues and lower minors, and farther away, to allow them time to play for their schools in the summer. It’s just a big mess, and the Royals have a vested interest in that mess because of how much draft capital they’ve acquired.