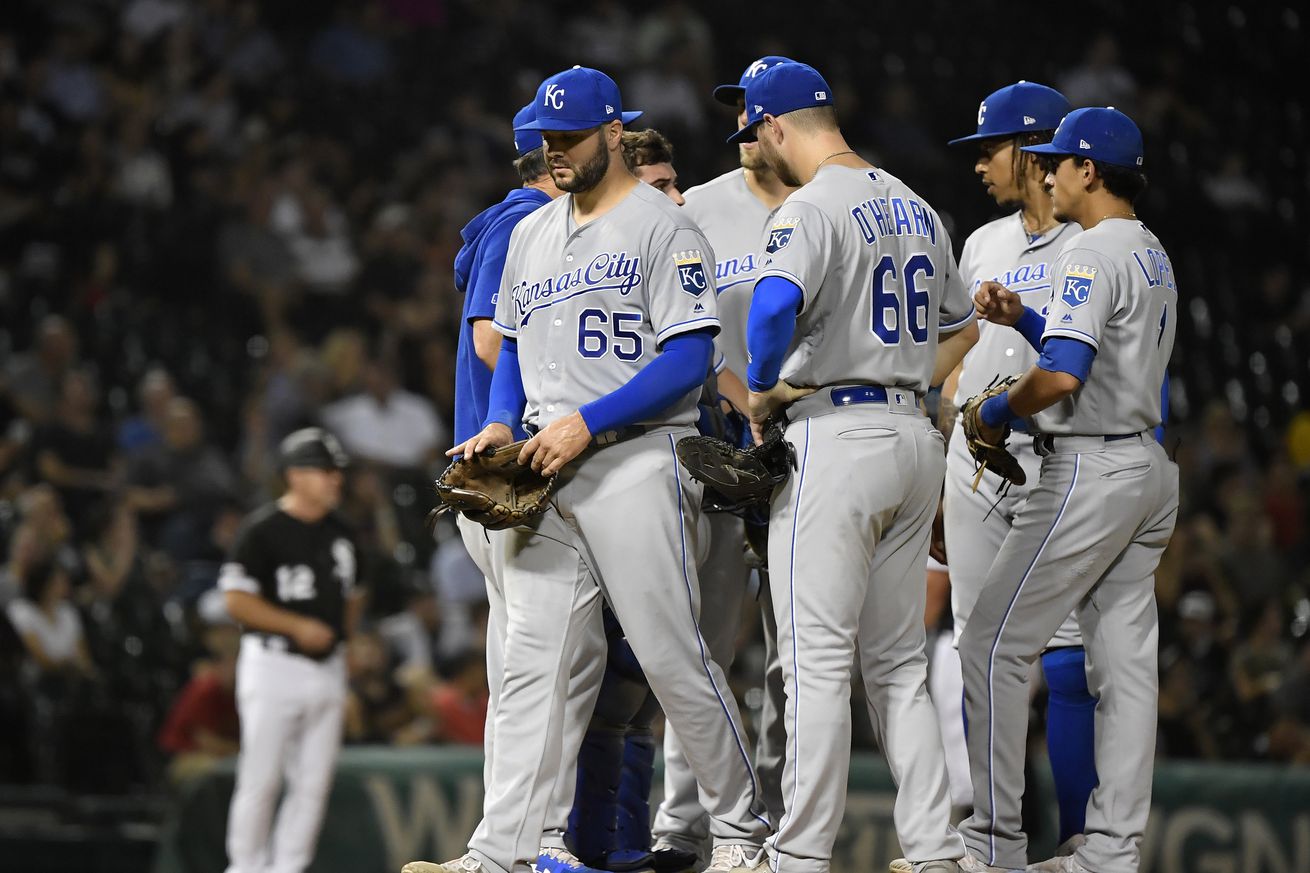 The Royals rotation will be crowded in 2021 and beyond

Juiced ball or not, 2019 was a disappointing season for Jakob Junis. There were somewhat high expectations, given his hot start to 2018 and his possession of one of the best sliders in baseball. In fact, despite Brad Keller coming off of a career year that saw him finish with a 3.06 ERA, Junis was projected to be the Royals second-best starter behind Danny Duffy.

While he did technically finish with the second-best fWAR among Royals starters, it was due in large part to the Kansas City rotation being pretty abominable, much to my chagrin. The Tigers and Orioles were the only teams with a worse staff ERA than the Royals while the Mariners were the only team to strike batters out less often than Kansas City. While he might have finished with the second-highest fWAR among Royals starters, that 1.5 mark was good for dead last among qualified American League starters. Keller slid in just seven spots above him.

The rotation will need to improve if the Royals want to avoid losing 100 games for the third consecutive season, something they already did from 2004-2006. Only a handful of teams have ever done that, let alone twice. The Braves are the only team I could find to have two 3+ season streaks of at least 100 losses, but the last of those seasons came in 1924.

In fact, much of these 100 loss seasons streaks came before 1940. The Phillies had a pretty impressive stretch of futility from 1918-1948 if you are interested in losing. Needless to say, the Royals aren’t interested in losing 100 games again and they might turn to a minor league system overflowing with starting pitching talent to right the ship.

Jeffrey Flanagan hinted that one of those talented starting pitchers could break camp as the Royals fifth starter.

Don’t rule out the possibility that one of the Royals’ young pitching studs such as Brady Singer (Royals’ No. 2 prospect per MLB Pipeline), Daniel Lynch (No. 3) and Jackson Kowar (No. 5), getting their first taste of a big-league camp and winning the final spot in the rotation.

For a team coming off a 100-loss season, there is some urgency to win now and 2020 could very well be a make-or-break season for Junis. As early as this fall, the Royals pitching rotation could be very crowded with Singer, Lynch, Kowar, and Kris Bubic, as well as Duffy, Keller, and Montgomery.

For Junis to stick around in 2021 and beyond, he will need to take a step forward this season. And to do that, he’ll need to stop walking guys and giving up homers. Simple, right? Junis posted the fourth-highest HR/9 and the sixth-highest BB/9 in the American League.

In other words, his slider is a problem for batters, but any problems it caused them were solved by his fastball. Batters hit .346 with a .286 ISO against his fastball in 2019. This problem was more pronounced in 2019 than it had been in 2017-2018, as well. Junis did away with his curveball and threw his changeup up just over 5 percent of the time.

That leaves Junis’ fastball, sinker, and slider. Considering his sinker is nearly identical in velocity to his fastball, we can assume that his sinker is actually a fastball with a little movement. That makes Junis a two-pitch pitcher. And a two-pitch pitcher cannot afford for one of his pitches to the worst in baseball. His wFB of -21.7 was the worst in baseball among starting pitchers while his wSL of 14.7 was the eighth-best.

For Junis, the reality is simple. There is a parade of talented arms making their way to Kansas City looking to take his job. His spot in the 2020 rotation is guaranteed, but that might not be the case come 2021.