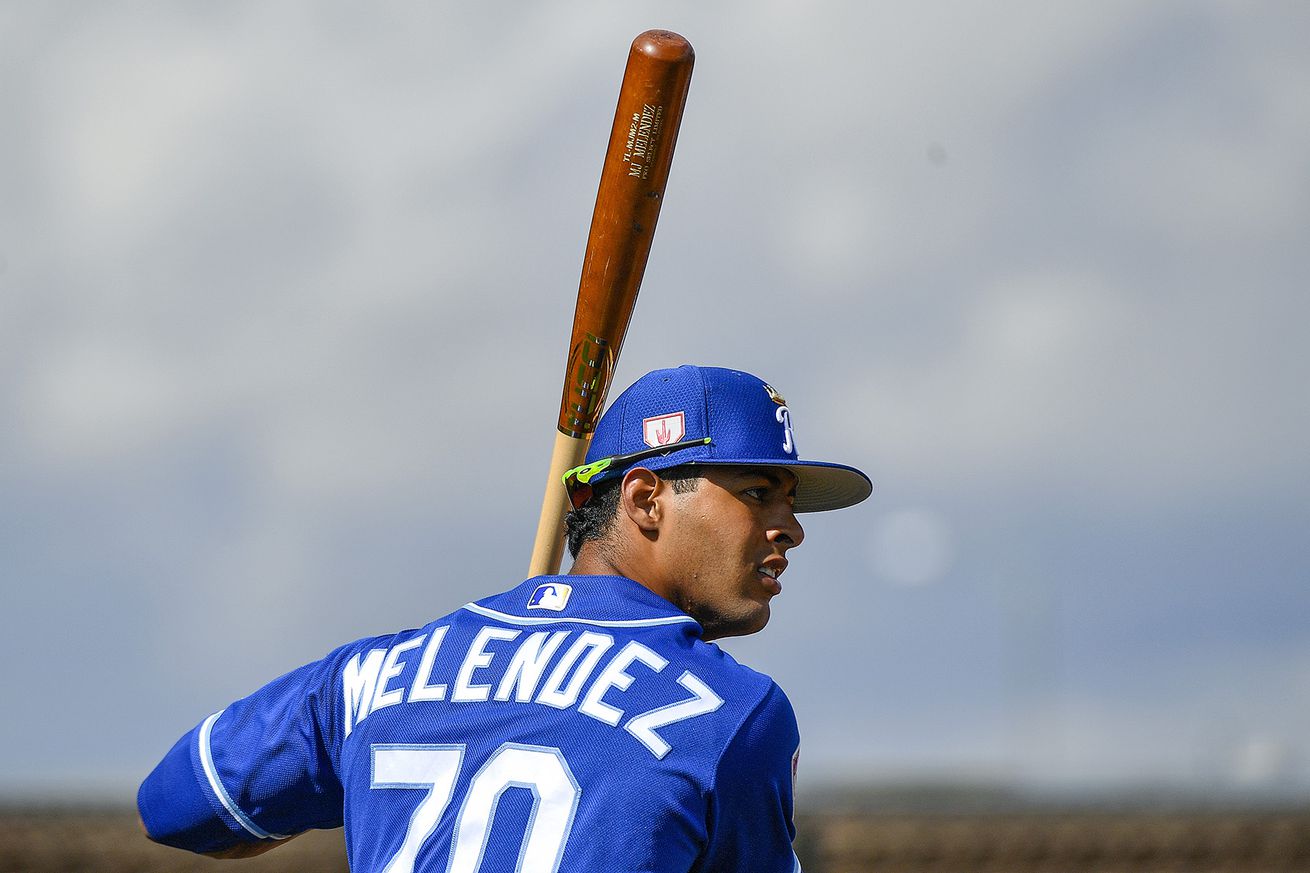 They’ve revamped, but is it enough?

I was at the grocery store the other day, and the lady working at the register pointed to my Royals hat and asked if I thought they’d be any good this year. She admitted she doesn’t follow baseball very closely and is a fan of a different team anyway, so I broke the news to her that they had lost 100 games the past two seasons and were in danger of doing it again, in my opinion. She smiled and said, “Well, practice makes perfect.”

I laughed at that much harder than I should have. I’m here to tell you, I have it on good authority from a grocery checker that all the Royals need is a bit of practice. Practice!

Truthfully, the Royals do have a lot of players who could use some practice – and I don’t mean that in a bad way. They’re just young and/or unproven and need to continue working if they’re going to be good big-league players. It’s all about development. Practice makes perfect, just like the lady said.

I’m perhaps a bit more upbeat about the Royals coming into this spring than I have been the past couple of years, and that has a lot to do with what I’ve been reading this offseason about how the Royals’ young players are developing, and specifically how the organization is approaching their player development efforts. They have a lot of fresh faces in that arena, and they seem to be updating their approach, which right or wrong, had earned a reputation for being antiquated.

A couple weeks ago, David Lauria at Fangraphs featured an interview with the Royals’ new hitting coordinator, Drew Saylor, as a part of the “Talks Hitting” series. It offered a glimpse at the organization’s current approach to player development, which has evolved significantly in a short period of time. He talks about the closing gap between analytics and scouting, and how they’re sort of merging into one. He also talks a bit about technology and highlights his interest in a new camera-based system that MLB is implementing, called Hawk-Eye, which is replacing TrackMan.

He said all the right things, basically.

Back in October, Alec Lewis at The Athletic wrote an article about the Royals’ revamped hitting development staff, which profiles new hires Saylor, Keoni DeRenne, and Mike Tosar, as well as director of hitting performance, Alec Zumwalt. The Royals hosted a camp for their young hitting prospects, many of whom struggled mightily last year. The camp placed a focus on an aggressive, in-game approach to hitting, much like the one Tosar employed as Jorge Soler’s private hitting instructor. The development staff spoke about using Rapsodo and K-Vests as tools to help young players better understand their swings.

Again, all the right things.

Last month, Lewis had another article about the Royals’ crop of pitching prospects from the 2018 draft, nearly all of which have been excelling. In it, he talks about the role that Paul Gibson plays in the organization. Gibson’s background is in scouting, but he now works in player development watching the Royals’ minor league pitchers and reporting his observations to coaches and players. He’s basically still a scout, but he only evaluates pitchers within the organization with a focus on development.

Yeah, all the right things.

The Royals also sent Kyle Zimmer to Driveline Baseball last offseason, which seemed to be a good experience for both Zimmer and the organization. Driveline’s founder, Kyle Boddy, told Sam Mellinger that his opinion of the Royals changed after working with Zimmer, and that he found them to be “open minded, trusting, and willing to go outside the box.” Boddy also went out of his way to update a quote about the Royals that was included in Ben Lindbergh and Travis Sawchik’s excellent book on player development, The MVP Machine.

There’s an excerpt in the MVP Machine by @Travis_Sawchik / @BenLindbergh that (accurately) recounts me saying how the Royals are a 120 ft. max throwing program, but this isn’t strictly speaking true anymore. They’re relaxing restrictions some on a few different axes.

This is all great news. I’ve always been a bit jealous of other small market teams like the A’s and the Rays who are thought of as savvier than the Royals. There are flags flying at Kauffman Stadium that those teams would love to have, of course, but they consistently put a good product on the field despite their financial constraints and are considered some of the most innovative teams in baseball. The Royals still aren’t at that level, but articles like the ones I’ve been seeing this offseason make me think they’re headed in the right direction.

Then again, there are plenty of articles about other teams doing these exact same things. If you spend a little time looking, you’ll quickly come to realize that basically every team that finished under .500 last year is planning to get back to contention through improving player development.

So yeah, everyone’s doing it. What the Royals are doing isn’t unique, it’s absolutely necessary just to be in the conversation.

Don’t get me wrong, it’s great that the Royals are investing in player development, and it’s particularly refreshing to hear that they’ve abandoned some of the outdated practices they were rumored to have employed in the past. If they’re going to return to contention any time soon, they absolutely must get the most out of their young players because literally every other team in baseball is trying to do the same thing. The Mariners send their pitchers to a freaking “gas camp,” for crying out loud. The Royals have to compete with that. (You should read that gas camp article, it’s pretty cool).

Given the lack of production the Royals have gotten from their farm system in recent years and the relative influx of talent they have coming through the pipeline now, it’s refreshing to hear that they’re evolving – and being noticed for it. I like what I’m hearing from the organization. They’re saying all the right things and they seem to be taking a thoughtful approach. I just hope it’s enough.