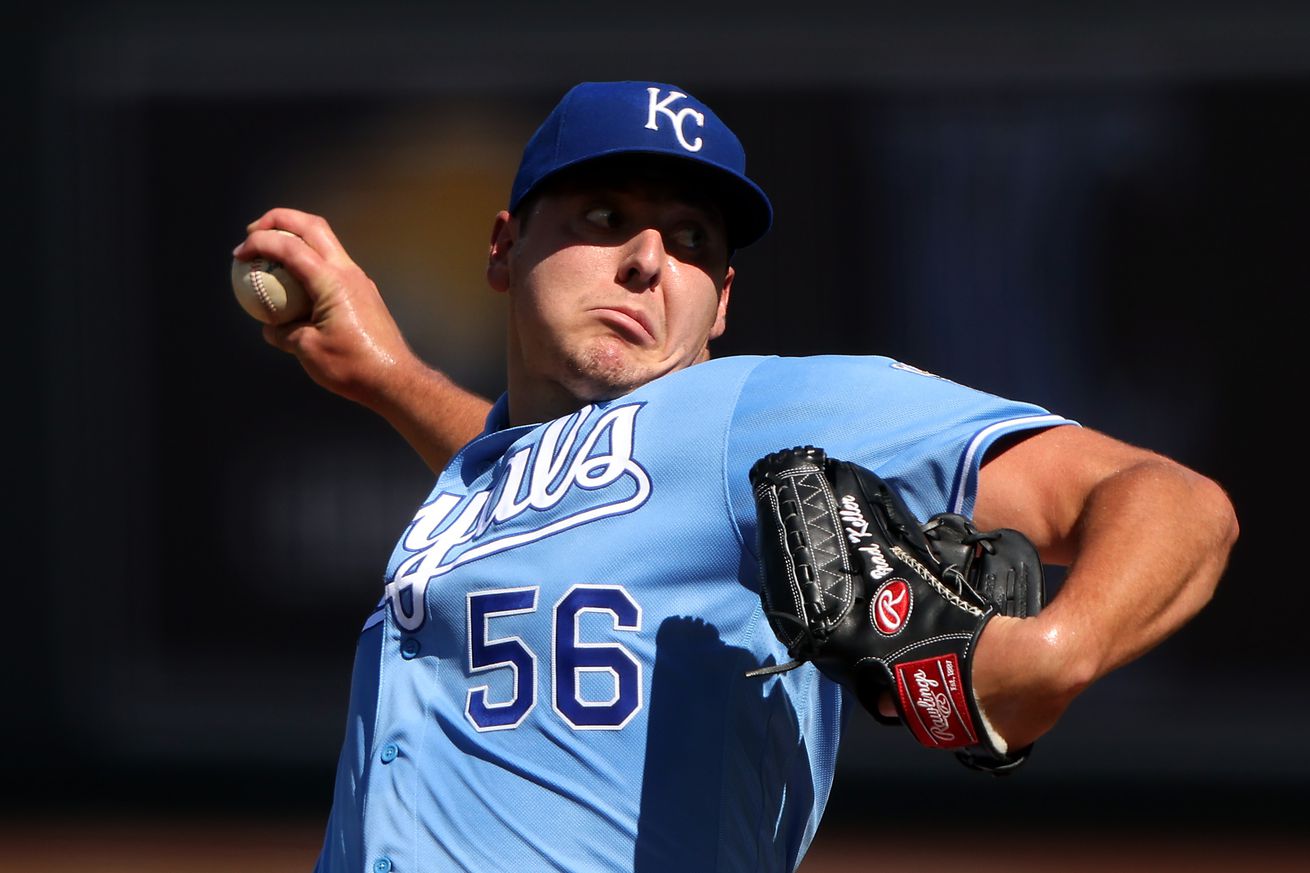 How, exactly, is he doing it?

There is nothing exceptional about Brad Keller as a starting pitcher. Except oftentimes his results.

In an era where throwing smoke is routine, Keller’s fastball averages under 93 mph. In a league where strikeouts are the norm, Keller posts a pedestrian 6.2 SO/9. While there are many starting pitchers who display supreme location, Keller owns a 3.4 BB/9.

All of the above are below average numbers. Yet Keller has allowed just a single extra-base hit (!) this summer: A double to Franmil Reyes in the sixth inning of a start against Cleveland at the end of August. It snapped a streak of 28 innings this year where Keller did not allow a hit longer than a single. That is, simply, exceptional.

Keller cruised in that start against Cleveland. It was the fourth start out of five where he finished with a Game Score of 66 or better. Again, for a guy who doesn’t strike out a bunch of hitters and doesn’t generally go deeper than six full innings, that’s a solid number.

But no pitcher is perfect and Keller has hit a couple of speed bumps. Particularly the starts that formed a bookend around his Cleveland gem. When Keller has been on in this 2020 season he’s been on. And when he’s scuffled… well, it hasn’t been appealing. And it has left me wondering…

How exactly does Keller do it?

Obviously, a key to Keller’s success is his ground ball rate. Keep the ball on the ground and it can’t go over the fence, you know? His current 52.5 GB% is good, but nothing really exceptional. It would rank him at 10 among starting pitchers with enough innings to qualify for the ERA title. His hard contact rate of 39.6 percent would place him 14th overall, so it’s not like hitters aren’t able to put the ball in play without any kind of force. Among pitchers with at least 500 pitches thrown and 100 put in play, Keller’s average launch angle of 5.4 degrees ranks him 12th.

Again, the numbers and rates are good. His overall ranking in categories is solid. But still… how does he achieve these results?

To be intrigued by Keller is to be intrigued by his slider. After all, it’s his bread and butter pitch. Let’s get the 10,000 foot view of how he’s used the pitch over the course of his major league career and how its evolved, along with some results and some metrics.

There are a couple of obvious trends we can spot from the above table. For starters, he’s relying on the slider more and more. From Brooks Baseball, here’s how he’s approached both left and right-handed hitters through those seasons.

While the usage has increased overall against batters on both sides of the dish, Keller is throwing the slider less as the first pitch of a plate appearance. In 2020, he’s mostly featuring the four-seamer on the opening pitch to a left-handed batter and going for the sinker as the first offering to a same-side hitter. The percentages on the slider as a first pitch are still high enough the opposition can’t completely discount it, but Keller is saving the slider for later in the count.

Having established the shift in when Keller is throwing slider, let’s focus on the metrics and the results. It’s time to revisit the first table presented in this article.

The trend on the batting average and slugging against the slider is absolutely moving in the right direction. Throw your small sample caveat out there, but he’s shaved roughly 30 points off his opponent’s batting average in each of the last two seasons. The slugging has cratered due to the most impressive facet of Keller’s 2020 performance—the aforementioned complete lack of extra base hits allowed.

Perhaps the most impressive—and important—bit of info to glean from the table at the top is the increase in spin rate. It’s gone up in each of his two seasons following his debut, but it’s really increased in 2020. Combine the performance of the pitch, with the results and it’s easy to jump to a conclusion as to why Keller has found success in 2020.

But even in the small sample size of 2020, we need to dive a little bit further. Because Keller’s abbreviated season has been a bit Jeckyl and Hyde, here’s how Keller has done in each of his starts this season. It looks like it’s sorted by spin rate, but it’s not.

Keller’s spin rate on his slider has declined in each of his starts since setting the benchmark in his 2020 debut. So if he’s struggled in two of his last three starts and his spin rate is declining, maybe there’s some sort of correlation there. A slider spin rate above, say 2,600 is a key. Maybe?

Let’s look at all of Keller’s starts and plot them by runs allowed and slider spin rate. Is there anything we can draw from such a graph?

Keller’s average spin rate on his slider as a starter is 2498 rpm. Damn close to our 2500 line on the above graph. That makes is super easy to identify the starts where Keller had a spin rate on his slider above his average and conversely, those starts where he was below average. And as you can see, the correlation between his spin rate on the slider and his overall performance isn’t really anything of note. And that obviously makes sense given the large number of variables that impact a pitcher’s performance.

So ignore correlation and instead pay attention to the cluster of high spin rates along the 0 axis. The top three of the cluster of five have come this year. In fact, those were his first three starts of 2020 (and the reason behind this article). While all of his slider spin rates this year have been above his career average, you just can’t draw a concrete conclusion between that and overall performance. Damn you, data!

The movement of his slider, even with his increased spin rate, is largely unchanged. The vertical drop remains high on the pitch, dropping slightly from 44 inches according to Baseball Savant to 43.1 inches. Both numbers are well above league average on the slider. The horizontal movement shows a bit of a decline from the previous year (7.2 inches of break in 2019 versus 5.9 inches of break this year), but again, not enough where the results would be skewed that much.

So where does that leave us in unlocking the mystery and mastery of Keller? The answer isn’t really all that clear. After all these words and tables and charts, the enigma remains. Unsolved for another turn through the rotation.