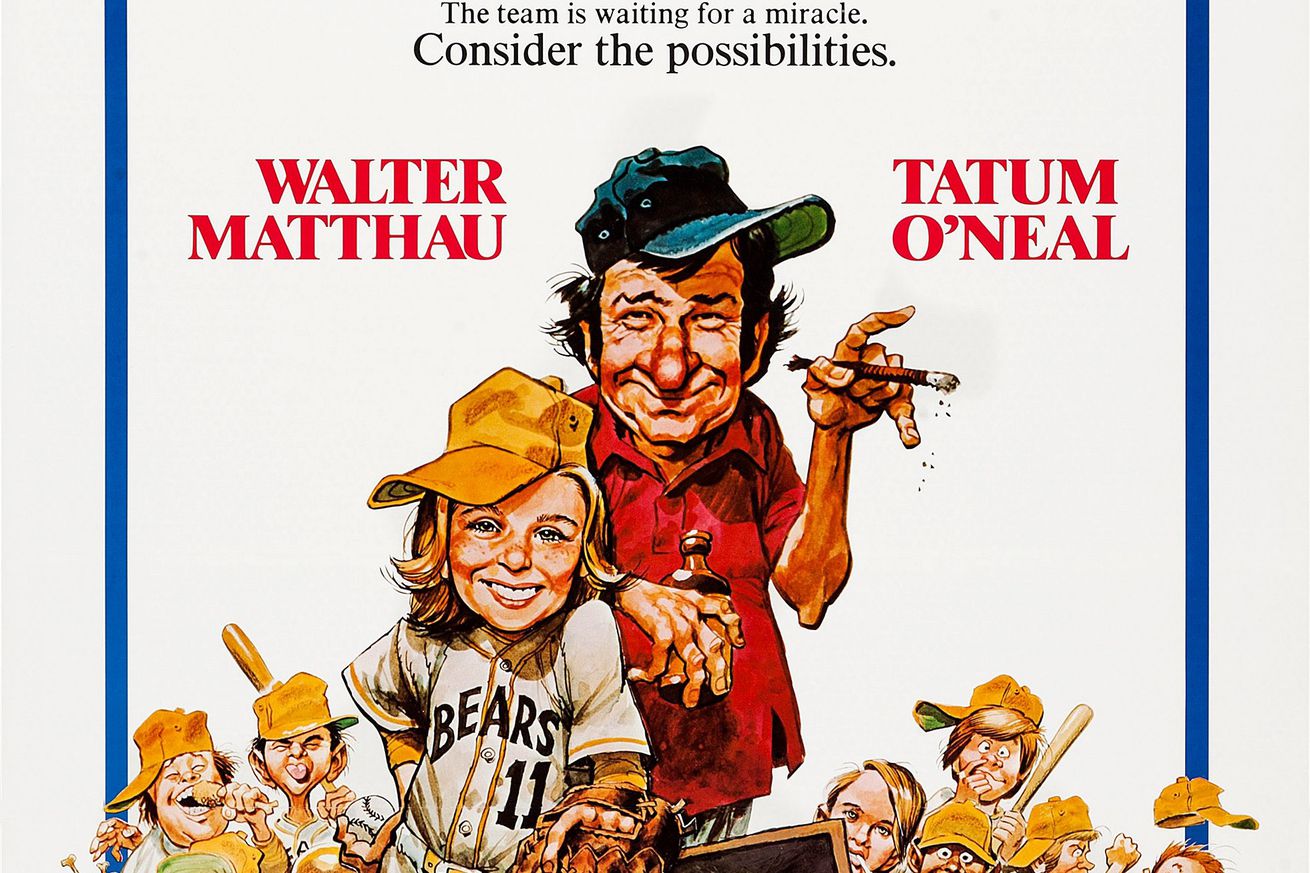 If any movie I’ve watched so far deserved to have this question posed, it was this one.

I did not want to watch Bad News Bears. I had a strong sense I would not enjoy this film. But people kept requesting it and requesting it until I felt I would not be doing my job properly if I didn’t review it. Also, there was always the chance I could be pleasantly surprised. And I live by Joe Posnanski’s expected rating system which basically posits that the worse you expect a movie to be the more even an average movie will entertain you and vice versa.

This movie did not even entertain me based on the meager expectations I had set for it.

The movie is supposed to be a comedy but I only laughed one time the entire film. I don’t even remember what prompted the outburst. All I can recall is that it was fairly early in the film. Some of the problem with the movie’s humor is that I’ve just seen it done a million times since, only with the formula improved. I’ve seen the ragtag group of athletes find themselves making inexplicably terrible plays. I’ve also seen grown men who seem incapable of taking care of themselves, street-wise kids who con adults, and the punks who have to be convinced to join the team. So while I’m not going to be giving the movie much credit, I will credit it for being the earliest example of these popular tropes I’ve ever seen.

The rest of the problem with the movie is much more…well problematic. Racial and homophobic slurs are present throughout the film. The film must have had a quota of fat jokes to meet because they came hard and fast early on before completely disappearing before the end. It also plays Morris Buttermaker’s (Walter Matthau) alcoholism and drunk driving for laughs and while he’s shown drinking less for a short time when he begins to become serious about coaching the team but it’s still such a problem for him at the end of the film that he passes out beers to his team of 11-year-olds in the final scene. The “cool” kid in the movie smokes. All of the stuff in those last two sentences goes without repercussion, redress, or even remark except when one of the fathers suggests that Buttermaker stop handing out beers to the kids – but only because the press is there.

There’s also the small matter of child abuse in this film. The most obvious moment is when the Yankees’ coach, Roy Turner (Vic Morrow), hits his pitcher (and son? I think?) in the face during the championship game; that moment causes people to look down on Turner, but it’s not like he’s arrested. Hell, he’s not even removed from the field. And it’s not like Buttermaker is any better. I can recall at least two instances where he throws things at kids and another where he shoves a kid for not obeying his command to be intentionally hit by a baseball. Giving kids beers is also a form of child abuse for all the movie wants to pretend it isn’t. And I feel like I have to be forgetting at least one other instance besides.

Maybe I’m just an uptight, liberal wacko but it was Buttermaker’s violence that really ruined the movie for me. If there is a way to make me root for such an abusive personality I’m not sure I’d want to know about it. Maybe the rest of the movie was funny but I’ll never be able to tell you because I was too worried about the safety of the children in his charge.

The most disappointing part of the movie for me is that there’s no real payoff for anything. Things just…are. Buttermaker doesn’t learn to be a better person. The kids don’t win. They don’t even learn to become significantly better baseball players; the team only starts winning because Buttermaker is able to bring in a pitcher and hitter who are leaps and bounds better than anyone else in the league. No one gains or loses anything and the status of every character and even the narrative is largely unchanged from the beginning of the film to the end except that the Bears inexplicably like Buttermaker after all of his abuse, the fact that he removed a lot of the fun in order to try to make them win, and then removed any real chance they had of winning by putting the kids who were still outcasts into the game for the final inning of the championship game.

This movie is, out of all the movies I’ve reviewed in this space so far, most clearly a product of its time. There is no way this film would be made today without a major overhaul. And I think that’s probably for the best. This film may have done well in its time, and it may have started or helped popularize some now-common tropes but it has precious little to offer a modern audience. If you were considering showing this film to your children I strongly advise you to reconsider unless you’re prepared to have multiple, long conversations about why so much of the behavior on this movie is abhorrent.

It’s a bit funny that I say that this movie would never be made again today because it actually was remade 15 years ago. I fully intend to watch that version of the film – though I haven’t heard much good about it – and investigate whether they were able to remove enough of the “crud” to find some diamonds in the rough of this story.