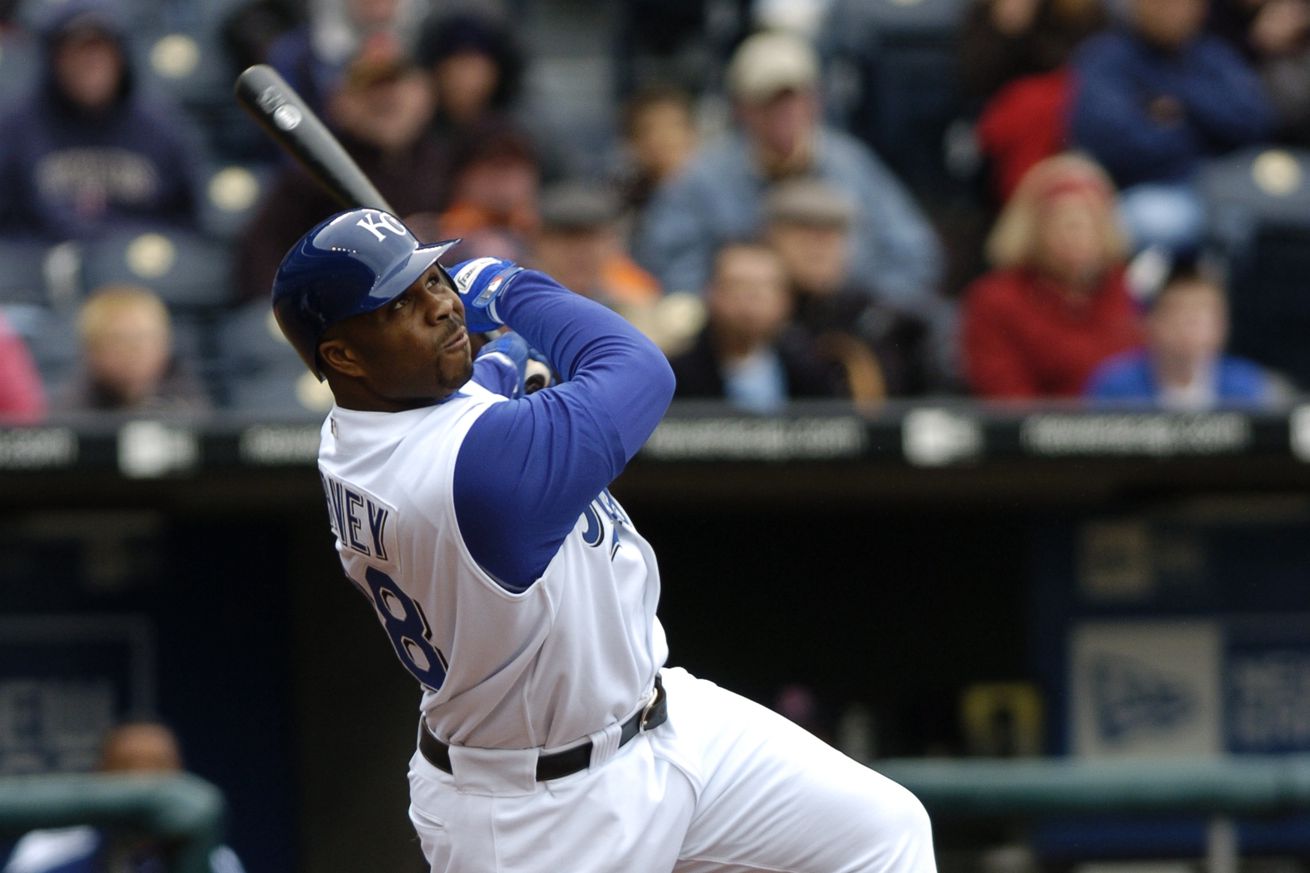 A hot start is all you need this year.

It looks like baseball will be back, albeit in shortened form. This season will be a 60-game sprint, rather than the typical 162-game marathon fans are accustomed to. This could provide for some interesting pennant races as randomness is likely to be more of a factor.

That randomness could apply to individual performances as well. A 60-game season means that one hot streak or one slump can make or break a season. I wanted to take a look back at some of the more surprising 60-game individual performances in Royals history. So don’t expect to see George Brett and his torrid streak in 1980 (for the record, George hit .441/.504/.712 in the 60 Royals games from July 10 to September 6). Instead, we’re looking at some of the more surprising players who got hot during a 60-game stretch.

Scheinblum was a journeyman outfielder who had never had more than 200 at-bats in a MLB season when the Royals purchased him from the Texas Rangers in 1972 at the age of 29. By June he was the regular right fielder, showing teams what they had missed out on. He was among the league-leaders in batting average for much of the summer, and was one of five Royals in the All-Star Game that July. Scheinblum would end the year right at .300, but that would be his only season in Kansas City, as he was shipped to Cincinnati that winter in a deal for Hal McRae.

Slaught was a serviceable backup catcher who would enjoy a 16-year career who was the primary catcher for those early-90s Pirates teams that won division titles. In 1983 he was with the Royals in his first full season, and hitting just .212 in mid-July. He would catch fire, collecting a pair of four-hit games in August, and end the year hitting .312/.336/.388 as John Wathan’s backup.

Nunnally went from High-A ball in the loaded Indians’ farm system to being on the Opening Day roster for the Royals thanks to the Rule 5 draft. Nunnally had shown good power potential in the minors, but many thought the jump would be too big for him to handle. That wasn’t the case early on, as “The Flying Nun” homered in his very first big league plate appearance against the Yankees. He found it tough to get playing time with Johnny Damon and Michael Tucker in the outfield, as well as veterans Vince Coleman and Tom Goodwin, but Nunnally kept right on hitting, enjoying his first multi-homer game on June 21 against the Angels. He would finish with a line of .244/.357/.472 with 14 home runs in 360 plate appearances, finishing eighth in Rookie of the Year voting.

Did you even know Hal Morris played for the Royals? He had been the first baseman for the 1990 championship Cincinnati Reds, but as a high-contact, low-power first baseman, he was on the outs in the homer-happy late 90s. He signed a one-year deal with the Royals to be their designated hitter, and likely set a record for how many times he was called a “professional hitter” that season. He got hot early, going on a 12-game hitting streak in which he hit .563, and he hit .427 overall for the month of April. He had his average over .350 into July, but would end the season at .309.

The Royals re-acquired Randa in 1999 after a brief sojourn to Pittsburgh and Detroit, but he was looking underwhelming for the first two months of the season. But early in June he had an amazing streak, collecting hits in ten consecutive at-bats, setting a club record. He didn’t slow down in July, going on a career-best 18-game hitting streak, hitting .442 for the month, and collecting hits in 26 of his 27 games, earning American League Player of the Month honors.

The Legend of Mark Quinn is filled with long home runs, defensive mishaps, fireworks for a walk, a Playboy model, and a fateful bout of kung fu. For a summer, however, he was more than a cautionary tale, taking the league by storm. After a brief demotion to the minors in June for an attitude adjustment, Quinn returned and began impressing manager Tony Muser, who remarked, “He went down there, and he worked hard…I think he’s proven to himself that hard work pays off.” Quinn would end the season hitting .294 with 20 home runs and would garner Rookie of the Year votes, but just like that – poof – Quinn was gone.

The Royals signed Guiel out of the Mexican League in 2000, but after a couple of strong seasons in Triple-A, he made his MLB debut at age 29 with them in 2002. The Royals got off to a hot start in 2003, and brought Guiel up in late May to fill in for some injured players. In his second start, he went 4-for-6 against the Rockies, then homered in a two-hit performance the next night. By July he was hitting leadoff, the perfect epitome of the surprising, out-of-nowhere success the club was having that year.

Ken Harvey’s All-Star appearance in 2004 has become a punchline, but for the first two months of the 2004 season, he really did hit like an All-Star. Harvey got off to a torrid start, hitting .397 in April, the third-best batting average in that month in club history. He got hot again in late May with a trio of three-hit games in one week, prompting General Manager Allard Baird to remark, “I can tell you everyone in this organization watched Ken Harvey hit and thought, `This guy might win a batting title some day…I don’t know that any of us thought it could be this year.” Unfortunately Harvey would slump in the second half to finish at .287, and a year later he had already played his last Major League game.

Mark Teahen was the main piece of the Carlos Beltran trade, and for 60 games in 2006, it looked like he would justify trading away a franchise player. Teahen struggled initially that year, and was demoted in early May when he fell below the Mendoza line. But the demotion and instruction with then-Omaha hitting coach Terry Bradshaw seemed to wake up his bat, and when he returned in early June he was a new man. He began hitting for power, enjoying his first multi-homer game in late July. He would enjoy the best offensive season of his career, ending with a line of .290/.357/.517, but would never again reach those lofty heights.

In the first half of 2014, Royals fans were witnessing Aoki slapping at the ball, his odd defensive routes, and slapstick foibles and wondering why the Royals ever saw fit to acquire the Japanese-born outfielder. But the Royals were a second-half team and Aoki proved to be a second-half player. He was red-hot down the stretch, hitting .379 in September, with back-to-back four-hit games, then had the game-tying sacrifice fly in the Wild Card game.