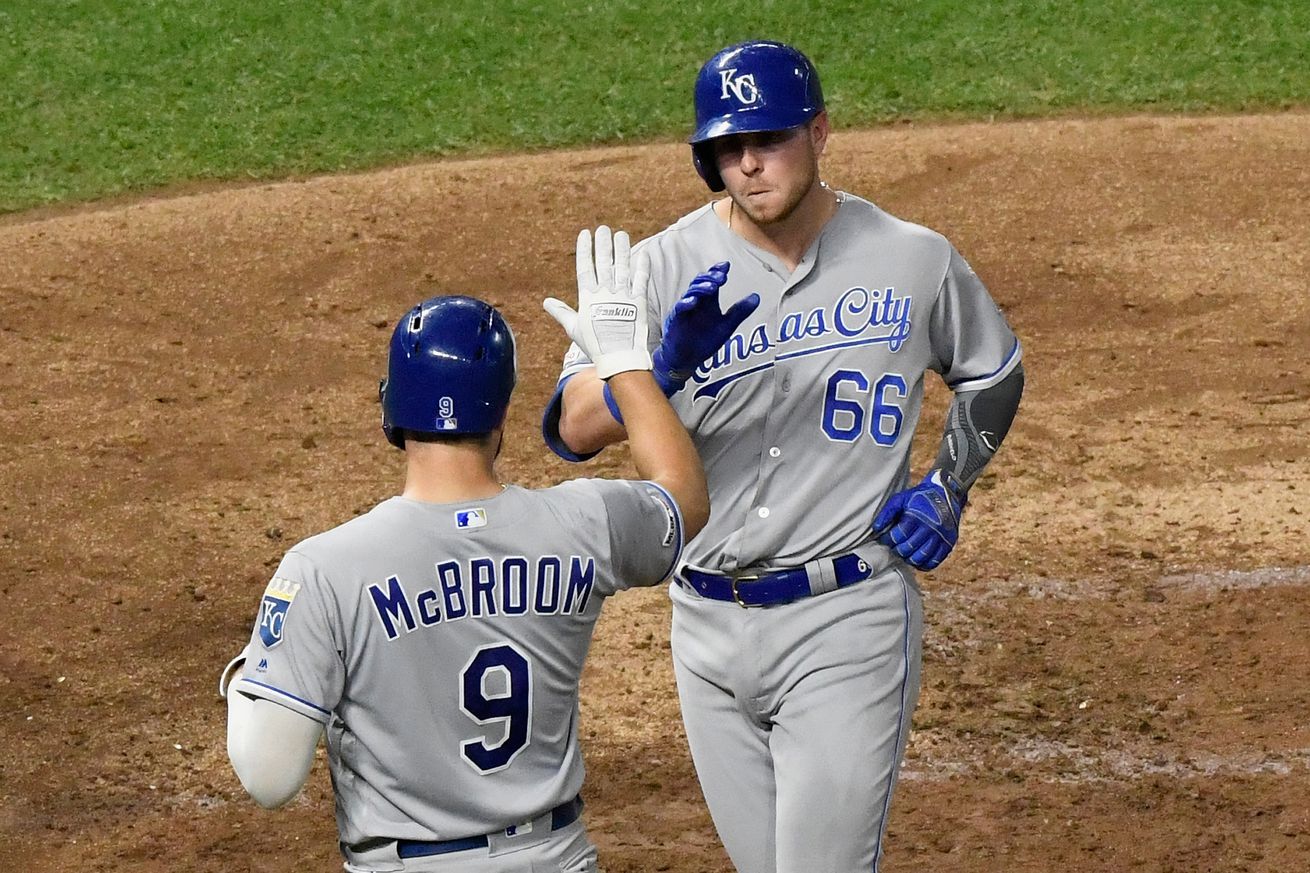 It’s a battle of the Ryans.

Eric Hosmer once stood tall at first base, making flashy glove flips, looking handsome and sprinkling in the occasional rip over the right field wall when he wasn’t hammering the ball into the ground. You may think he didn’t live up to his potential, but for seven seasons he was a perfectly above-average offensive first baseman who had moments of brilliance, saving them particularly for the post-season when the Royals needed him the most.

Someday we’ll know for sure if Hosmer was worth the gigantic contract the Padres gave him (spoiler alert, he won’t be worth it) but the Royals have really missed him at first base. Since the former All-Star first baseman departed after the 2017 season, the Royals have seen ten players start at first base in the past two seasons, and they have combined to hit .226/.293/.396.

The position may still be up for grabs this season, although there appear to be only two candidates for the job (barring a late Lucas Duda signing). Let’s take a look at the matchup.

Ryan O’Hearn has started the most games at first base for the Royals over the past two years, but with very mixed results. He burst onto the scene in 2018, smacking 12 home runs after his call up on July 31, more than all but six American League players over that time. The Royals suggested he had some good exit velocity numbers in the minors and had translated more of that raw power into game power as a big leaguer.

There were signs his hot start was a bit fluky and he was headed for regression, but not many expected him to have as bad a season as he had in 2019. After a solid start, he dipped under the Mendoza Line in mid-April and spent the entire season below .200, posting the fifth-worst batting average and fifteenth-worst on-base percentage of any big leaguer with at least 300 plate appearances. Coupled with poor defensive metrics, he was worth -1.0 fWAR, one of the 15 worst position players in baseball.

The culprit seemed to be an increase in grounders. O’Hearn sent 46 percent of his batted balls into the dirt, a significant increase from his sizzling 2018 performance. Because of this, he also faced many more shifts, with teams shifting on him nearly half the time last year. However even when he got the ball in the air, the ball didn’t go over the fence as much.

O’Hearn may have been a bit unlucky last year, but he may need to re-tool his launch angle to get more loft on the ball. He changed his diet and lost some weight, which could allow him to tap into more power. O’Hearn has options, but he is the incumbent and it is likely his job to lose. The lefty is still just 26 years old, and seems to have the tools to at least be an average first baseman with good pop. But he is a poor defender in an organization that prides itself on infield defense, so he can’t really afford a poor start at the plate.

The fact the Royals went out and acquired McBroom from the Yankees last September should be at least one indication that the first base position is not exactly solidified this spring. The Royals made a pretty shrewd deal last year to get the former West Virginia Mountaineer in exchange for cash considerations, and he impressed in a limited run in September, hitting .293/.361/.360 in 83 plate appearances.

The right-handed bat was originally drafted by the Blue Jays, and he has shown some good pop in the minors, clobbering 26 home runs in Triple-A for the Yankees last year. McBroom has kept the strikeouts down better than O’Hearn in the minors with a pretty impressive strikeout rate for a power a hitter of 21 percent. He also seems to be a bit more athletic, with the ability to play corner outfield positions as needed. While O’Hearn has struggled against lefties, McBroom was equally good against both lefties and righties last year. He has also impressed in camp so far this year, hitting 6-for-20 with a pair of doubles, and a pair of home runs.

Still, McBroom will be 28 years old in a few weeks and has just 23 games of big league experience under his belt for a reason. While he has been blocked in the minors at times, but his numbers haven’t been overwhelming either. He homered once every 28.5 plate appearances in the minors, less power than O’Hearn exhibited, and his 8 percent minor league walk rate is also worse. McBroom also has options remaining, although if he is ever going to show he is another late bloomer for the Royals, the clock is ticking.

McBroom and O’Hearn seem to be taking the competition in stride.

“I love Broomie,” O’Hearn said. “Broomie and I have become close. We hang out and do our workouts together every day. We’re in the same groups. We take ground balls together. I hang out with him outside of the field. He’s one of my good friends. That’s just what it is.

”As far as rosters go, I don’t make the decisions on who makes the team, who doesn’t, who plays, who doesn’t. But I’m guessing that I can see a scenario where we’re both on the team. My point is it’s out of my hands. All I’ve got to do is show up and do what I do, play hard everyday, work hard every day, be a good teammate and a good friend.”

Who do you want to see standing at first base on Opening Day?