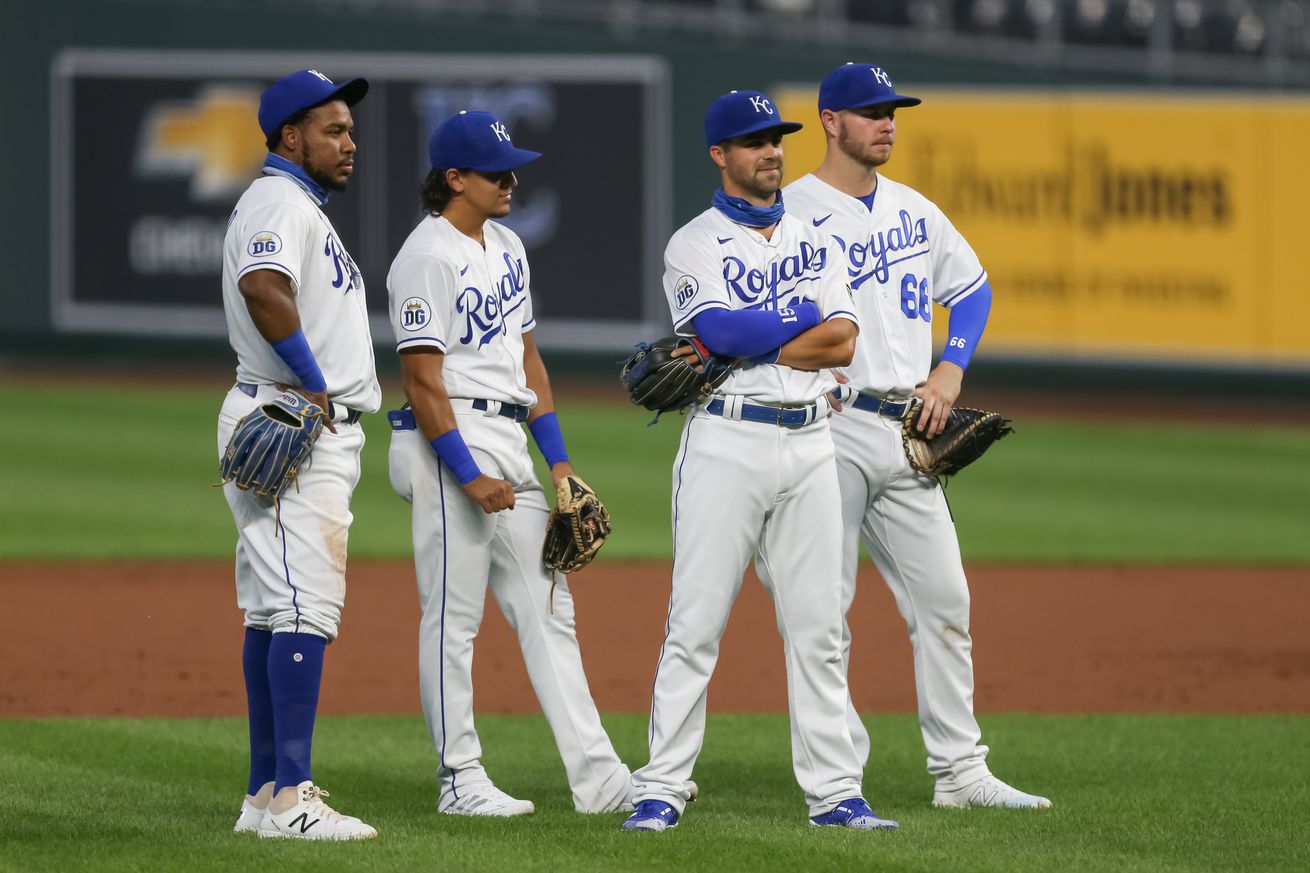 When will the Royals win again?

Alec Lewis looks at the timeline on when the Royals can hope to contend.

Mondesi and Lopez haven’t performed at the plate. O’Hearn has been better in 2020 than he was in 2019, but his wRC+ sits at 76 (100 is league average). And then there’s this truth: Not having a full 162-game season meant less ability to, as Moore said, “have a better feel for the timeline of our players.”

It’s hard to assess how much this wonky 2020 season will affect the chances that the Royals will feel confident to make each decision in 2021. Unfortunately, time doesn’t stop for anyone, and decisions will have to be made.

But it wasn’t enough to win.

Matheny on the #Royals‘ loss to the Indians: “Overall, I thought we had some pretty good at bats. We just weren’t able to string them together and weren’t able to find the holes when we did put the ball in play.” pic.twitter.com/EEesdSf3om

Staumont is a future impact closer, everyone. He throws in the triple digits when he needs to and has a solid 12-6 curveball to go with it. His command and control are finally arriving and that’s been the difference-maker for him so far. His curveball spin rate is in the 91st percentile and opponents hit just .136 against that pitch. His fastball velocity is in the 99th percentile. When hitters do connect with him, it’s just soft contact — he’s given up just two extra-base hits on the entire season.

“I consider Lou Brock a friend,” the Royals’ manager said Monday, a day after Brock passed away at the age of 81. “How amazing of a statement is that? He and his wife, Jackie, are special people. Lou navigated being a superstar and then kind of a folk hero and was always a bright light in the community and in that organization.”

Mike Gillespie at Kings of Kauffman wants to see Jorge Soler shut down for the season.

Cubs infielder Javy Baez is upset on rules against watching video between at-bats.

The Nationals may have a long road back to World Series contention.

JT Realmuto could be the key to the Phillies’ playoff hopes.

Why are batters getting hit at a record rate?

Jon Bois’ latest Dorktown looks at how Duncan Robinson will not shoot two-pointers.

The biggest storylines for this NFL season.

China celebrates the landing of a secret spacecraft as a major breakthrough in space travel.

How screen time can be good for your kids.

The Venture Bros. is canceled after seven seasons.

Your song of the day is The Cure with The Last Day of Summer.