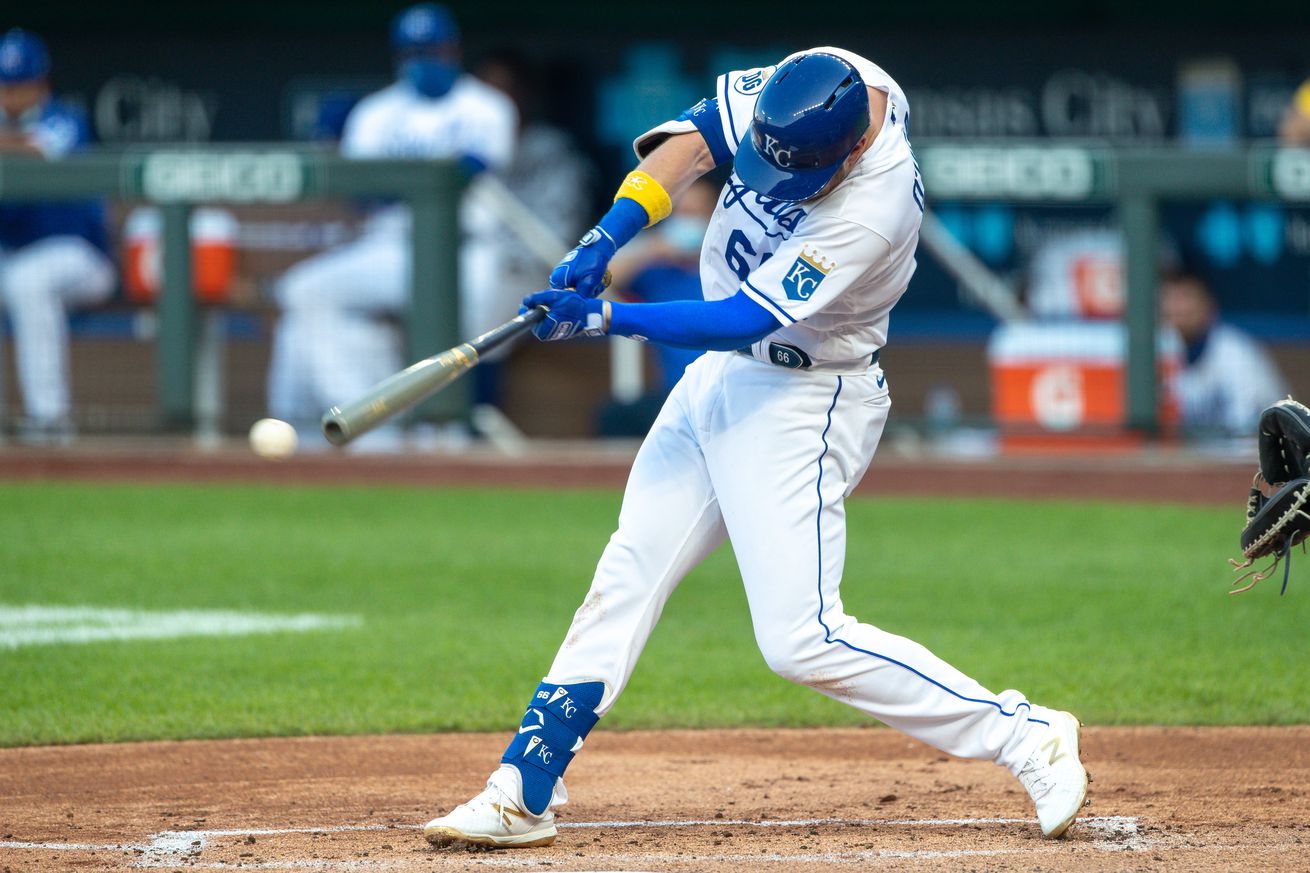 What is the state of this offense?

Whit Merrifield says he is hitting the ball well, despite going through a slump.

“It just felt like bad luck,” Merrifield said of his recent slump. “There was a lot of balls that in a lot of different places would’ve been a different result, but playing at Kauffman it’s an out. When stuff like that happens — we talk about it all the time with Terry (Bradshaw) and (John Mabry) — you can’t try to do more.

“I hit two balls really hard last series to left that I thought were at least doubles, maybe homers, that turned into outs. In the back of your head you maybe try to do a little bit more, but really you’ve got to stay the course and continue to make good swings. I got away from it a little bit.”

Alec Lewis takes an analytical look at the state of the offense.

Similar to Lopez, O’Hearn is a hitter the Royals would have loved to see take strides this season. Though O’Hearn is walking more (13.3 percent, compared to 10.5 percent in 2019), his wRC+ is 69, which is the same as it was last season and ranks as the 27th-worst in the majors. O’Hearn’s issues are finding the barrel (his 7.6 barrel percentage is the lowest of his big-league career) and strikeouts (his 28.3 strikeout percentage is the highest of his big-league career). With the Royals’ outfield logjam, and the frequency at which Dozier has played first as of late, it’s fair to wonder what the future holds for O’Hearn.

In his Mellinger Minutes, Sam Mellinger is frank about the state of the rebuild.

The Royals had a head start on this rebuild, and they refused it. Their young pitching looks nice, but isn’t that what the Indians have always done?

They’re behind. They should be better than this. They do not have the surprise developments, if you know what I mean. Is Whit Merrifield the last minor leaguer to surpass the industry consensus? Josh Staumont is trending that way, but he was also a second round pick.

You’re asking about trades. My assumption is that the Royals would have traded Danny Duffy if offered the right return. I’ve written before that they wanted to trade him a few offseasons ago, but the offers didn’t materialize, so they signed him long-term.

But, let’s just be honest here. The problem isn’t holding onto guys that other teams aren’t valuing as highly as you do.

The problem is that you have too many guys that other teams aren’t valuing as highly as you do.

David Scharff at Kings of Kauffman thinks Edward Olivares is making his case.

Kevin O’Brien at Royals Reporter looks at the stories down the stretch for the Royals.

Despite batting averages being down, Trea Turner chases a batting record.

Who is baseball’s best offensive trio?

Justin Timberlake is trying to bring MLB to Nashville.

MLB rolls out a new video archive that has easy to share baseball clips throughout history.

Those cardboard cutouts of fans have been a way to allow some to grieve those that have passed away.

A study shows that journalists perceive stories from local news to be less newsworthy.

Dentists are seeing an epidemic in cracked teeth.

How Mario became such a malleable video game mascot.

Your song of the day is Jenny Lewis with Red Bull & Hennessy.