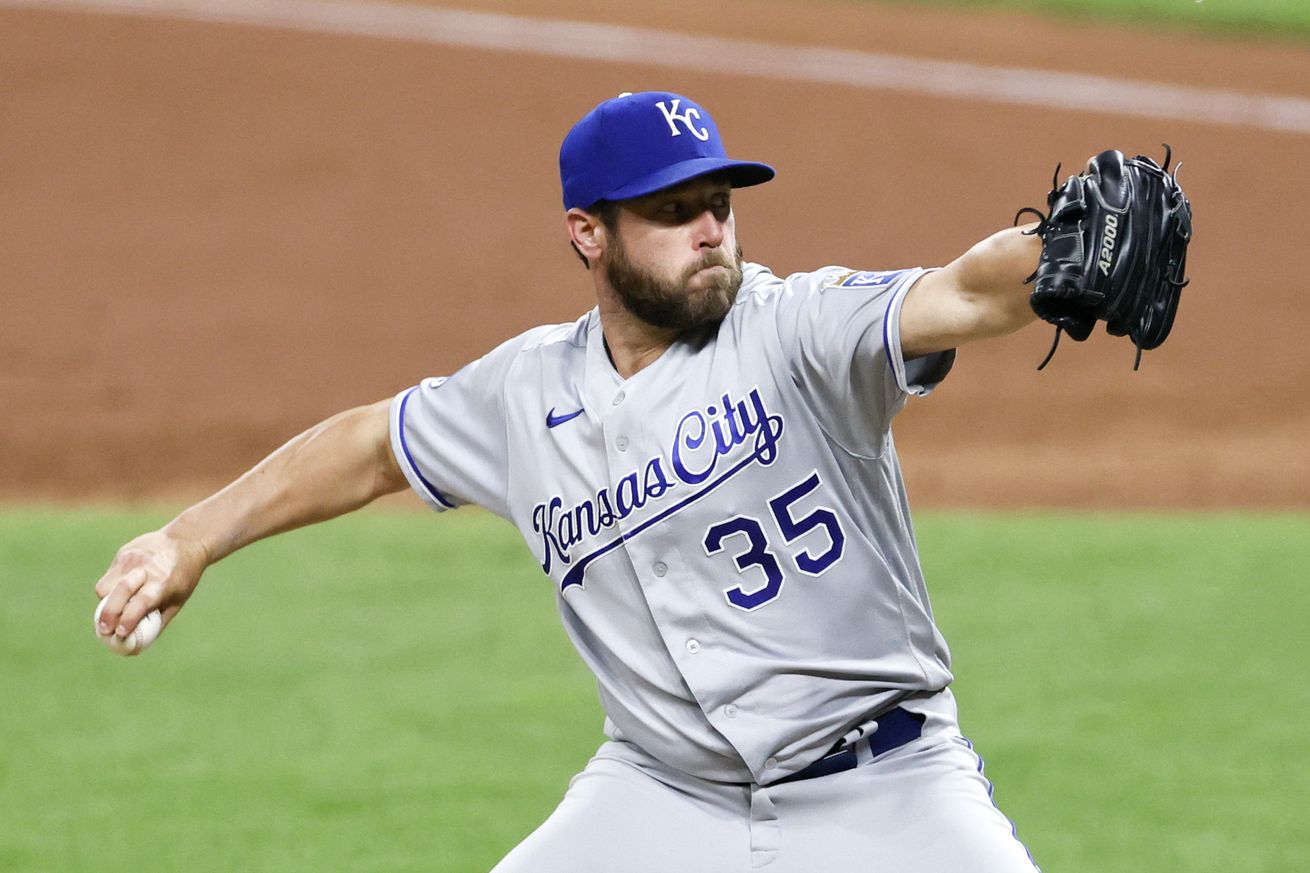 Will the Royals bring back Greg Holland?

Jeffrey Flanagan has an off-season primer with some interesting tidbits.

And Kansas City will definitely be interested in re-signing Holland, who was 3-0 with a 1.91 ERA and had six saves. Holland was well-liked by the younger Royals relievers, who viewed him as a mentor.

Kennedy, 35, earlier told MLB.com that he was interested in continuing to play beyond this season. And although he struggled with a 9.00 ERA in 15 games in 2020, the Royals would be interested in a cost-efficient deal for ‘21 to bolster their bullpen.

No pitcher suffered more in their development from the COVID shutdown of the Minor League season than Del Rosario, who also missed all of 2019 due to a nerve issue. And hence, Del Rosario hasn’t pitched against opposing hitters in almost two years, which doesn’t necessarily bode well for his prospects as a Major League pitcher, even though he is still only 21-years-old.

Despite losing a year due to COVID and his injury history, Del Rosario seems to have one of the highest ceilings out of any pitcher in the Royals organization.

Clint Scoles at Royals Academy also writes about del Rosario and potential changes to the minor league season next year.

Rumor is the minor league season will be moved back to May this year and possibly in the future. For 2021 it makes some sense as teams can start the minor league players later for spring training as not to mingle with major league players while possibly infecting them with Covid-19. For teams in the northern region like Omaha, it may help with attendance due to not fighting cold weather. It’s a give and a take. Would you rather have 70 home games with five to ten in cold weather or 60 games all in a warmer climate? Unfortunately for minor league owners, it won’t be a choice they get to make as MLB will be making it for them.

Shawn Bauman at Kings of Kauffman thinks Mike Matheny was the perfect hire.

What we’ve learned so far about the MLB post-season.

The Yankees reflect on another disappointing post-season performance.

The Athletics may have to rebuild their roster this off-season.

Home runs are still key to winning in the playoffs.

Adam Wainwright says half his teammates are flat-earthers, but I think he’s joking?

Alex Smith may have had the best NFL moment this year by returning to the field.

A map that shows where fall colors are hitting their peak.

Hong Kong thieves steal $645 million in valuables from an apartment.

Disney is going to develop a movie based on the ride Space Mountain.

Your song of the day is The Raconteurs with Steady As She Goes.