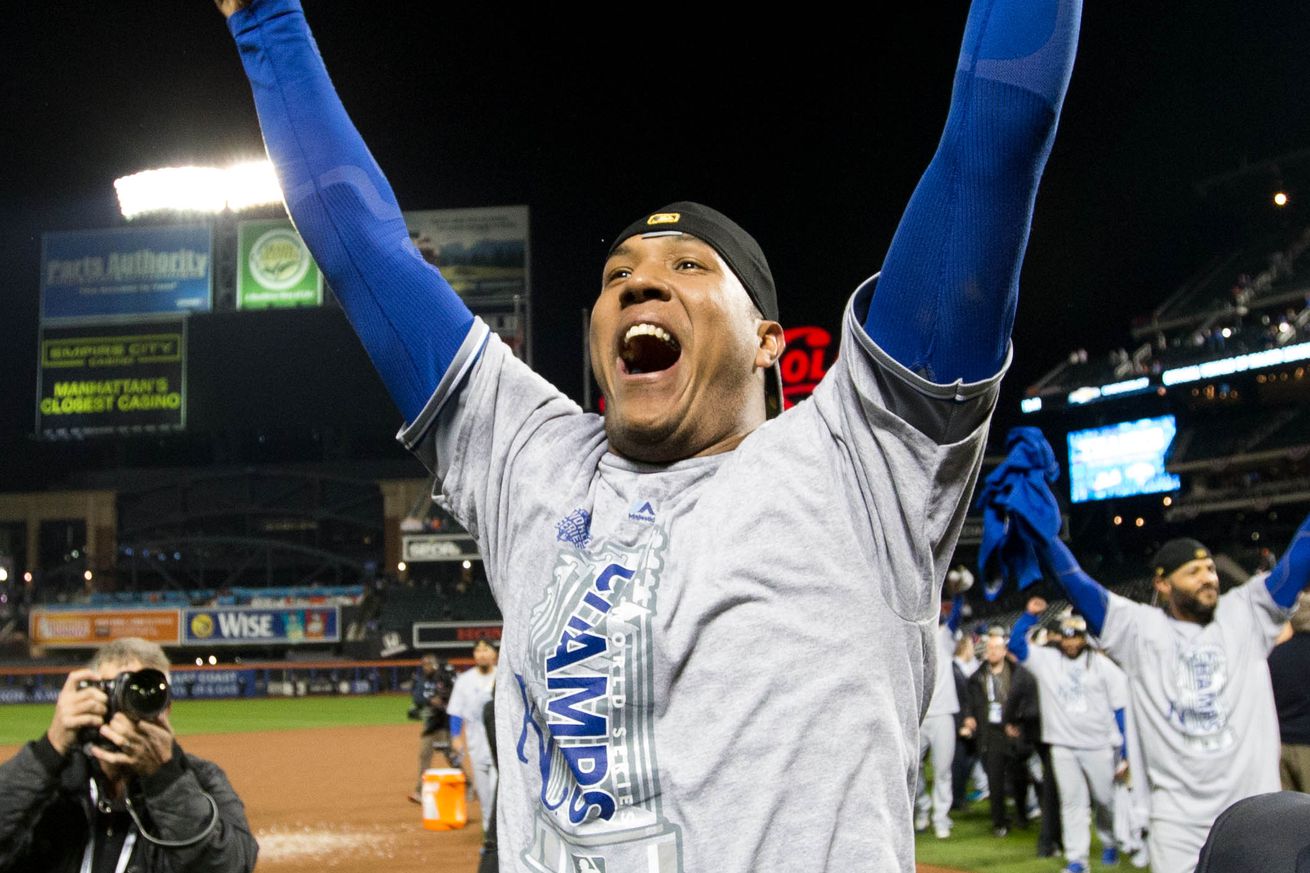 Alec Lewis talks to Lonnie Goldberg about how to prepare for an unusual draft.

In past years, during the weeks leading up to the draft, the Royals have their area scouts fly in, meet inside the glass-walled draft room at Kauffman Stadium and break down certain players in their areas.

“The hardest thing when you’ve done this and you believe in scouting as much as we do is not to get together and be able to go through the normal routine of sitting there and discussing players,” Goldberg said. “Arguing them out. Breaking down video. Talking. That’s camaraderie, but it’s also the nuts and bolts of how we put our board together.”

Lynn Worthy write about Salvador Perez coming through when the Royals needed it the most.

“He has always hit good pitching, which is the staple of a guy’s career,” former Royals hitting coach and current scout Dale Sveum said. “With a good hitter, it’s, ‘Did he hit good pitching, or did he just take advantage of the fourth and fifth starters and hit home runs when you’re up by five or down by five late in games, when the black hole pitcher is in or whatever?’

“Salvy always had that knack for being a big-time hitter for a catcher who is big and has to catch every single day like he does and the energy he brings.”

When he told his father he would be starting Game 1, Edinson remembered him saying, “Oh, wow,” and that he couldn’t wait to watch.

But by the time Volquez was to take the mound on Oct. 27, Danio had died from what Volquez later said was a heart attack.

The suddenness, though, wasn’t the only harrowing aspect of what became a surreal matter.

As Yost recalled the scene in a recent interview and podcast with The Star, the Royals had just finished batting practice when general manager Dayton Moore approached him to tell him the news.

Yost’s first thought was, “Oh my God, Eddie’s sitting there in the locker room” thinking his father is about to watch him pitch … and “now he’s gone.”

Vólquez pleaded for Moore to pursue his friend, Johnny Cueto, to bolster the rotation. And as luck would have it, the A’s, fading fast at the Deadline at 14 games under .500, were willing to move super-utility man Ben Zobrist, a pending free agent.

“As good as our offseason deals came to be,” Moore said, “I don’t think we win it without getting Cueto and Zobrist.”

Why the coronavirus could lead to expansion in baseball.

What will baseball do if the safety protocols fail?

Eleven pitching prospects whose stock could jump this year.

What players will lose out in the 2020 service time agreement?

Where have all the top left-handed pitchers gone?

How MLB’s old schedule makers would have dealt with an 82-game schedule.

Joe Rogan takes his podcast exclusively to Spotify for a reported $100 million.

Michael Bay will produce a thriller where a pandemic never ends.

What if Star Wars never happened?

Your song of the day is Alice Cooper with School’s Out.