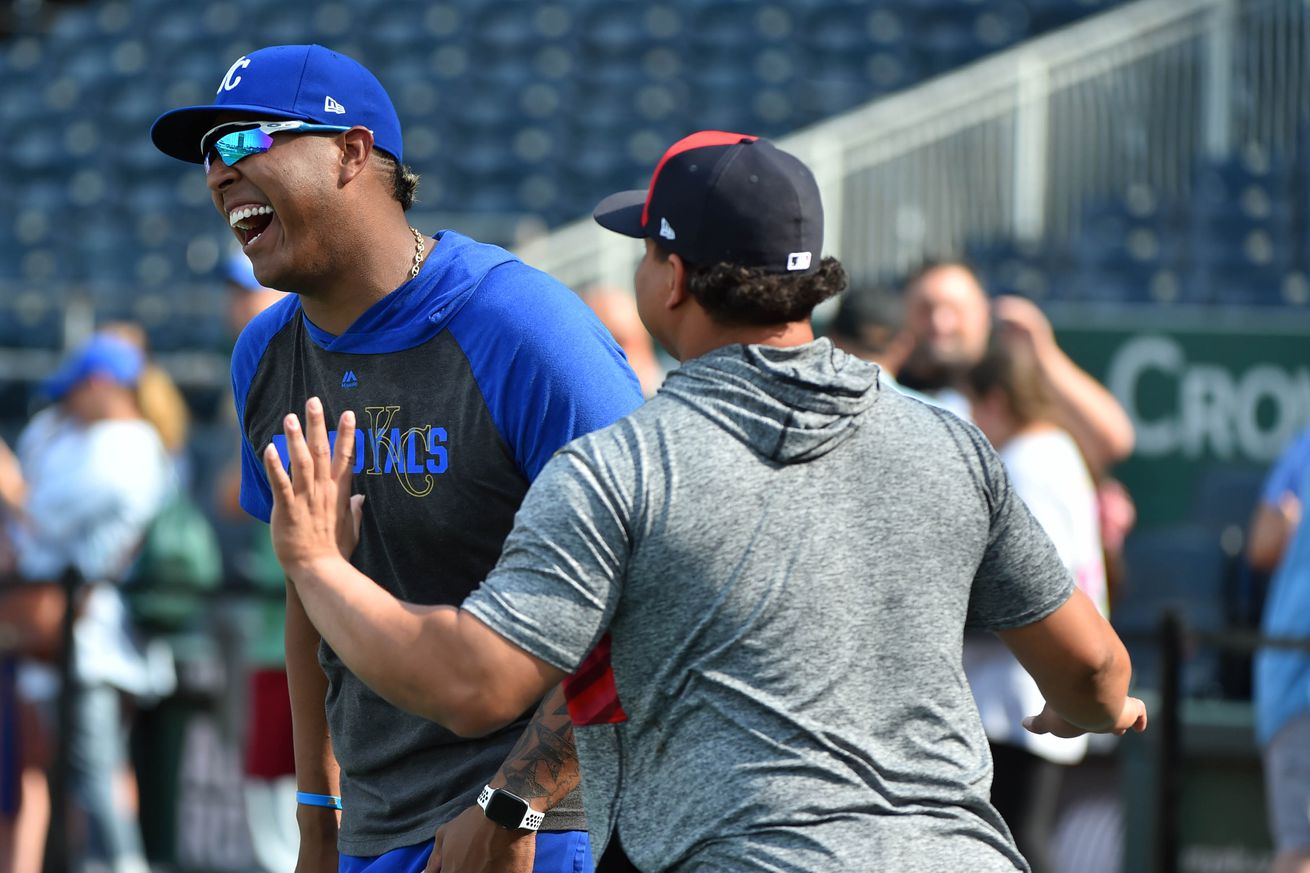 Is Salvy the biggest trash talker on the Royals?

Alec Lewis writes about the time when the Omaha Royals played in Oklahoma City one day after the 1995 bombing.

The next morning, April 19, Jirschele was woken by an explosion. The windows rattled. Toiletries bounced from the bathroom countertop onto the floor.

“I thought it was an accident on the interstate and something blew up out there,” Jirschele said.

Unable to go back to sleep, Jirschele walked down to get coffee in the lobby, where seemingly hundreds of people were loitering. Jirschele was so confused. He glanced up at the television and saw the ticker.

Upstairs in his room, surrounded by his teammates, Muñoz was seeing the same words: A truck bomb had ripped into the Alfred P. Murrah Federal Building in downtown Oklahoma City. He then watched the searing images as the tragedy unfolded.

“To this day,” Muñoz said recently, “it still haunts me.”

Kevin O’Brien at Royals Reporter writes about the impact of Latin American signings under Dayton Moore.

However, for all his faults as a GM, Moore has grown scouting and development in Latin America, and now, the Royals have become one of the better clubs in baseball (or at least fastest growing) when it comes to the acquisition of talent in Latin America. They currently have two Dominican Summer League teams (only 13 other clubs have two teams), with one of the clubs winning a DSL title for the first time a year ago. And they have become active when it comes to signing high-profile Latin American talent during the signing period, as not only Mondesi and Pena are examples, but they also spent considerable money on outfielder Seuly Matias and infielder Jeison Guzman when they were eligible in 2015 as well.

MLB.com writes about the best pure hitting prospect for each team.

Royals: Bobby Witt Jr., SS (No. 1; MLB No. 10)The son of former No. 3 overall pick (1985) and 16-year big league pitcher Bobby Witt became the highest-drafted member of his family when the Royals took him second overall last June. While he didn’t tear the cover off the ball last summer in the Rookie Arizona League, batting .262/.317/.354 over 37 games, the 19-year-old is an impressive athlete who possesses across-the-board tools, including an above-average bat that he complements with a power-speed combo that could make him a 20-homer, 20-steal player in the big leagues.

There is also an article about the biggest trash talker on each team.

The Royals generally are not fond of the trash-talking principle. The closest they come to a trash talker is Perez, who loves to needle teammates, especially pitchers. Closer Ian Kennedy said Perez regularly rolls his eyes when he passes a pitcher in the clubhouse and says, “What a life, man.”

“He loves to joke that we don’t work enough,” Kennedy said. “So that has become his signature phrase, ‘What a life.’ He’s probably right — starters only pitch once every five days.”

Shawn Bauman at Kings of Kauffman writes about the 15 years of futility between 1996 and 2010.

MLB may have a rift with its umpires over pay.

The only woman in the Baseball Hall of Fame – Effa Manley – had a fascinating life.

The Little League World Series is canceled for the first time.

Jay Jaffe at Fangraphs writes about the sting of minor league contraction.

Who are baseball’s best personalities?

Will games speed up without fans?

A fan files a lawsuit against the Cubs and MLB over being struck by a foul ball.

How one college player lost a season to vision problems, and another to the pandemic.

The biggest NFL players who could be cut this year.

Online alcohol sales are up 400 percent.

What do famous people’s bookshelves on their TV appearances reveal?

Hercules will be Disney’s next live action re-make.

Your song of the day is DJ Shadow featuring Run the Jewels with Nobody Speak (NSFW language – clean version here).