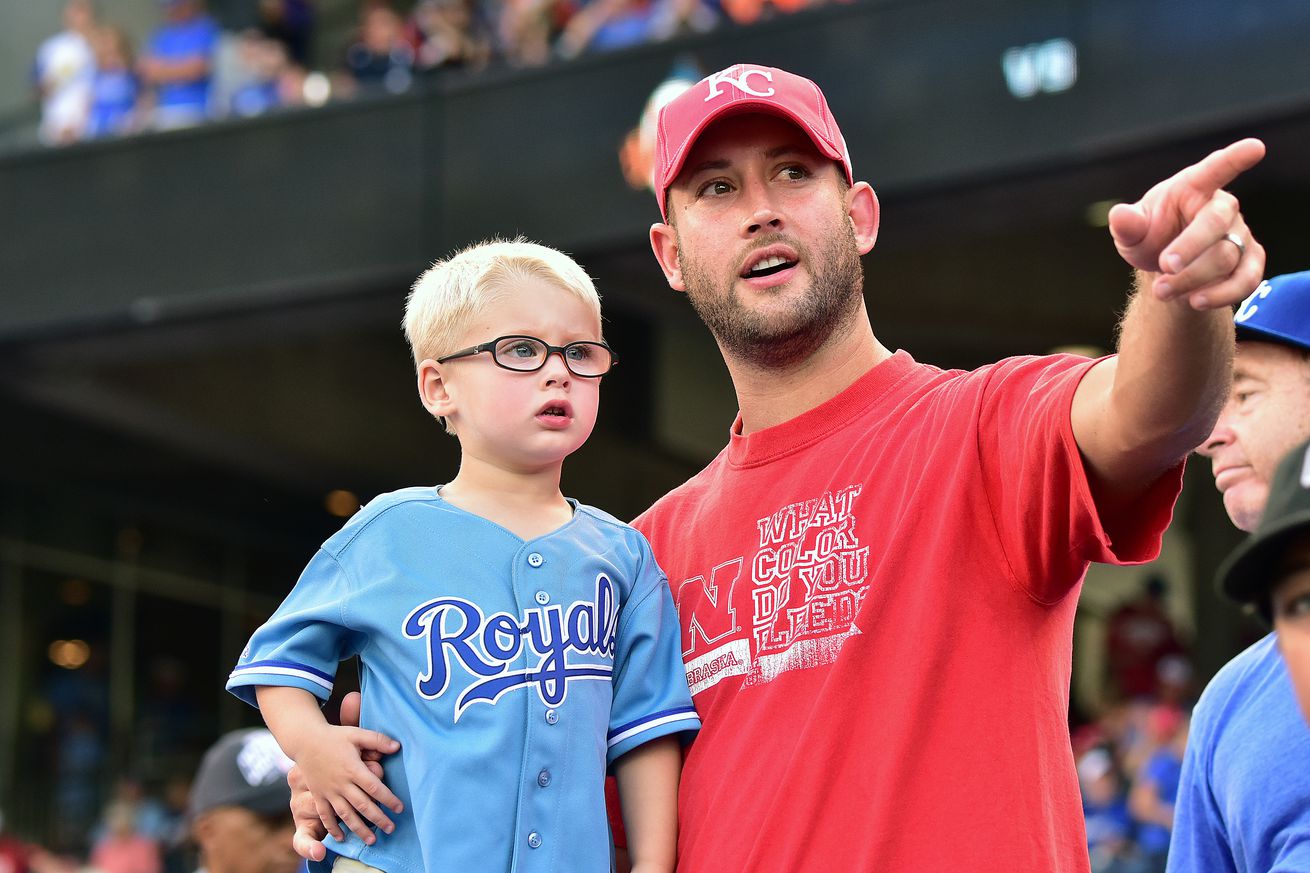 All dad really wants is baseball back on the field.

Lynn Worthy talks to Tennessee pitcher Chase Wallace on why he signed with the Royals.

“What really helped me was my relationship with the Hochevars,” Wallace said. “I talked to Luke and his dad Brian throughout the day. They were pretty much selling me, too. They were pretty much saying how much they (the Royals ) care for their guys in the minor leagues. The relationships they gain with each player was very unique, so I just wanted to be a part of that.”

Wallace’s primary goal was to find an organization that would help him grow.

“Player development,” Wallace said when asked what he prioritized. “I don’t want to go to an organization where I can get stuck and no one is really helping me.”

Baseball America gives their draft analysis of each team’s class.

The Royals kept adding pitchers later in the draft, all of whom have a clear above-average or plus pitch. Hernandez had one of the best changeups in the high school class, Chamberlain baffled hitters this spring with an above-average curveball and Klein has a plus fastball that touches 99 mph. Loftin was one of the best college shortstops in the class thanks to his ability to stick at the position and Gentry is a potential right fielder with big power, albeit with contact concerns.

Kansas City’s class will likely be measured by Lacy’s success, but the Royals have a number of other draftees who have chances to become solid contributors.

Area scout Josh Hallgren likened Loftin’s swing to Dustin Pedroia’s or Michael Young’s. Other staffers compared Loftin to current Royals star Whit Merrifield in that Loftin can play any position for the betterment of the team.

Above the playing qualities, though, was Loftin’s makeup, how he acted and reacted. Picking him at No. 32 — if no team snagged him prior — was a no-brainer for them.

“We were sweating it out big-time,” general manager Dayton Moore later said.

Royals catcher Martín Maldonado celebrated Father’s Day by wearing a blue necktie on his chest protector, an image that went viral. Maldonado also delivered on the field that day with three hits to lead Kansas City over the Twins, 8-6. Maldonado told reporters after the game that he wrote the names of his dad, brother, family and close friends on the chest-protector tie, along with “Happy Father’s Day” at the bottom.

“I just wanted to do something different for the fathers out there, family members, friends,” Maldonado said after the game. Maldonado drove in two runs, one with a single during a three-run second inning and another with a double in the eighth inning that triggered the win.

Looks like we should get some Royals draftees signed soon.

Phil Cobb at the Maryville Forum responds to Shaun Newkirk’s prospect list and shares his thoughts on Bobby Witt, Jr.

David Scharff at Kings of Kauffman looks back at Billy Butler.

All spring training facilities shut down after a number of players and staffers test positive for the coronavirus.

Despite being suspended in the sign-stealing scandal, Alex Cora wants to manage again.

Ben Clemens at Fangraphs writes that expanded playoffs are likely here to stay.

Pete Rose says amphetamine use is not nearly as bad as steroid use.

How a Missouri man who failed in college baseball revolutionized the way big leaguers hit.

The Fenway Park organist has continued playing from home, and he even takes requests.

A positive COVID test from golfer Nick Watney revealed the need for adjustments to safety protocols.

Six former eBay executive are charged in a bizarre plot to cyber-stalk and harass a couple who wrote an online newsletter.

Bankrupt Hertz pulls the plug on its stock sale after the SEC says it will look into it.

Why Jaws, which came out 45 years ago, was the perfect summer blockbuster.

Your song of the day is HUM with Stars.