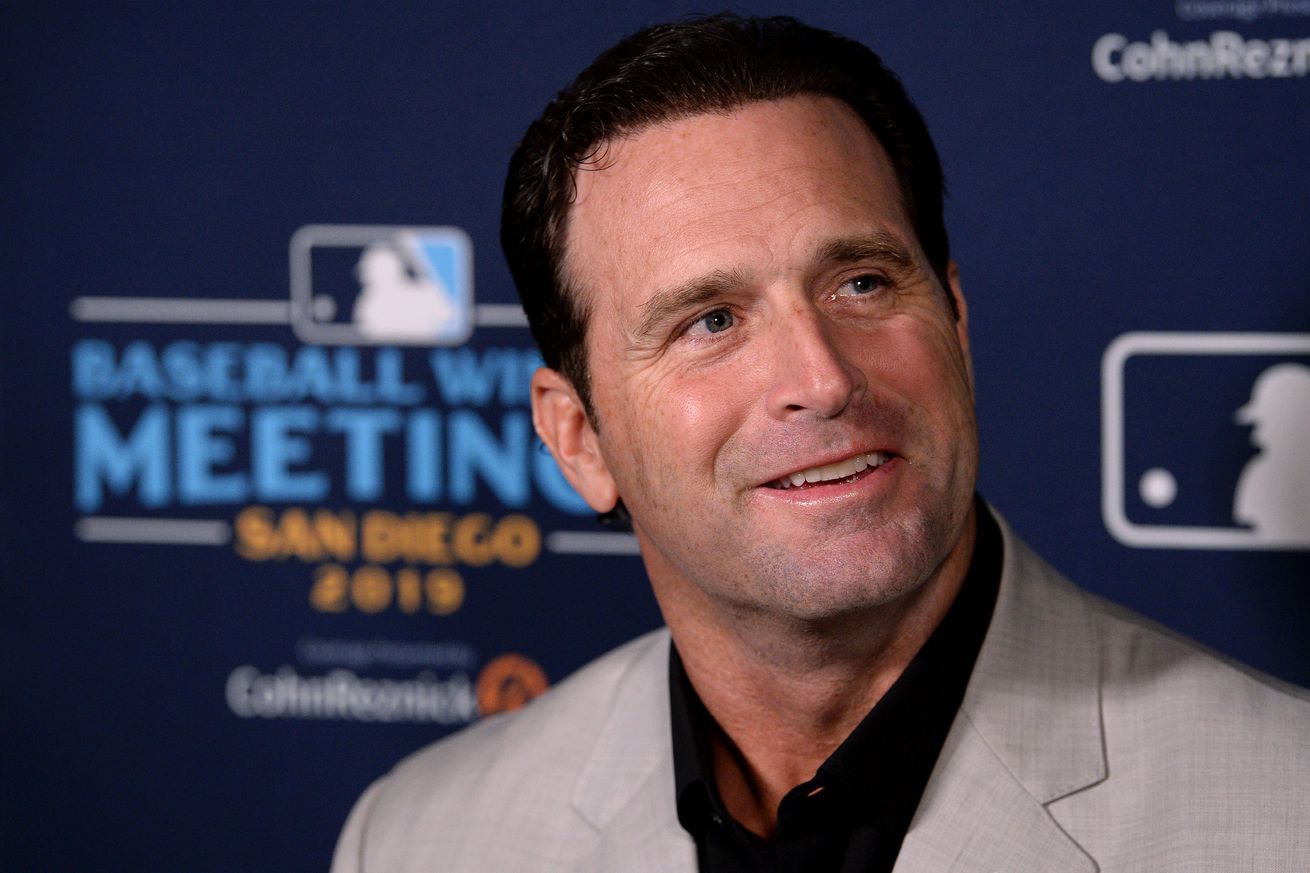 “I’m in sync with Dayton. I’m learning about how to be helpful for him.

“No one is happy about [back-to-back 100-loss seasons]. But we know what our goals are, to compete for a championship. We’re happy with our leadership group.”

Lynn Worthy writes about the message from the other new boss, Mike Matheny.

While Kennedy didn’t directly convey Matheny’s words to the team, he said the idea coming into this season is that if players like himself told their new manager that they’re sick and tired of losing, then it’s time for them to learn to do all the things successful teams do.

Those teams, Kennedy explained, do the little things. That means moving runners over, not walking the first batter of an inning. And it shows up time and time again in those teams that compete for wild card spots or division titles.

”I think the main thing is we need to clean some things up as a team,” Kennedy said. “Overall, it was awesome to have him talk and how fired up he was about us and to take this job.”

Worthy also talks to Dayton Moore about the opening of camp.

The Royals’ roster likely won’t see many significant additions during camp. Moore, who left camp this weekend to see his son Robert begin his collegiate baseball career at Arkansas, has indicated they’re more likely to exhaust in house options than add a starting pitcher from the free-agent market, barring injury.

”The most important thing to understand is this group is very hungry and they feel like they have something to prove,” Moore said. “There’s an edge about them in this camp that I like a great deal, one that I haven’t sensed in a few years. So we’re ready to go.”

Matheny wants Adalberto Mondesi to stay on the field more this year.

“We’re already having the conversation when we get into game situations where we’ve got to shorten up your leads to where you’re not diving back headfirst, that’s what we’re going to do,” Matheny said. “We’re simulating games back here where we take that competition level just down a bit.

“We’re going to work on balls deep into the hole, let’s work on a slide play where you have almost your maximum range to be able to make a play, but take a little stress off that shoulder. And two, I think there’s a maturity process of understanding game situations. We’re up six runs and there’s a ball in the hole, his instincts are telling him, ‘I can make this play,’ but understanding the risk and reward. Is this the right play at this particular time?”

At Royals Academy, Clint Scoles has thoughts on Jorge Lopez.

The Royals have made the move they needed with Jorge Lopez going to the bullpen. The next thing they need to do is ask him to work on his fastball spin rate and get him to back away from the sinker. With a curveball that has a decent spin rate, I would think he could find more spin or better efficiency with it as he’s getting just average drop on that sinking fastball but getting above average horizontal movement.

Royals Farm Report has prospects 26 through 30 in the Royals’ farm system.

Astros pitcher Francis Martes is suspended the entire season for a banned substance.

Did MLB have their hands tied in disciplining the Astros?

All the ways teams could a 26th man on rosters this year.

The Giants will not invite Aubrey Huff to their celebration for the 2010 championship club due to his online comments.

Yankees outfielder Brett Gardner files for a protection order for a women who claims he is sending her sexual signals from the field.

The Korean Kia Tigers are also in Florida for spring training.

Ryan Newman is in serious condition after a crash at the Daytona 500 last night.

John Beilein is expected to be out as Cleveland Cavaliers coach.

The maker of the once-popular trivia game HQ Trivia is shutting down.

Ring cameras can help you spy on your neighbors, but they haven’t helped police much.

Your song of the day is Matt Mays and El Torpedo with On The Hood.