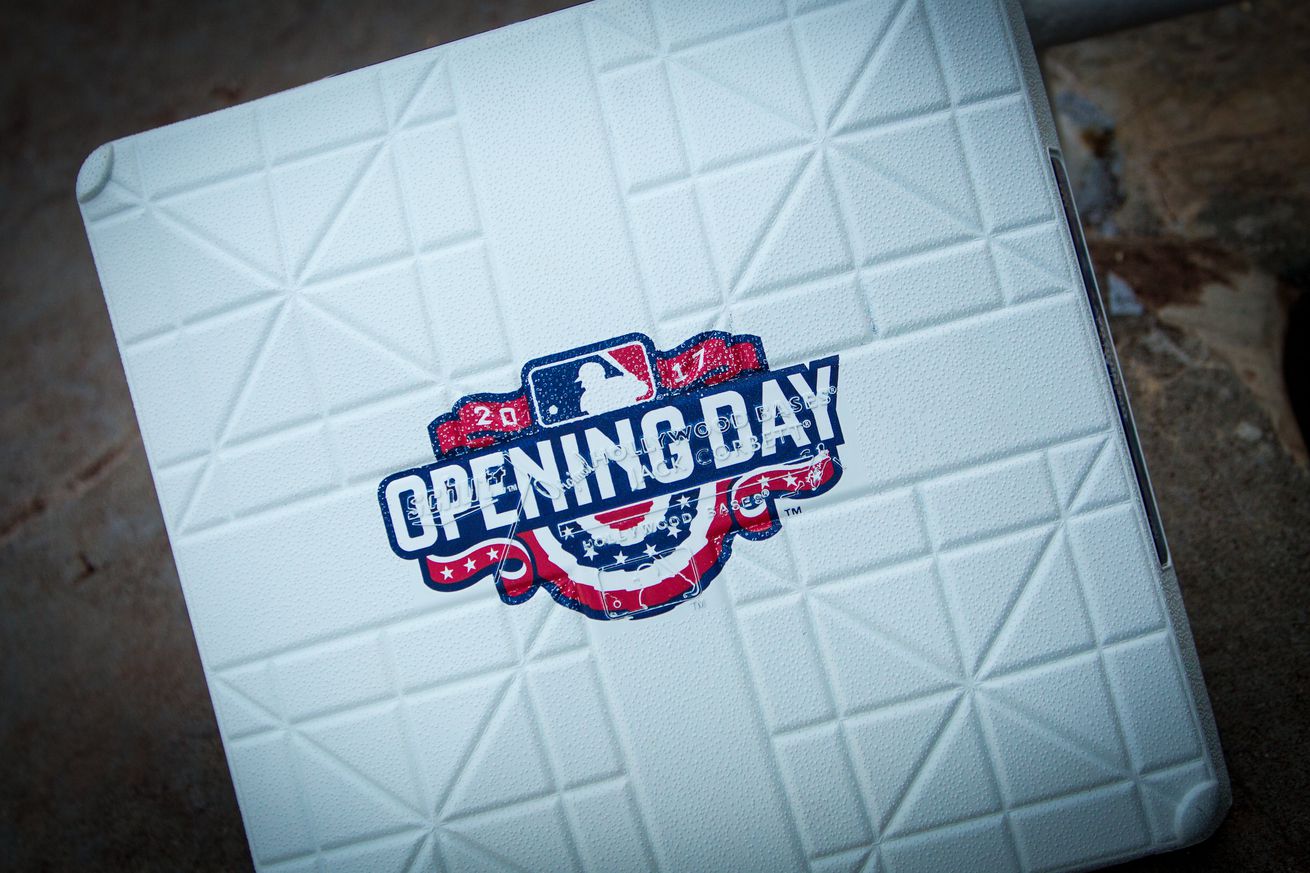 Who should start on Opening Day?

Jeffrey Flanagan writes that the Opening Day pitching assignment is still in the air.

Matheny did suggest that whatever direction he goes with the Opening Day starter, he likely will try to go right-left-right-left or vice versa with his rotation.

“If you have the same type of movement in your pitches, you have to be careful. Not that our righties are exactly alike, but they are similar. So that’s something we probably would try to avoid.”

Flanagan also reports that Kyle Zimmer will get a fourth option year this season.

“I’m not thinking about that all that much,” Zimmer said. “I’m just trying to show them I belong here. I have all the confidence I can help this team.”

He also handicaps the bullpen competition.

Alec Lewis profiles Eric Skoglund and his attempt to make the pitching staff.

“It’s a make-or-break season, man, honestly,” Skoglund said. “I’m a realistic person, and I understand this is a business. It is make-or-break, dude.”

Lewis also looks at six players the projections expect to improve this year.

When Statcast released its new defensive statistic, infield outs above average, one Royals player’s standing stuck out: Lopez. The 24-year-old ranked 13th among all position players who played second base. Unfortunately, due to Adalberto Mondesi’s left shoulder injury, Lopez played a majority of last season at shortstop, where he was good but not great.

His return to second base is in part why he’s projected to improve in 2020. But that’s not all. Strides at the plate are also projected, specifically in the form of his swing-and-miss rates.

Spoke to Royals catcher Nick Dini about catching young pitching prospects such as Brady Singer, Jackson Kowar, Daniel Lynch, Kris Bubic, Tyler Zuber & Daniel Tillo. “These guys are the real deal. They are. You hear a lot of stuff, but then you see it and it’s, like, wow.”

Vahe Gregorian writes about Bubba Starling’s attempt to stick in the big leagues.

Danny Duffy missed the start of camp due to the death of his grandmother, and talked about it with Lynn Worthy.

Mike Gillespie at Kings of Kauffman wonders if lefty specialists are an endangered species.

Alex Duvall at Royals Farm Report looks at how some potential draft picks fared in the opening weekend of college baseball.

Speaking of college baseball, this is one of the worst ejections you’ll ever see.

Jeff Passan writes that baseball is in chaos with a war of words.

Commission Rob Manfred defends the punishment of the Astros.

The Giants trade reliever Burch Smith to the Athletics, the first trade between the clubs since 1990.

Alex Verdugo has a stress fracture, although the Red Sox knew about it when they acquired him.

Rays owner Stuart Sternberg denies a report that a piece of the team has been sold to a Montreal group.

Why the projections love the Mets.

Red Sox fans don’t seem too excited about the season.

Ranking every dunk from the 2020 dunk contest.

How does the Michael Avenatti conviction impact the NCAA?

Our phones can now detect health problems, but is that a good thing?

The star Betelgeuse may be ready to explode.

The 50 greatest breakup songs of all time.