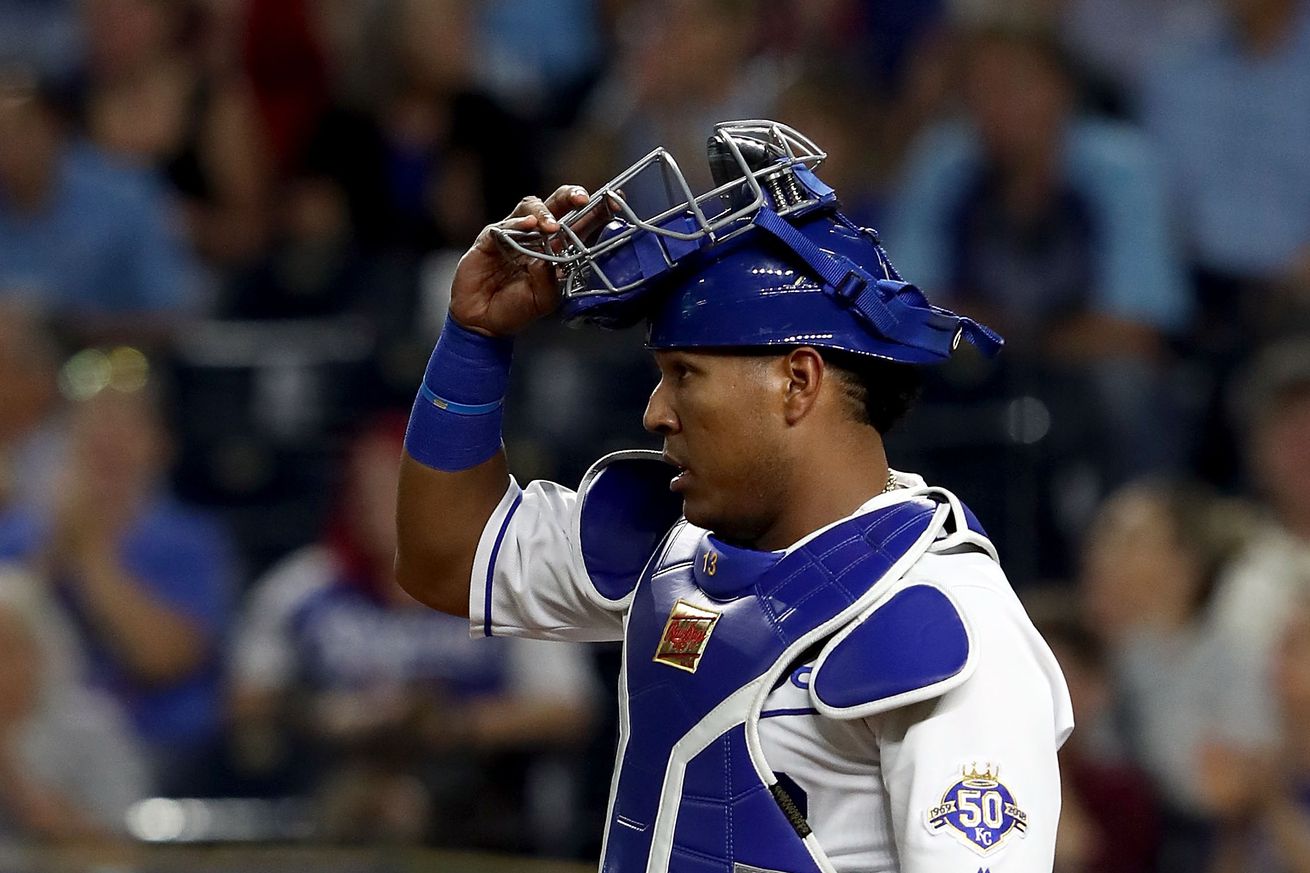 Salvy wants to catch ‘em all.

It is looking less likely the Royals will sign a starting pitcher, writes Jeffrey Flanagan.

And it’s sounding more and more like whoever wins that No. 5 spot will come from the present group in the clubhouse.

“I’m anticipating that,” Royals manager Mike Matheny said. “The [front office] is always doing what it can to help us get better. But I anticipate that starter coming from inside here. And the way the schedule breaks, we’re not going to need that guy until early April at the earliest.”

Lynn Worthy looks at stories to watch during spring training.

While new manager Mike Matheny has expressed the utmost confidence in left-handed slugger Ryan O’Hearn’s ability despite a largely dreadful 2019 season that included a demotion to Triple-A, O’Hearn will likely have to fend off Ryan McBroom at first base.

McBroom, who the Royals acquired via trade from the New York Yankees at the end of August, made his MLB debut and appeared in 23 games for the Royals in September. He posted a slash line of .293/.361/.360 in that stint. He’s shown significant power in the minors last season. He hit 26 home runs in 117 games for the Yankees’ Triple-A affiliate.

Lynn also writes about Greg Holland’s chances of making this team under Matheny.

“I’ve struggled the last couple years giving away too many free bases,” Holland said. “Opportunity is one thing, but for me I still have a lot of confidence that if I command the strike zone and I can keep my body healthy, I can still pitch at a really high level.”

A few Royals injury updates: OF Khalil Lee (broken hand) told me he’s healthy. So did LHP Richard Lovelady (right knee surgery). Salvy (Tommy John) said he feels great and is at 90% in terms of what he can do. Caught bullpens today.

In his Mellinger Minutes, Sam Mellinger isn’t expecting the Royals to contend.

The Royals’ greatest internal conflict the last few seasons has been an institutional acceptance that it is rebuilding along with an institutional reluctance to use that word because it wants to fight complacency.

It’s great that Alex Gordon and Whit Merrifield and everyone else are talking publicly about competing. But they’ve said that before each of the last two seasons, too.

I’m expecting the Royals to lose more than 90 games, and to be more interesting and worth your time than the last two seasons.

The Royals sign a number of players to contracts.

We have agreed to terms with 14 players on contracts for 2020. #Royals pic.twitter.com/RfgLJLSsZm

Tyler Dierking at Kings of Kauffman thinks Ryan O’Hearn may not be the best option at first base.

Baseball America has their organizational rankings out with the Royals ranked #19.

Josh Keiser has a new podcast, The Clearing Waivers podcast, where they discuss the proposed MLB playoff changes.

Ben Zobrist has no plans to play this year.

The Mariners sign pitcher Taijuan Walker to a one-year deal.

Shohei Ohtani won’t take to the mound until May.

Will the Padres regret not going all in?

Why the proposed playoff changes would disincentivize winning.

The worst complaints submitted to the FCC over the Super Bowl halftime show.

The 2021 NBA draft will be better than this year’s draft.

Was Jeanne Calment the oldest person who ever lived or was she a fraud?

Why C-Span’s quicky call-in show has endured for 40 years.

After retiring over 20 years ago, Rick Moranis is back!

Your song of the day is The Smiths with Panic.