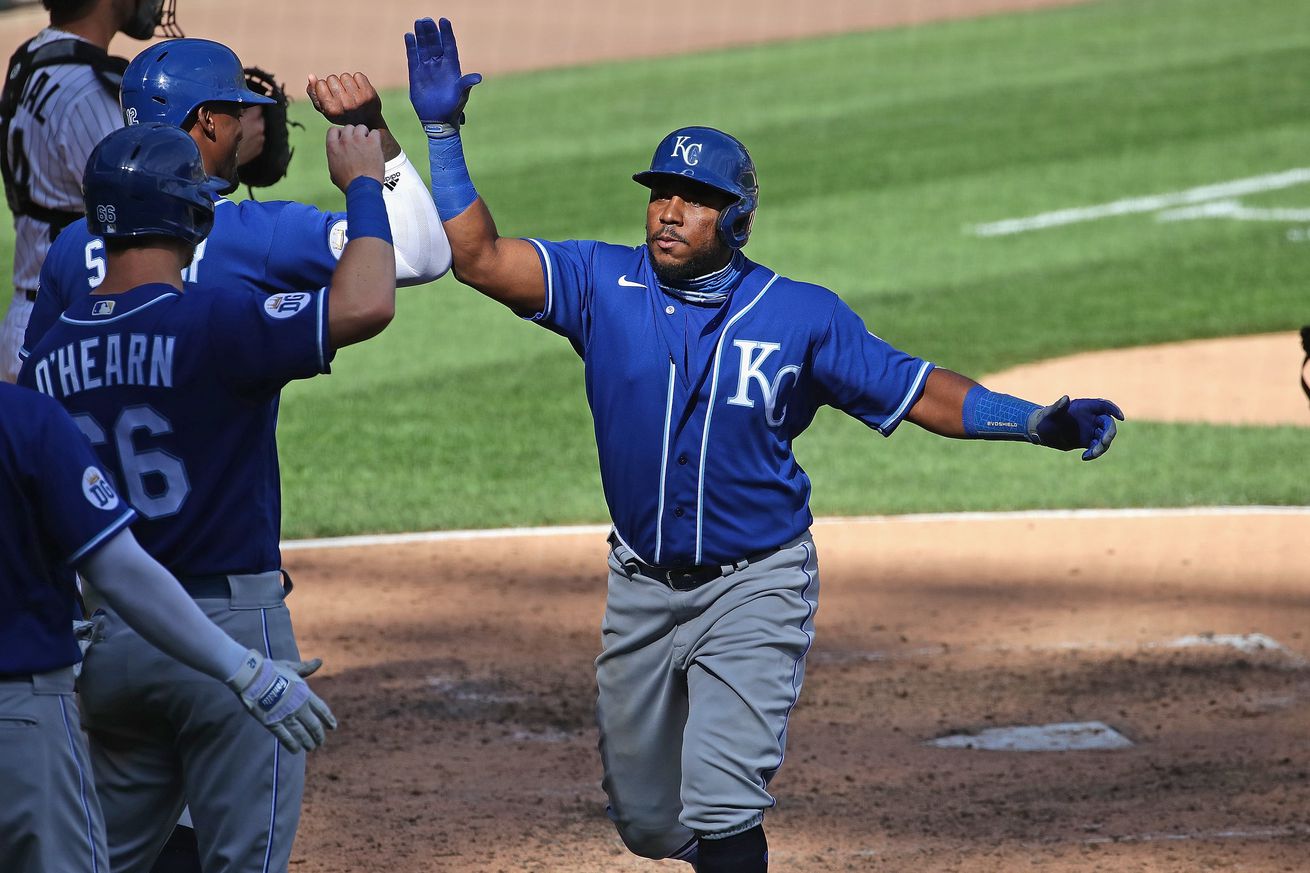 “We just haven’t won as many games as we would have liked,” Moore said of the Royals’ 13-20 record. “We only have a month left to the season, and the standings don’t lie. [They’re] a pretty good predictor of where we are right now. When you think about making up as many games as we need to make up, it is challenging. If we had two months to go, I’d feel a little bit better. [The trade] was an opportunity to make us better.

“By no means are we giving up hope. I think we have enough good arms in the bullpen to still make this interesting the last month.”

Matheny felt good about the odds that Adalberto Mondesi could steal third base in the 10th, as opposed to having Lopez bunt, giving up an out for the lefty matchup on Viloria: “You surrender an out there and then you put all your eggs in one basket with a lefty against Viloria.”

Whit Merrifield after the #Royals‘ walk-off loss to the White Sox: “We’ve got to do a better job finding ways to win. That’s what we’ve got to do to take that next step forward — figure out how to win games like this. Hopefully this will be a learning experience.” pic.twitter.com/2r6xxFR86D

“We try to insulate him from a lot of the results-oriented thought processes,” Matheny said. “I think a lot of it is creating a great atmosphere. Looking at the positive things he’s doing. He just needs some things to gain some traction to get things started.”

New Royals third baseman Franco lines up next to Mondesi on the left side of the infield. Several of the Latin American players on the team praise Franco for his ability to keep them all loose. Franco is working hard to keep Mondesi upbeat.

“I just talk to him about just how to be more positive, be more consistent,” Franco said. “Once you got that, you’re going to be a bright star. There’s no doubt about it. You have to be strong and go out there and work and try to get better every day.”

Jeffrey Flanagan talks to Ryan McBroom about his pinch-hitting prowess.

“I don’t know if there is a secret. I haven’t done much of it in my life. It’s almost like you have to be carefree. The situations are different each time. It’s not supposed to be easy. I’m kind of speechless.”

Eric Longenhagen at Fangraphs chimes in on the Lucius Fox trade.

Second, I’d add that I’m not sure Fox’s eye for the zone will matter as much against big league pitching because he lacks power. And finally I’ll reiterate that there are very disparate opinions regarding Fox’s defense. I’ve seen him do some spectacular things at shortstop and also seen him boot easy plays. I tend to think he ends up playing the middle infield occasionally, but players this fast (Fox is at least a plus runner) often end up in center field. I like him as a switch-hitting up-the-middle bench player whose wheels will occasionally come in handy.

Kevin O’Brien at Royals Reporter looks at what the Rosenthal trade means for the rest of the season.

Mike Gillespite at Kings of Kauffman wants to see Adalberto Mondesi get a break.

The Padres acquire first baseman Mitch Moreland from Boston and catcher Jason Castro from the Angels.

Some teams opted out of data-sharing at their alternate sites, what does that mean for the trade market?

The Giants seem more likely to buy than to sell at the deadline.

Being trading during a pandemic is a bit more of a headache than usual.

A look at Yu Darvish’s resurgence.

How Nancy Faust and her organ set the tone for baseball.

Was Dave Winfield really traded for a dinner tab in 1994?

Why Doris Kearns Goodwin says baseball made her a better historian.

LSU star receiver Ja’Marr Chase will opt out of this season and enter the NFL draft.

Are transportation planning models built on a faulty algorithm?

A look back at adult actors who have played teenagers in movies.

Your song of the day is Gloria Gaynor with Let’s Make a Deal.