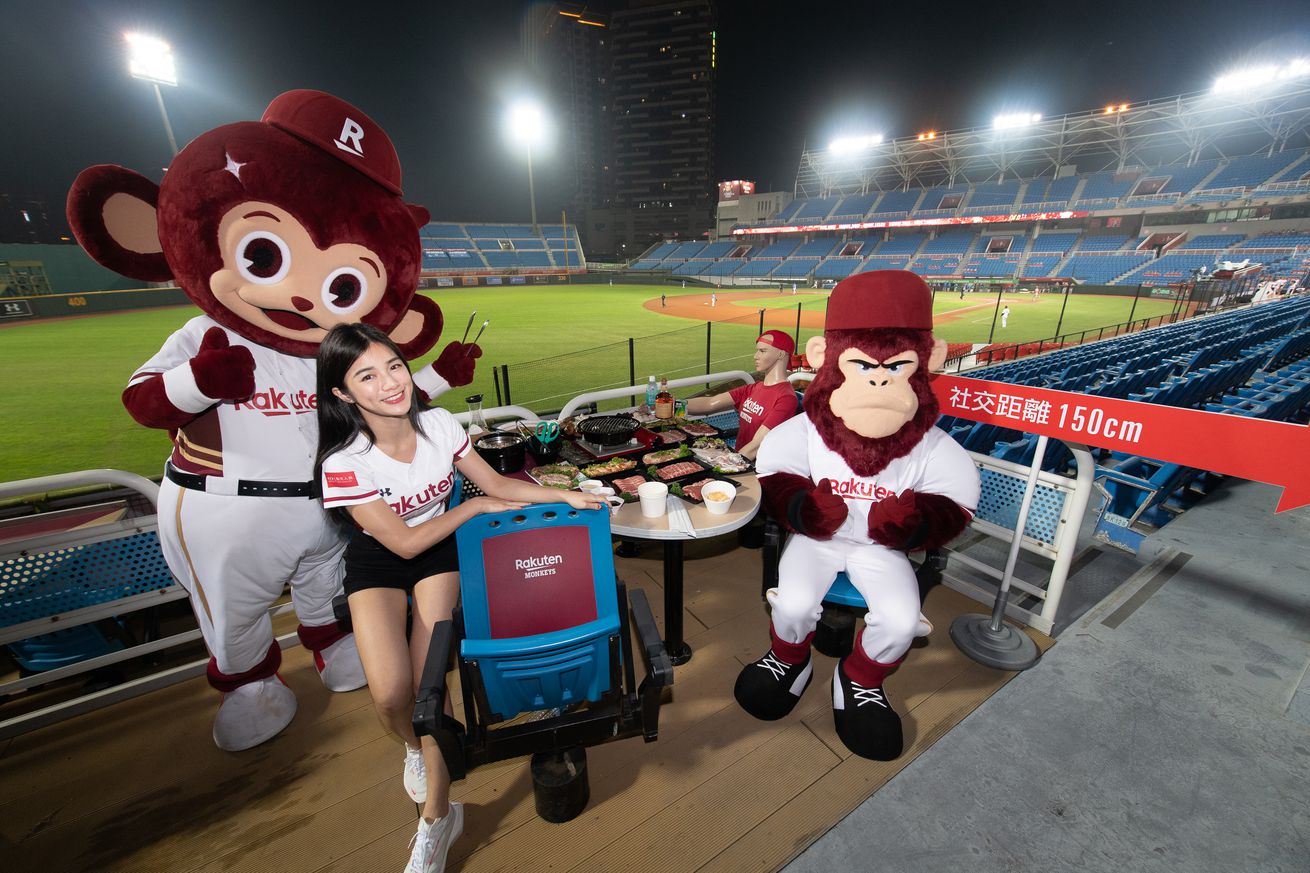 When this is all over, this has become a bucket list thing for me | Photo by Gene Wang/Getty Images

I hope you like Taiwanese baseball, because you’re getting more news

Boy, there’s not much out there on the Royals or baseball front. The NFL Draft is sucking up all the sports oxygen in the room and probably did huge numbers last night. You know MLB figured that out as they decided to drop news about Boston’s non-punishment and go for the kill on a bunch of minor league teams.

At The Star, Lynn Worthy caught up with J.J. Picollo about plans for prospects this season:

“From a game/competition standpoint, there’s really nothing we can do, as much as I hate to say that,” Picollo said. “We’ve had some players asking, ‘If I could, should I face hitters?’ At this point, we’ve told them just hold off on that. ‘We’ll have time to get you guys ramped up, get your pitch counts up to a respectable number, so we’d rather you not face hitters right now.’

“But if it got to the point where we’re in the unfortunate situation where the season is canceled, yeah, then you’ve got to consider things like that. Regardless of what that might look like from one individual to the next, not playing competitive games at the appropriate level for each player, that hurts.”

Alec Lewis has a Dayton Moore story on The Athletic (sub required):

NEW — Almost 30 years ago, a group of Royals inspired the man who would become the Kansas City Royals’ GM.

According to Yahoo, and we’re going with it, the Royals are still in 1st! Woohoo!

And… that’s it. Onto the blogs.

You want Royals prospect news? You can’t do much better:

If you want to read 30,000 words on 50 of the Royals best prospects while checking out video of them as well then subscribe today to https://t.co/T1bLG4vPse

Three stories from each of the next two outlets.

Also with 3 stories, Kings of Kauffman.

Finally, we will end our trio of trio bullet points with three other blog stories:

Conner Miller with Royals Blue asks “When Will We See Brady Singer at the K?”

And Darin Watson continues his walk through 1980.

During the quarantine, some people watched Tiger King (not interested). Some people are taking up new hobbies to better themselves (hah! I have a 4 year old).

No, no, my current obsession is baseball, specifically the CPBL. In case you didn’t see the article earlier this week: Want live baseball? Give the (Taiwan) Chinese Professional Baseball League a try!

When Rumblings is posted in the morning, we should be smack dab in the middle of this game as it starts at 5:30am Royals time:

The Monkeys are undefeated on the young season at 6-0. Yesterday’s game with the Chinatrust Brothers was rained out. This will be a repeat of the Monkeys’ first series, only they will be on the road.

However, it remains to be seen who is announcing the Monkeys-UniLions game in English for Eleven Sports Taiwan.

Yesterday, it was announced that the newly beloved announcers who did the previous five games, Richard Wang and Wayne Scott McNeill, will be working the broadcast between the Fubon Guardians and the Brothers on their Twitter feed.

News already broke, so we’ll make it official! @RWang_WBSC and @WayneSMcNeil will be at the helm for our English broadcast starting tomorrow!@MarcCarig of @TheAthletic wrote about this dynamic duo last weekend, check it out to learn more about them!https://t.co/bXxe57vb9v

So that means there will be two games with English broadcasts to watch this morning.

Remember how ESPN was putting their money on the KBO instead of the CPBL when they probably could have picked up the CPBL on the cheap? Maybe that wouldn’t have been enough.

My colleague at Yonhap News, reporting in Korean, said ESPN has asked KBO’s international rights holder, Eclat, for free feed of KBO games. That’s a no go from Eclat’s standpoint, and talks on broadcasting KBO games in the U.S. haven’t gone anywhere.

If Eclat had decided to give away the KBO rights for free, they’d actually end up losing money from production costs. https://t.co/4865Sg1tCk pic.twitter.com/rf8Zfsb4d8

So I picture the conversation went something like this

Eclat: “We’re big fans of your work and excited about this partnership. I hear you’re looking for sports to run during the pandemic and we politely won’t point out that it’s because your country is doing a worse job than ours at dealing with it.”

Eclat: “We’ve seen the goodwill generated by the CPBL and we’d like to get in on some of that. However, the KBO has more logistical challenges with more than double the teams. ”

Eclat: “It costs us $X per game to produce it right now and costs are up due to some of our COVID-related measures. Of course, you’ll also need a translator and/or English speaking announcers. We’re looking to offset some of our production costs with carrier fees. Do you want to do a monthly deal or do it on a per game basis? Of course, you’ll get a better per game price for a monthly or even season-long deal.”

Eclat: “Hmm… I think our phone cut out for a second. It sounded like you said $0”

Eclat: (background noises) “The President of our corporation just said to, and I hope I got this idiom right, ‘get bent’”. {click}

Speaking of ESPN, David Schoenfield writes about how the four man outfield might be the next major baseball change:

“Usually we only do it with no one on base,” Kiermaier said, “but in spring training, I guess you can sit here and do different things, so that might be the first time that we’ve done it with a runner on base. We are not afraid to be unorthodox.”

Indeed, from the same innovative organization that gave us the shift and the opener, the four-man outfield might be the next defensive revolution in baseball. According to Sports Info Solutions, in 2018, there were 37 four-outfielder alignments on balls in play across the majors. In 2019, there were 101, with the Rays’ 48 accounting for nearly half of those. (The Reds had 35, so two teams accounted for 82% of the four-outfielder setups.)

In case you missed the end of Joe Posnanski’s The Baseball 100, here it is:

SAY HEY: Gotta “tip my cap” to my brother, @jposnaski, for his incredible work writing the BASEBALL 100 for ⁦@TheAthletic⁩! Like a great meal, you hate to see it end but we savored every word! Bravo! ⁦@MLB⁩ ⁦@Royals⁩ ⁦@SFGiants⁩ RT https://t.co/3SIB1dJE4a

Finally, we wish a legend a speedy recovery.

Vin Scully took a fall in his home on Tuesday afternoon. He is hospitalized and is resting comfortably.

Vin says, “I won’t be doing anymore headfirst sliding, I never liked it.”

We’ll revisit one of my favorite games of all time, the SNES classic Chrono Trigger: