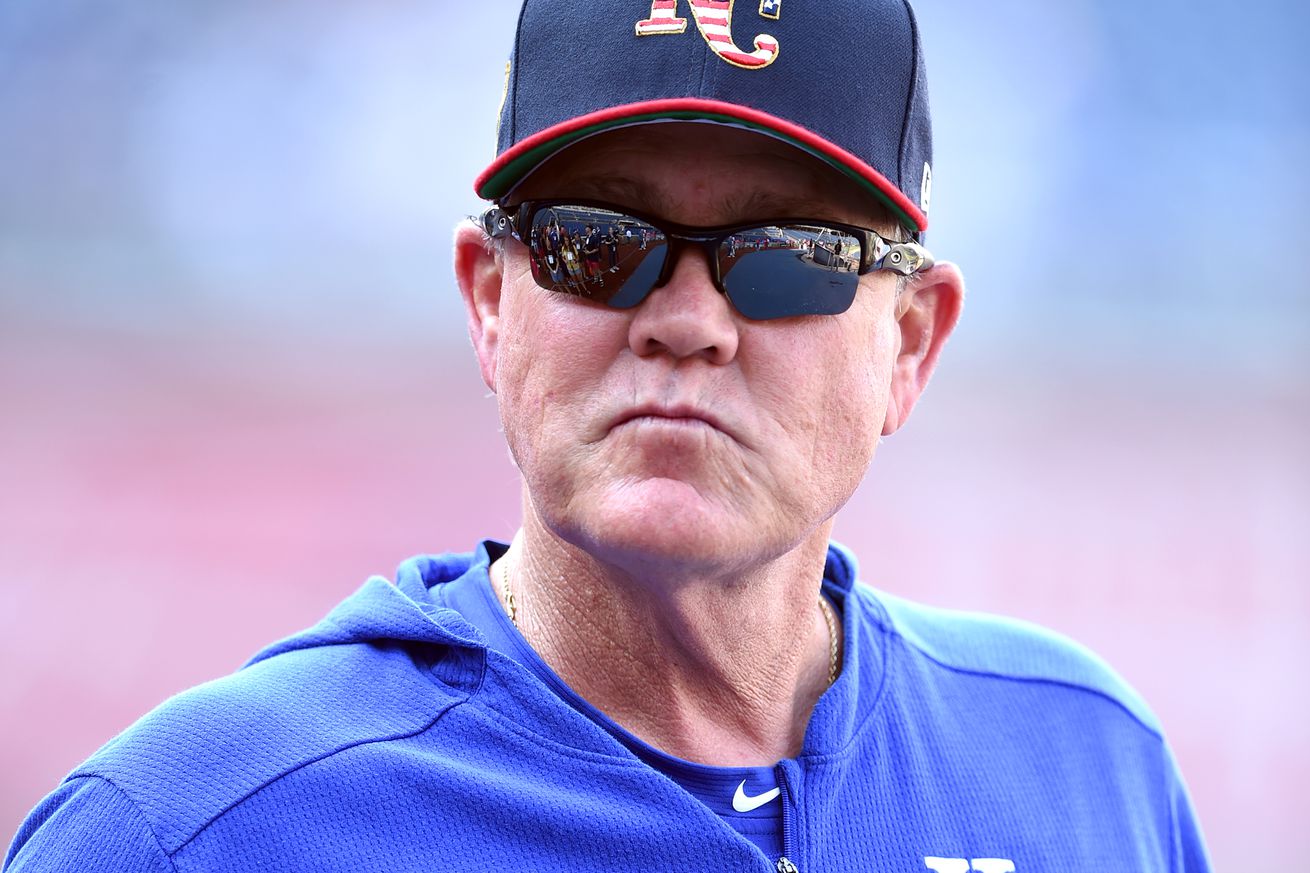 Lynn Worthy asks Dayton Moore if expanded rosters means the Royals could carry some of their pitching prospects to get them some action.

“That’s a good question,” Moore said. “Do we decide to just push some guys in preparation for ‘21 and ‘22? But look, our focus was and remains that we’re going to do the best we can to win as many games as we can in 2020. I don’t want to lose that focus. I don’t want to alter that mindset one bit.

“But it’s an interesting question and it’s something that we’ll have to look at. I just don’t know what the operating structure is going to look like throughout baseball. Until we know, it’s very difficult to put all the pieces together.”

Andy McCullough has some great stuff about the James Shields trade in 2012.

“I need you to come out and dance with me,” Shields told Yost.

Yost was perplexed. He was about to begin his third full season managing the team. He was known as something of a martinet. He had only recently permitted players to play music in the clubhouse at all; he considered the speaker system a source of possible tension between players with clashing tastes. But Shields thought the soundtrack could act as glue.

Shields went to the stereo inside the spring training complex in Surprise, Ariz. He queued up “Three Little Birds.” The drums trilled, and Yost strutted into the room. He sang along with Shields and Bob Marley: “Don’t worry about a thing — ’cause every little thing gonna be alright.”

Jeffrey Flanagan talks to Denny Matthews and Ryan Lefebvre about their favorite calls.

But after the Royals scored five in the top of the inning, Lefebvre wondered if Matthews would want to call the final three outs — a nice, sentimental bookend to the 1985 call. Lefebvre looked over toward Matthews for any kind of a sign.

“Denny was just scribbling notes on his scorecard,” Lefebvre recalled.

Lefebvre leaned over and whispered, “Denny, are you OK if I call the final three outs?”

Matthews, somewhat puzzled by the query, replied, “Of course. It’s your inning. That’s the way we’ve always done it.”

Jordan Foote at Kings of Kauffman writes that a shortened draft would put pressure on Dayton Moore.

MLB concludes their report on the Red Sox sign-stealing and issues some punishment.

Owners and players can’t agree on whether pay should be reduced if there are no fans.

How the pandemic is impacting Oakland’s push for a new ballpark.

Strat-o-Matic provides an old school way to get your baseball fix.

A father and son renew their love of a game of catch.

How the NFL draft turned into the quarantine Super Bowl.

The NHL is not considering a plan to play games at neutral sites.

Why are big chains getting federal money meant for small businesses?

Why using Zoom for group hangouts can fatigue us.

Your song of the day is Bob Marley with Three Little Birds.