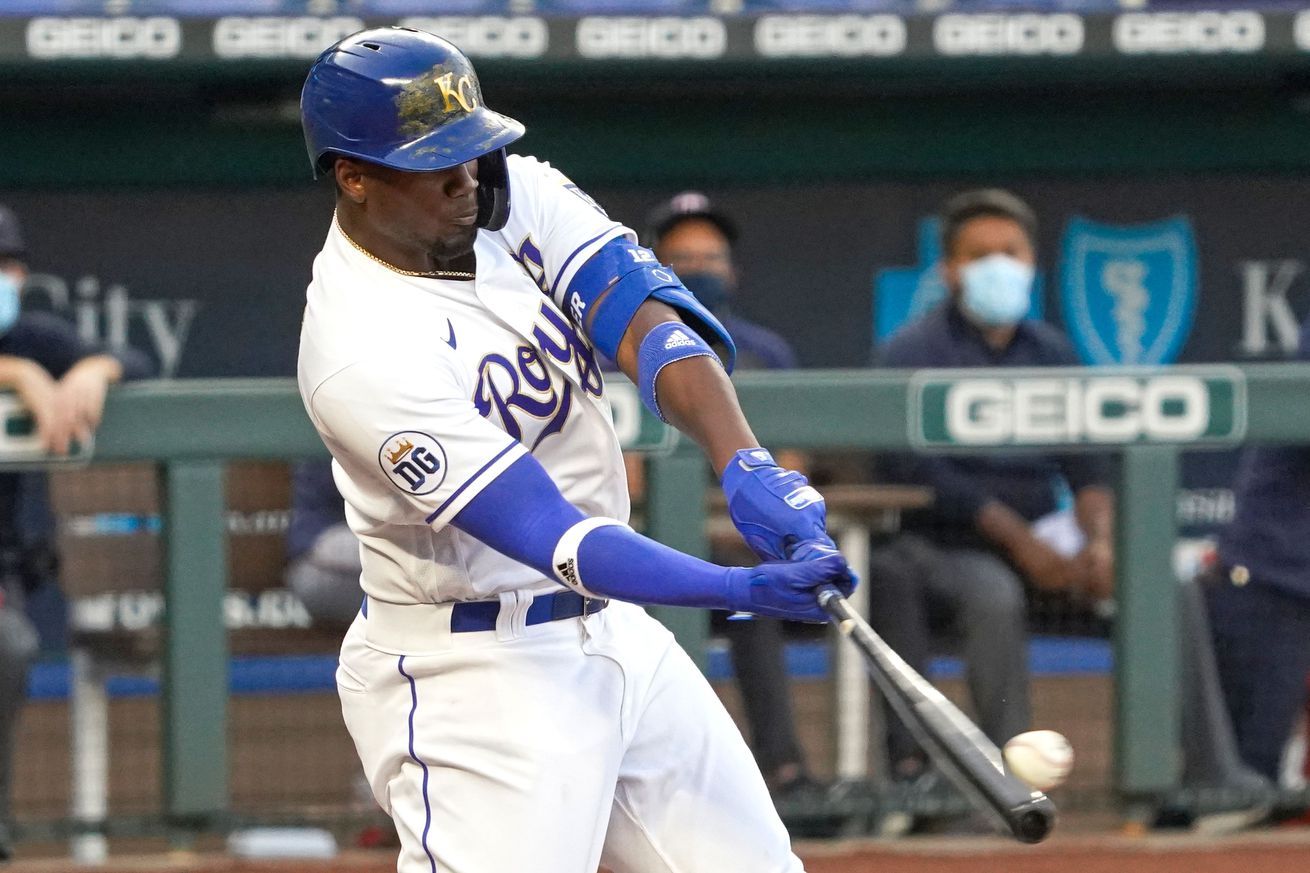 The three-game series got off to a good start.

In a complete performance, the Royals took care of the Minnesota Twins, 7-2, to take the series opener on Friday night.

Danny Duffy pitched well, the offense socked two home runs, and the defense made a couple of excellent plays that came together for a comfortable win. The Royals are now 4-0 against the Twins at Kauffman Stadium this year.

Four batters into the game, the Royals led 4-0. Whit Merrifield led off with a double, Nicky Lopez singled, and Hunter Dozier doinked a bloop single into right field to score Merrifield. Up 1-0, Jorge Soler absolutely destroyed a baseball by hitting it into the right-field bullpen, good for a three-run home run that made it 4-0. That is six homers now for last season’s AL home run leader.

That was more than enough for Danny Duffy, who worked through five quality innings and allowed just one run. There were a couple of moments when Minnesota had two on with two out, but Duffy got all of the outs he needed to get.

In all, Duffy threw 81 pitches to get his 15 outs. Six Twins reached – four hits, two walks – and Duffy struck out six. He earned the win, upping his record to 2-2. Mike Matheny, who has done plenty of good things this year to make a lot of his doubters eat their words thus far, continued his excellent trend of pulling a starting pitcher at the right time. Whereas Ned Yost’s biggest wart was constantly being one batter too late, Matheny continues to pull his starter before they give up the big hit. With a bullpen as good as the one Matheny has at his disposal, it’s the right strategy.

The Royals’ bullpen did their job. Tyler Zuber handled the sixth. Josh Staumont worked around one of the worst missed third strike calls in baseball history to overwhelm Minnesota in the seventh. By getting 66% of his outs via strikeout, Staumont actually saw his K/9 drop to 18.64. He is a robot.

The rest of the night for the Kansas City offense: a fifth run on a bases-loaded walk by Whit Merrifield, and a two-run homer by Hunter Dozier in the seventh. It was Dozier’s third of the year.

Kyle Zimmer had runners on second and third with nobody out in the eighth, and only one scored on a wild pitch. It was a good outing for him, as he got a couple of strikeouts to help him escape the jam. In the ninth, Scott Barlow got the final three outs. Remember when we were all freaking out about him that first weekend of the year? His ERA dipped below 1.80 and his K/BB is now 19/5. He’s been excellent.

Now 5-3 on the year against the Twins, the Royals have guaranteed themselves at worst a split in the season series. It’s the sixth time in the last eight years, dating back to 2013, that they haven’t lost the season series against Minnesota. Considering how the Twins used to dominate the Royals for the entirety of the 2000s, it’s a nice change of pace.

Tomorrow, the Royals go for both the series and the season series with a 6:05 pm first pitch. Brady Singer and Randy Dobnak will do battle on FS1.