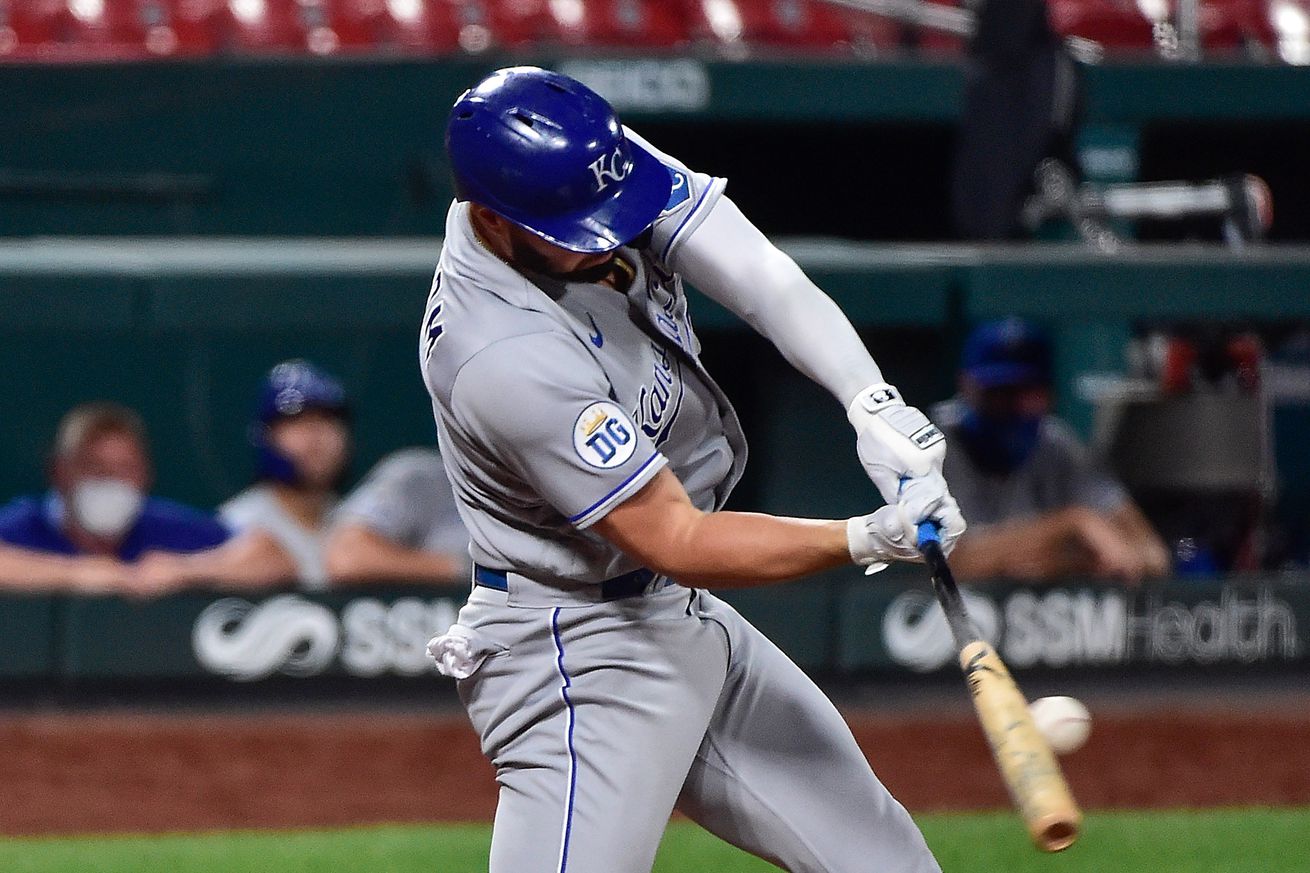 The Royals beat the Cardinals, 5-4. It took a valiant comeback to get it done, but they did it. Here’s how we got there:

The Royals took an early 2-0 lead when Ryan McBroom hit an RBI groundout in the second inning, and Ryan O’Hearn followed it up with an RBI hit the next frame. But just like last week, Matt Harvey unraveled in the third inning, as he surrendered four runs and was yanked before he could complete the inning.

Trailing 4-2, the Royals climbed back in the fifth when Cam Gallagher hit a double and Whit Merrifield hit an infield dribbler that was thrown away by the third baseman. Gallagher scored to make it 4-3, and in the Sonic Slam sixth inning, O’Hearn socked a 409-foot bomb to tie the game 4-4. Somehow, this was the first homer of the year for O’Hearn.

The game-deciding run came in the top of the eighth inning with two outs, as Ryan McBroom doinked a single into left field to score Hunter Dozier. The 5-4 advantage held up until the end of the night.

Kansas City’s bullpen has been tremendous this season, and it carried the team to a victory on Wednesday night. Jake Newberry was thrown into the fire when Harvey fell apart in the third; he limited the damage and got through the fourth. Jesse Hahn, Ian Kennedy, and Josh Staumont worked the next three innings; none of them surrendered a hit. Staumont continued his ridiculous season with two more strikeouts.

Scott Barlow got some major help from his defense to escape the eighth inning, as with Peter DeJong trying to score from first on a Yadier Molina double, Whit Merrifield and Adalberto Mondesi combined for a perfect relay and threw him out at the plate. For all the struggles Mondesi has had this year, and for all the rightful criticism he’s taken, he has put together an absolutely tremendous defensive series this week. Trevor Rosenthal, in his return to his old stomping grounds of St. Louis, finished the Cardinals off – just barely. He put runners on the corners with one out but barely got out of it. He now has seven saves.