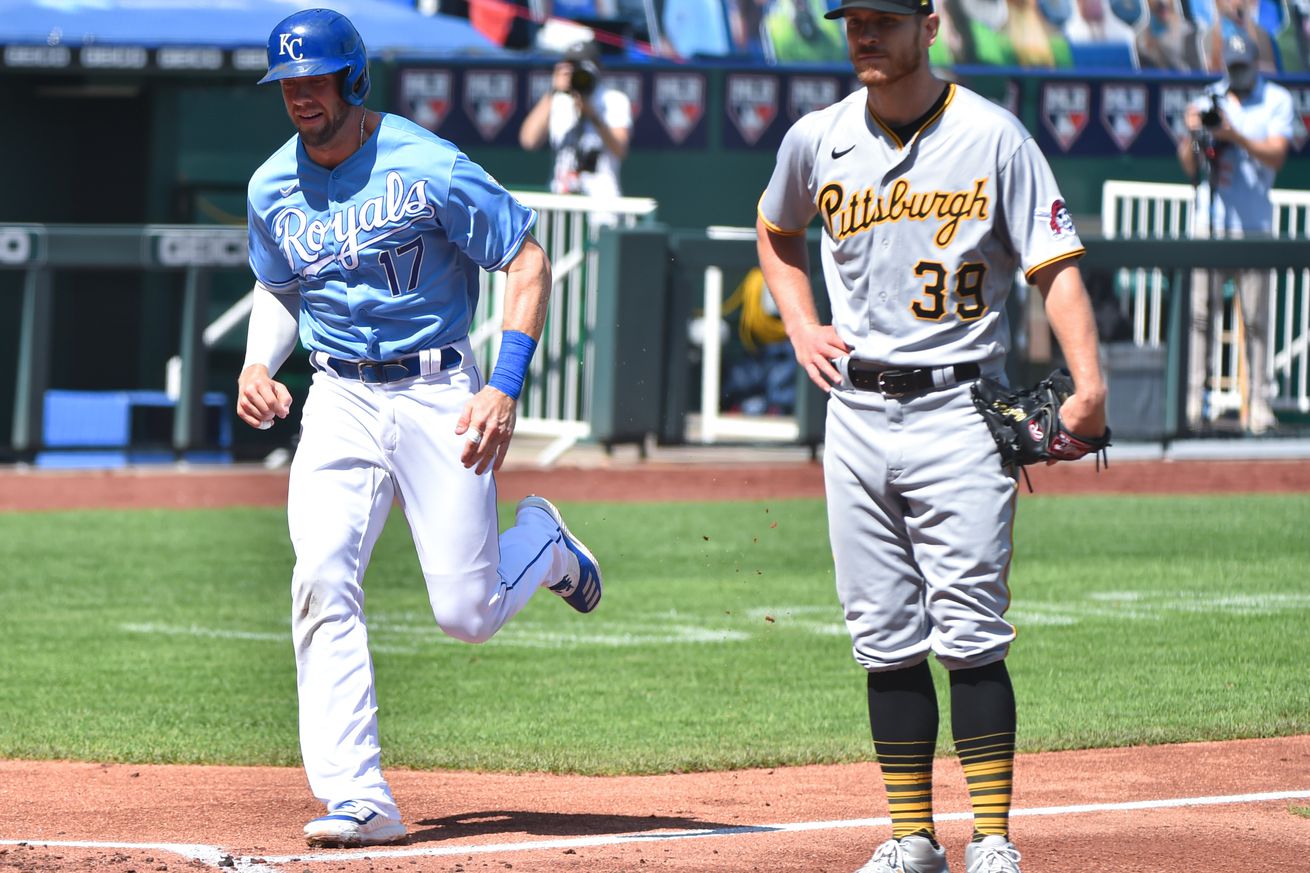 The Royals extended their winning streak to six games on Sunday after pummeling the Pirates 11-0. It marked the 20th victory on the season for Kansas City.

Brad Keller toed the slab for the seventh time this year and the second time this week. He worked a clean top of the first and handed it off to his offense to tack on some runs in the home half. And that they did.

With the help of poor pitching and defense from the Pirates, the Royals plated four runs on two hits. Maikel Franco drove in the first run on a ground ball that glanced off the glove of JT Riddle at third base. The second run came on a fielder’s choice, though it very well could’ve been an inning-ending double play. The final two runs came on a cross-up between Chad Kuhl and John Ryan Murphy. The ball ricocheted off the mask of home plate umpire Jeremie Rehak and Murphy couldn’t find the ball.

The game spiraled out of control in the bottom of the third. Salvador Perez started the inning with a 442 foot home run to left-center field to extend the lead to 5-0. Then Kuhl lost all feeling of the strike zone. Following the home run, he allowed a single, hit a batter and walked back-to-back hitters. Nick Tropeano relieved Kuhl in the inning after he allowed six runs and six walks in less than three frames. However, the Royals picked up where they left off against Tropeano. They added four more runs on singles from Whit Merrifield and Perez.

Keller took his 10-0 lead and continued to shove. The right-hander worked through the first six innings on less than 75 pitches and allowed just three hits. He received another run off the bat of Hunter Dozier in the sixth. Dozier belted his sixth home run of the year to make it 11-0 Royals.

After throwing 96 pitches and recording one strikeout, Brad Keller was sent out to finish the game in the ninth. He maneuvered around a pair of base runners and notched the first Major League shutout of his career.

Now THAT is how you seal the shutout! #AlwaysRoyal pic.twitter.com/OK69xZL25F

The Royals, now 20-28, will rest on their off-day tomorrow before heading to Detroit for a two-game series. Danny Duffy will get the ball on Tuesday against Matthew Boyd and Brady Singer will take on Tarik Skubal Wednesday. First pitch on Tuesday is slated for 6:10 p.m. CT on FSKC.