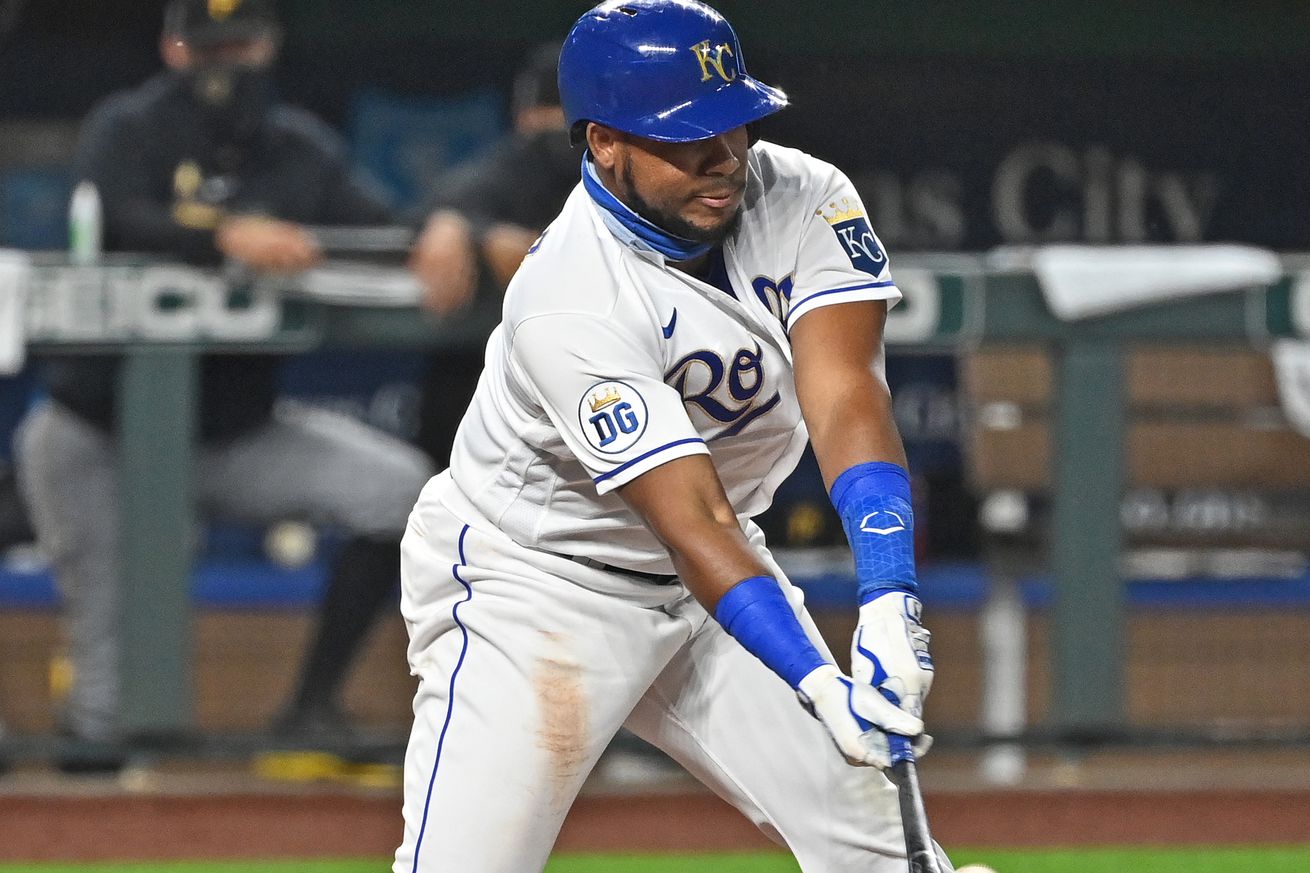 Adalberto Mondesi is heating up!

The 2020 Royals season was always going to be filled with losses. This year was going to be measured off of progression, and there have been a few things to be encouraged about. The bullpen is young and fantastic. The rotation is filled with young arms that are slowly but surely getting more confident starting games at the MLB level. And the lineup is… well, they’re coming along.

But the absolute worst part of the Royals’ 2020 season was Adalberto Mondesi, who was the worst position player in baseball from Opening Day through last week. Now, suddenly, he’s become one of the best.

Mondesi hit a home run, stole two bases, and drew TWO walks, leading the Royals to a 4-3 win over the Pittsburgh Pirates on Friday night. Suddenly, the Royals have won four in a row, which feels like 10 in a row in a normal season. I don’t even care that the Pirates are bad, it was fun.

For the second straight night, a rookie Royals starter put together an excellent performance. Kris Bubic, one night after Brady Singer flirted with a no-no in cleveland, fired five innings of one-run ball against the Pirates. He scattered six hits and struck out six, throwing 92 pitches to win his first game at the MLB level.

As for the offense, they did enough despite leaving a lot of runners on base throughout the night. Mondesi hit a first-inning homer to make it 1-0. Maikel Franco singled in a second run in the third, and Salvador Perez scored on a wild pitch in the same frame. Then, in the seventh, Franco came through with another RBI single to score Mondesi, making the score 4-1. Franco, now with 30 RBI, leads the team in that category.

He’s starting to really get his swagger back. If he can carry this into 2021, the Royals may finally have the shortstop they thought they’d have all along.

As for the bullpen, Scott Barlow gave up a two-run bomb in the eighth to bring Pittsburgh within a run at 4-3, but he re-grouped to fan the next two hitters and get out without further damage. Greg Holland, looking every bit like he did in 2014, blew through the Pirates for his fourth save. He looks like he could go a full season as someone’s closer right now.

The Royals are 18-28. They have two more against the dreadful Pirates, so the opportunity is there to continue the win streak tomorrow night. Carlos Hernandez will make his first career start, and he will oppose Trevor Williams, who has an ERA of near 6.00.