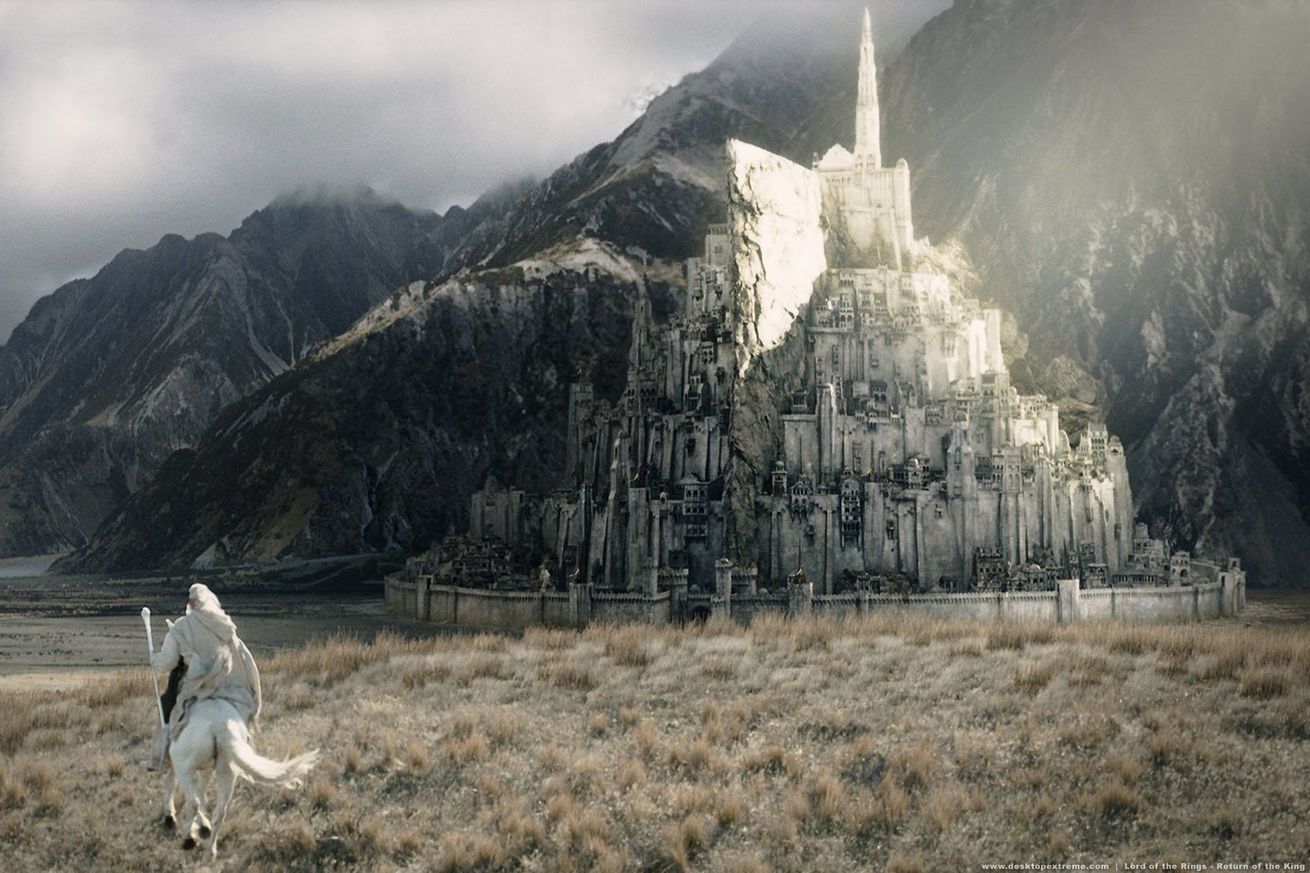 Over the past two weeks, my wife and I watched The Lord of the Rings again. The films are true epics, especially in the special edition form which is really the only way to go. With basically six feature length films—corresponding to the six books that make up Tolkien’s original story—there are moments for every kind of viewer: battles, romance, drama, comedy, suspense.

I first watched The Fellowship of the Ring and The Two Towers when I was 11 on VHS. At times, they were scary for me, but I loved them nonetheless. One of my fondest film memories is going at age 12 with my dad to watch The Return of the King at AMC Barrywoods 24.

Over the years, I got the DVDs. Then I got the special edition DVDs. Now I have the special edition blu-ray package. I watched nearly all the impeccably-produced special features. I wrote about the score for my dissertation in my year at the University of Cambridge. And, of course, I’ve seen the movies…many times. More than any other movie that isn’t The Empire Strikes Back or Return of the Jedi (my copy of the A New Hope VHS somehow ruined itself and became unraveled after rewinding once; kids, don’t forget where we came from).

We all have those kinds of films. The ones that we can keep coming back to time and time again, for whatever reason. They’re not always a series, they’re not always grand action epics; heck, sometimes they aren’t always good—but we love them.

Sometimes I worry that “the movie we will always watch when it’s on” is going away. The best films rotate in and out of services like Netflix, and most of us don’t buy blu-rays very often. It used to be that we’d find a movie we’d seen a hundred times on TV flipping through the channels and just…stay there. You know that movie. It was different for all of us. For my dad, it was the Bourne Identity. We’d both seen it multiple times. Just couldn’t stop watching it when it was on TV. But in an era of cable cutting and streaming, and in an era where there is a ridiculous amount of new content left and right, the practice of passively watching something is gone.

But I suppose that the art of watching the movie you love over and over again over the years isn’t gone. After all, I didn’t just stumble on The Lord of the Rings on TV. We watched it, specifically, because we wanted too, even though we do it every few years. And in times like these, our comfort foods are even more important. If we don’t try new things, we won’t find our next movie or piece of art that we love. But revisiting things we do love is important, too.