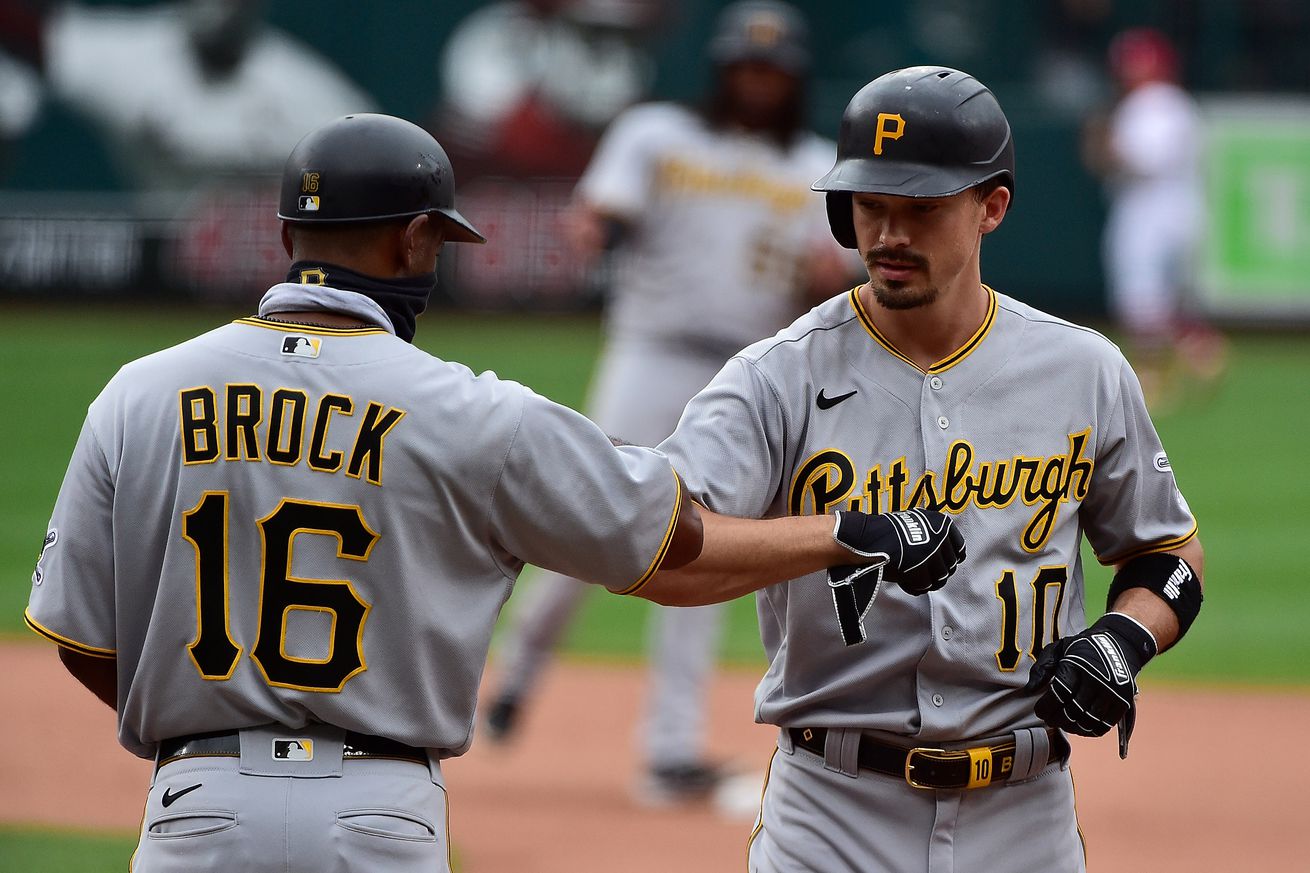 This series could go a long way in determining which team Kumar Rocker pitches for soon, so I guess you could say it’s pretty important.

The Royals started their season with just eight out of their first 45 games against teams not currently in a playoff spot. And four of them were against the Cincinnati Reds, a team many thought was the best in the NL Central and came before they really fell out of the division race. Now they start their final stretch where 12 of the final 15 are against teams not currently in playoff position and that begins with a three-game set against the Pittsburgh Pirates. The two teams are fairly similar. They have some good offensive players, but a bad offense. Their bullpen hasn’t been as good as what the Royals have thrown out this year, but they have a few guys who can get some key outs. The Pirates have brought up Ke’Bryan Hayes to get his first taste of the big leagues and he’s been quite good, but they’ve gotten some severe underperforming from Josh Bell, Bryan Reynolds and Gregory Polanco that has led their offense to be a pretty big mess.

The series starts with a performance by a singer on the mound. Steven Brault has some serious pipes, which might actually be the most interesting part of a September Royals/Pirates series. He’s not likely to give a lot of innings. He threw a season-high 96 pitches in his last start and still couldn’t finish the fifth inning. Where he’s very good is he just gave up his first home run of the year in that last start. Where he’s not so good is that he’s walked 14 in 22.2 innings. He has limited hard contact well this season, which means he might be due for a nice start (he has had a couple of them since moving back to the rotation a few weeks ago). He’s a fastball, slider and changeup guy and mixes in a sinker to right-handed bats, and every pitch has honestly been effective with walks really hurting him quite a bit. The Pirates tend to get him out pretty quickly, but if the Royals do face him a second time, that’s where they can expect to do some damage as he’s allowed 12 hits in 28 at bats that second time through.

Kris Bubic went seven innings for the first time in his big league career in his last start and while he allowed five runs, just two were earned and he walked just one batter. Here’s what I loved about it, though. He faced the White Sox, a team that absolutely thrashes lefties, in two straight starts and looked really good in both of them. In the two starts, he struck out 12 in 12.1 innings with just three walks. He’s now thrown exactly 106 pitches in back to back starts and he had 29 swings and misses in those last two starts. After struggling in his second go-round against the Twins, Bubic showed very real progress in those last two starts and should have everyone excited about his future.

After posting a 3.11 ERA in 31 starts in 2018, the Pirates thought they really had something in Trevor Williams. He’s posted a 5.47 ERA in 186 innings since then with 208 hits and 37 home runs among them. It’s just not working for him, but he’ll continue to get starts as the Pirates try to get him back to that 2018 form. Williams is a big righty who looks the part, but hitters only whiff on 18.8 percent of their fastball swings and have a .494 SLG on at bats that end on it. His slider is the pitch that gets him his most whiffs, but it’s also the pitch that’s been hit the hardest when hitters make contact with a .393 average and .679 SLG allowed. And neither of these issues are one-year things, so it seems like this is sort of who he is. Here’s the really crazy stat: Right-handed bats have hit .317/.389/.730 against him. The Royals need to make sure to stack with righties for sure. He’s also allowed 22 runs in 23.1 innings on the road. Everything here points to a chance for the Royals to break out, so don’t be surprised if they get shut down over seven innings.

The Royals will give the ball to Carlos Hernandez for his first big league start as they’ve decided to fully end the Matt Harvey Starter Experiment. Hernandez has looked good in his first two big league outings, both long relief appearances. While he hasn’t gotten the strikeouts, he has averaged 95+ between his sinker and his four-seam fastball, both of which have been quite good. He hasn’t been in much trouble in his two outings, but it’s probably worth mentioning that on at bats ending on his curve, opponents are 4 for 7. On everything else, they’re 1 for 16. The former is much better than the latter. I’m looking forward to some additional right-on-right changeup crime in this game.

Chad Kuhl has been good and also not that good this season. His ERA is solid at 3.38 and he really has limited hits quite well with just 24 allowed in 32 innings. Seven of them are home runs. He’s also walked 17 batters. His September has been rough too with two short starts and he was pulled after just 64 pitches in his last one where he gave up two runs on two hits but walked four batters. To give a little insight into him, he throws a sinker at 94 and throws it a lot. It’s like a lot of sinkers and doesn’t get many swings and misses, but he’s also allowed five of his seven home runs on it, so if the Royals look for that one up, they might have some liftoff. His slider and curve both do get quite a few whiffs with rates above 40 percent for each. If I was running the Pirates pitching staff, I’d have him throw his slider like 10 percent more because it’s that good of a pitch. One of his biggest issues has been falling behind, and when he does, opponents have a .575 SLG compared to below .350 when ahead or even. Like Brault, when a lineup turns over, he runs himself into some trouble with an OPS allowed the second time through of .838. He’s a guy the Royals can hit, but also someone who feels like the type to go six shutout against them.

Brad Keller gets the ball after sort of a weird start in Cleveland where he gave up five runs on eight hits in 6.2 innings. He’s still allowed just one extra base hit all season, but he’s now struggled in two of his last three starts, so maybe that’s something to keep an eye on? Still, it was his second straight start with just one walk, but he also had just one strikeout with his strikeout numbers dropping to the levels that had people concerned that he wasn’t more than a back of the rotation arm. The Pirates aren’t especially patient and do have some bats that struggle to make contact, so if he can rock that slider, he should have a better start.

The Royals look a bit better. It’s amazing what a win or three can do. And they’re finally facing a team on their level or maybe even a touch below it. Because of that and because I really like what we’ve seen from Bubic lately, I’ll say they win two of three and distance themselves a bit more from baseball’s worst record.