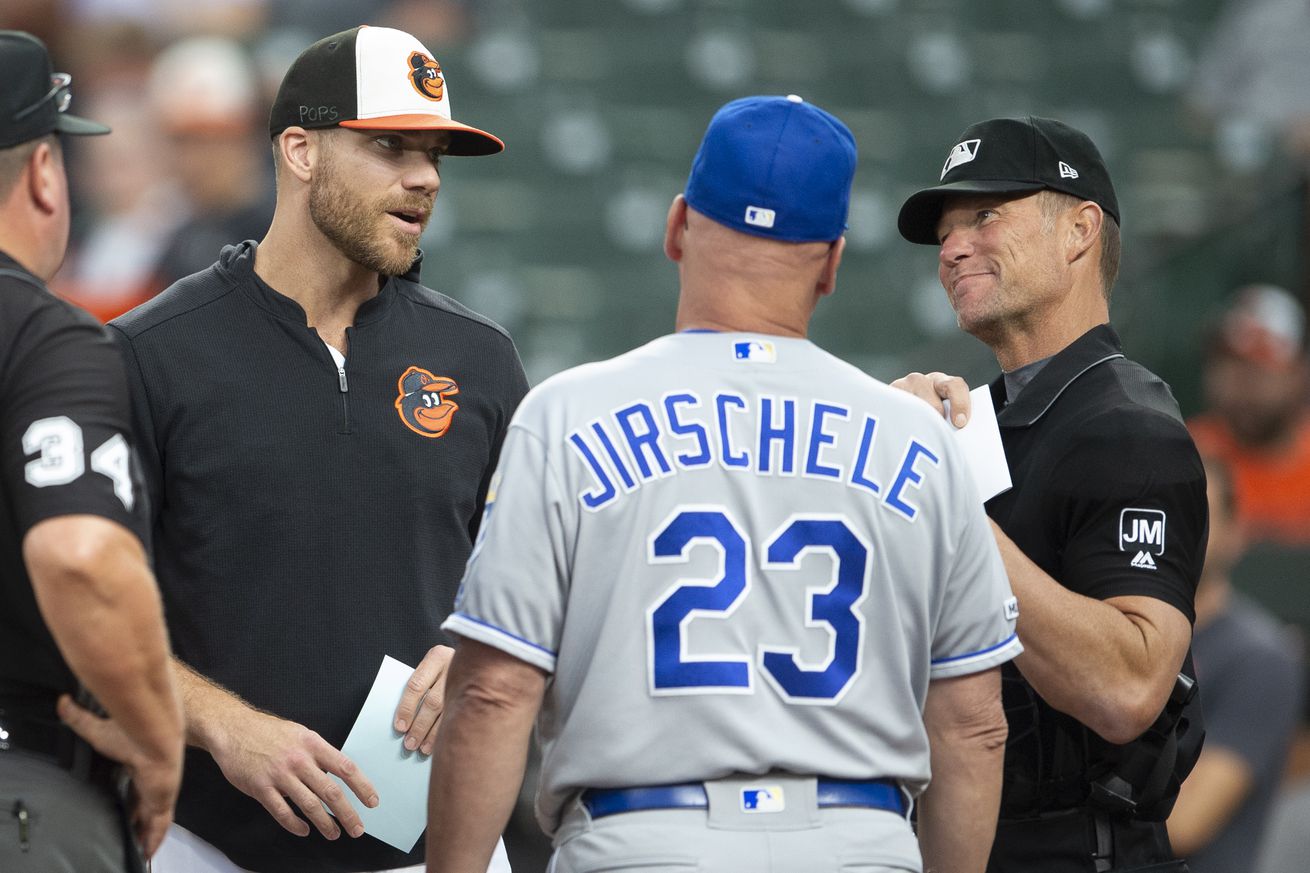 When he’s not letting teams off the hook for cheating or floating ridiculous changes to the playoff format, Commissioner Rob Manfred has worked to come up with some new rules for the 2020 season. These won’t be radical changes to the game, but will have some effect on strategy, particularly when it comes to pitching decisions. Let’s take a look at the announced rule changes for the 2020 season.

Baseball has been concerned with the pace of play, and pitching changes are an easy target. In 2013, baseball set a record for the number of pitchers used per game, and that number has gone up every season since. There were around 2,500 relief appearances last year that lasted two hitters or less.

So baseball has sought to limit the LOOGY (Left-handed One Out GuY) by requiring each reliever face a minimum of three hitters unless the inning ends. So you could still see a number of one-out relievers if they do their job and end the inning. There is also an exception for injury or illness, at the judgment of the home plate umpire.

This may be a solution in search of a problem, as Baseball America’s Matt Eddy showed that the number of batters faced per pitcher has actually gone up the last few seasons. This most impacts the Royals with their usage (and potential trading) of reliever Tim Hill. But he wasn’t too shabby against right-handers should he need to face them (they hit .238/326/.429 against him last year) and just 41 percent of his relief appearances the last two seasons were facing two hitters or less.

Rosters expand to 26 players, but 13 pitchers only

If you’re thinking about shenanigans where the Royals can just call Scott Barlow a shortstop, baseball has thought of that too. Position players will be limited on when they can pitch, allowed to appear only if the game is either in extra innings, or the team is winning or losing by more than six runs. So Scott Barlow has to be designated one of the thirteen pitchers if the Royals plan to use him regularly.

How does the restriction on position players pitching impact two-way players like Shohei Ohtani? Ohtani is expected to be back on the mound by May, and Tampa Bay’s Brendan McKay could join him as a regular two-way player this season. Baseball will allow each team to designate one “Two-Way Player” without counting towards the roster limitation on pitchers, but the Two-Way Player must have pitched at least 20 innings and started at least 20 games at a position (including DH) with at least three batting appearances in either the current or previous season.

So if you’re thinking that Alex Gordon could be a “Two-Way Player”, he can’t, until he accrues 20 innings pitched this season – then he can serve as a loophole the rest of the year. Are you ready to see Gordo get on the mound that much?

No more clubhouse confusion! in past years, teams were allowed to call up anyone on the 40-man roster once September hit. Now they will be limited to only having 28 players on the roster, with a maximum of 14 pitchers. This could potentially limit some teams from getting a look at prospects up for a cup of coffee, but it also prevents teams from using a parade of relievers in September games that may determine pennant races.

Baseball used to have a 15-day injured list (known as a disabled list back then), but shortened it to 10 days in 2016. But the Dodgers, among other teams, began manipulating their roster to shuttle players back and forth between the active roster and either the disabled list or Triple-A, to essentially give them an extended roster.

To keep teams from doing this, baseball has lengthened the required minimum stay on the Injured List to 15 days for pitchers and Two-Way Players only, and has required teams keep pitchers in the minors on options assignment for at least 15 days before being recalled (unless they are replacing an injured player). This should stem the rising tide of players being placed on the injured list and keep pitchers from ridiculous shuttles between the big leagues and the minors.

Managers will now have 20 seconds to challenge a play rather than 30 seconds. I can’t say that this rule seems strictly enforced, but Bill Duplissea is under the gun now.